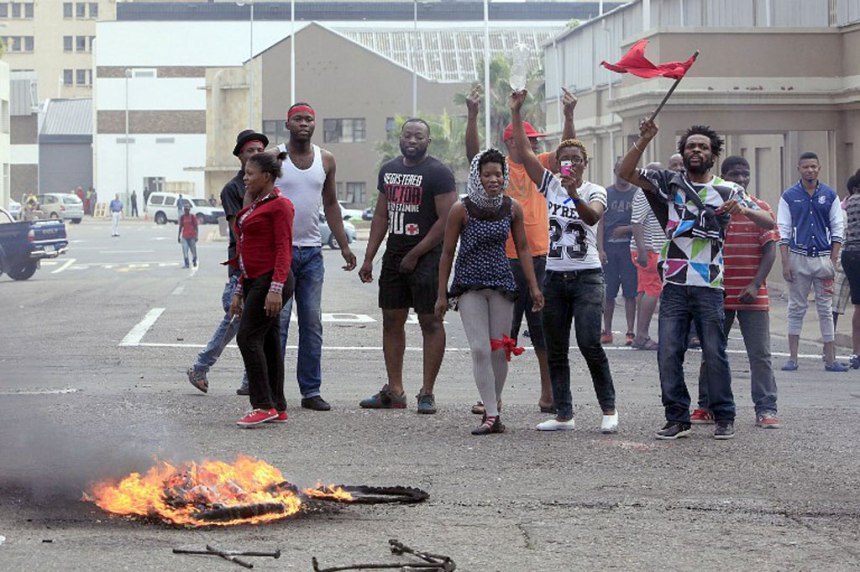 Armed protesters are on the streets of Johannesburg, South Africa demanding the immediate departure of foreigners.

Sowetan Live, a South African newspaper, the protesters, who carried weapons such as knobkerries, are waiting to be addressed by Mangosuthu Buthelezi, a notable politician and Zulu tribe leader.

The protest is coming one week after attacks on foreigners sparked reactions across the continent.

Nigeria, Rwanda and Malawi pulled out of the World Economic Forum (WEF) in Cape Town while Zambia cancelled an international friendly match with South Africa over the violence against foreigners.

In reprisal attacks in Nigeria, South Africa-owned businesses were targeted.

An MTN office was burnt down in Ibadan, Oyo state, while another office of the telecoms giant was vandalised in Abuja.

How to end xenophobic attacks, by Nigerians in Cape Town