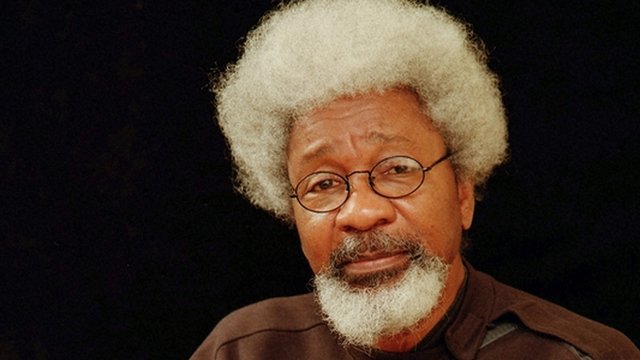 BEING THE COMMUNIQUE OF THE 2018 GRAND NATIONAL POLITICAL SUMMIT, HELD ON WEDNESDAY, 21ST MARCH, 2018 AT NICON LUXURY HOTEL, ABUJA

We the over five million registered members of the Grand Political Coalition of newly inaugurated Fresh breed rainbow political movement facilitated by Nigeria Intervention Movement, NIM, comprising 35 Registered Political Parties in Nigeria,  Labour and Civil society Leaders, Women groups, Youth movements, the coalition of Persons with special needs, Professional Icons, eminent national leaders and other prominent stakeholders in Nigeria, following the adoption of the manifesto and constitution of our newly inaugurated movement and a careful overview of the presentations, deliberations and inputs of our leaders and cadres at the 2018 Grand Political Summit held at the Nicon Luxury Hotel, Abuja on the 21st Day of March, 2018, hereafter state the following as our Agreements and Resolutions.

OUR AGREEMENTS:
We are collectively unequivocal that:
1. Nigeria is tilting rapidly towards social and political disharmony and anarchy. Therefore urgent political actions must be put in place by all well meaning folks to stem the drift and rebuild social cohesion amongst the Nigerian citizenry

2. The present governance structure of Nigeria must therefore be constitutionally redefined and structured to be more democratic and citizen inclusive

3. There must be a concerted drive to bring about a new Nigeria that works for all and such new Nigeria, in our view, must guarantee the safety and freedom of each citizen of Nigeria

4. That wanton killings in whatever guise of Nigerians is unacceptable and viewed in serious terms as pure failure of governance and political system at both the National and Sub –national strata

5. Every Nigerian adult must as a matter of social responsibility obtain a voters card and participate in the recruitment process of public office holders, who seek for elective offices, and that the Grand Coalition as an interventionist force should interface with all willing political forces who share the above stand towards developing standards for all aspirants or candidates aspiring for elective office in the 2019 elections.

OUR RESOLUTIONS:
Based on the above we have resolved to;

i. Work in unison under the umbrella of the newly formed Grand National Political Coalition of the diverse peoples, movements and stakeholders of Nigeria towards overthrowing the current decadent pauperizing political order in Nigeria and to replace it with a prospering democratic and inclusive political system and culture

ii. Commence nationwide sensitization, advocacy and public awareness program on the need for every adult citizen of Nigeria irrespective of class and creed to obtain a voters card and engage in the emerging ballot based-PVC revolution initiated by NIM to democratically dislodged the entrenched corruptive political order in the country

iii. Identify and recruit more national change agents and credible leading lights of Nigeria, who would become champions towards the actualization of a new Nigeria of our collective dreams under the umbrella of the newly initiated Grand Political Coalition

iv. Engage in grassroot and mass media mobilization at all levels with special focus on local communities and the Youths ahead of the 2019 electoral revolution initiated by the movement

v. Organize rallies and meetings with social, cultural groups across the country with a view of pursuing our agenda for inclusiveness and collective ownership of the Grand Coalition of NIM

vi. Hold Zonal, State and Local Government summits simultaneously for the sole purpose of ensuring that all adult Nigerians not only obtain their voters cards but vote for the candidates that meet the agreed standards set by the Grand Coalition at the Summit

vii. Commission Researches,  production of documentaries, information leaflets, jingles and also the production and distribution of the NIM newsletters in English and all the major Nigerian languages towards the mobilisation of all Nigerians for the 2019 ideological paradigm shift in power configuration of Nigeria

Notable among those who gave their nod and backing to the Grand Coalition are; Nobel Laureate, Prof Wole Soyinka, who threw a big challenge to the movement to take back the country from reactionary forces, President of Nigeria Labour Congress, NLC, Ayuba Waba, who sent in a powerful delegation, which include Comrade Isa Aremu, Comrade Ikpe Obong and Comrade Peter Balogun to represent the Labour Movement, Elderstatesman, Air Commodore Dan Suleiman from the Middle belt, who was the first among the leaders to arrive the venue of the Summit, Dr Kalu Idika Kalu, Prof Pat Utomi, who provided the Summit with opening remarks, Northern Youths led by Alhaji Shettima Yerima, President, Arewa Youths Consultative Forum, AYCF, National  Youth Movements led by Abayomi Rotimi Mighty and Wale Ajani,

Mallam Sheriff Ashir of the Secretariat of Northern Elders Forum, 35 Progressive Political Parties operating under the banner of Coalition for New Nigeria, CNN, a platform being chaired by Comrade A A Salam, Chair of the Labour Party, Chief Adeniyi, Board of Trustees Chairman of the Accord Party, Engr Buba Galadima, North East Coordinator of the Movement, Senator Bassey Ewa Henshaw and Tony Iprinye Uranta from the Niger Delta, Chief Debe Odumegwu Ojukwu and Former Minister; Osita Chidoka leading the South East to the Inauguration, Hajia Aisha Aliyu, National woman leader of the Movement, leading mammoth presence of women groups at the Summit, Dr Dan Musa and Dr John Darah, leading the North central delegation, Alhaji Dr Tanko Yinusa, Chair of the National Conscience Party, NCP, who led a high powered delegation of Conference of Nigeria Political Parties, CNPP to the Summit,

LEADERSHIP OF THE COALITION

The Grand Coalition of NIM subsequently endorsed a high powered Steering team, a mixture of both youths and Elders, being co chaired by legal luminary and human rights advocate, Barr Olisa Agbakoba SAN and a renowned medical expert and son of the former Prime Minister of Nigeria, Alhaji Dr Tafawa Balewa. The Steering committee is scheduled to hold its leadership meeting on Wednesday in Lagos to agree on a strategy plan and the choice of Presidential Candidate for the coalition ahead of the 2019 general elections in Nigeria