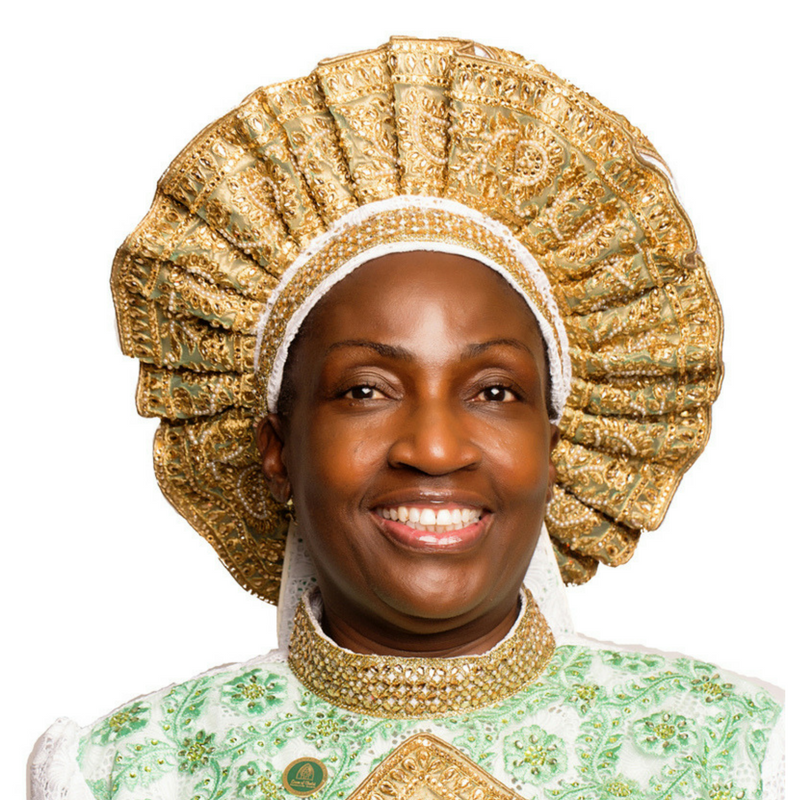 Over the past 20 years or so, I have worked with some fascinating characters: from Hollywood icons to royalty; pop stars to politicians; presidents and prime ministers; sporting heroes, superstar celebrities, captains of industry among others are all grist to my relationship mill.

I have heard every sort of story, told by every type of person, but I can truly say that I have never heard a story as that of Esther Abimbola Ajayi. I have never met anyone as her either. There is a good chance that you have never heard of Rev Esther Abimbola Ajayi either. Something told me that over the next couple of months this is about to change.She is embarking on a full-frontal assault on culture: releasing her book, CRAZY FAITH. That is not all. She will be building a new church; launching a new website; setting up an online fitness community, aimed at Christian women. Besides, she will also be  launching a TV series about her life… Phew!

When you first meet Rev Esther, you are immediately struck by her energy. She has real ‘swagga’. Not in an arrogant, look-at-me kind of way, but with a self-confidence born out of a clarity of purpose and identity.  She bounces into the room like a ‘force of nature’, and her conversations are punctuated with “It is going to happen at some points” and “God is in it”.Though, in her 50s, with little or no presence on the newer social platforms, she is tailor-made for the Twitter, Instagram and Snapchat generation, possessing a natural ability to convert her many thoughts and ideas into tweets and sound bites.

I first met The Rev Esther at her church, Love of Christ Generation C&S Church, in Clapham. (The C&S stands for Cherubim and Seraphim). Rev Esther is proud of her church; it’s an impressive listed building. The interior design is immaculate. The sound and vision set-up is a state-of-the-art, and it’s clear they have cut no corners in creating a modern, but warm character-filled place of worship.

As I walked around, being a keen property wannabe, I started to do some mental calculations, and I tacitly told myself that it must have cost a major fortune to do what they have done. I came straight out and asked the question: “What did the place cost?” Without missing a beat, Rev Esther told me:  “It cost over five million pounds to buy and renovate. It was bought cash. No mortgage.” How on earth could they afford to buy a building like this – in cash – and afford to renovate it? She proceeded to tell me the extraordinary story of how they came to own the building.

“Things had got pretty bad for us financially. I couldn’t afford to even rent a house or flat anymore, so we ended up living in cheap hotels and B&Bs. It was awful for my two daughters and I. Even though we were living in a hotel room, we continued to worship and have church. The problem was that people weren’t willing to have faith in a pastor, who was living out of a suitcase. So, I started praying for a church building.

I thought: ‘Imagine, I come from a well-off family back home in Nigeria, and here I am, living in a bed & breakfast in Romford.’”

“I believe in the power of prayer, that prayer changes things. I’ve seen it happen in my own life and in the lives of others. I told everyone I encountered that I wanted a church. If you asked me what I wanted for Christmas, I would tell you, ‘My cathedral.’ I continued to pray and trust God for the church.

“Someone shared a vision with me that the church would be mine, and would have a number three in its address. Through a set of circumstances, I was led to an empty church in Romford, and the number of the address was 333. This had to be it. “I went back and told a few remaining members still with us. We were excited.” As she recounted the events, her face lighted up.

“That year, I had been to a Mike Murdock conference, and he said that you should print a picture of your prayer request and put it around your home. So, I did. I took photographs of the church, and stuck them all over my house.

Another vision came that I should walk outside the church and pray. How long should I do it? No time limit. So, I did. I prayed in the sun.  I prayed in the rain. I prayed in the week. I prayed at weekends. I prayed on my own. I prayed with my family.  I felt as Joshua and Jericho! “Do you know how long I walked and prayed in front of that church? More than seven years, and guess what? Nothing happened regarding the church, but there was one thing that didhappen: one by one, the members left and I was left with one member… My daughter’s best friend.

“One evening, I got a call from someone, who was asking for prayer. I remember the call as if it were 10 minutes ago. The person shared her heart and I began to pray. For some reasons, I was prompted to call on the various names of God: Emmanuel, El Shaddai, Adonai, Jehovah Nissi, Jehovah Jireh, Jehovah Rapha… At the end of the prayer, the person told me that nobody had ever prayed for her like that.”

That encounter would lead to a change in the  Rev Esther’s life, the lives her family members and the lives of countless others beyond belief. The Rev Esther soon found out the person she had prayed for was an influential figure within the Nigerian society. The lady would later call on the Rev Esther for prayer again. That  time, at her home. Rev Esther poured out her heart in prayer and, again, called on the different names of God.

I have observed that there are two true constant things in Rev Esther’s life, which are never far from her hands or from her lips: prayer and her phone. She is always on the phone, and I don’t mean it in a ‘she-uses-it-a-lot’ kind of way. I mean, she is literally always on the phone.

And… she is always praying. Seeing her praying on her phone is a sight to behold, almost as though the phone is an extension of her being – the perfect balance between a woman, a device and a purpose, which is to facilitate prayer.

How Living With FELA Shaped My Life! FELA’s Protege, DEDE MABIAKU Opens Up