Home Business Study: High-performing colleagues push up the performance of others
Business

Study: High-performing colleagues push up the performance of others 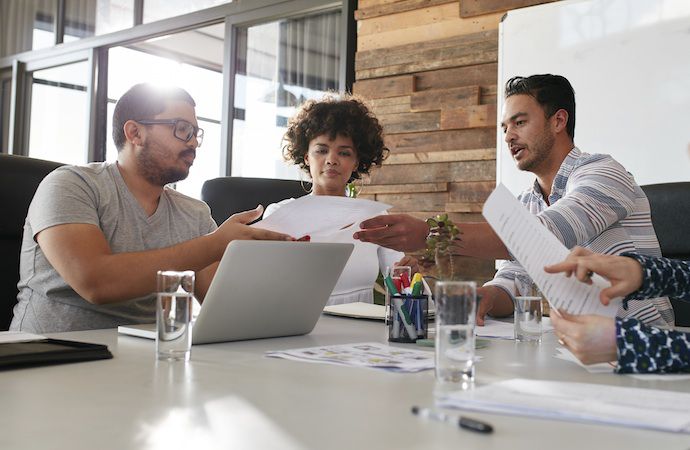 A new study that was conducted by researchers from the University of York and the Centre for Research and Analysis of Migration at the University of London – published in the journal American Economic Review – have found that workplace peer pressure is a phenomenon that exists.

According to the study, the presence of high-performing co-workers are quite likely to increase the performance of another individual due to what the study refers to as peer pressure.

The study states the chief reason for this is probably because of the pressure one co-worker may feel to keep up with a co-worker that’s perceived to be better.

“We would expect that some positive practices would ‘rub-off’ on co-workers, and in fact we knew from previous research that such effects exist for specific occupations,” Dr Thomas Cornelissen, one of the study researchers, said  in a statement.

“For example, a US study showed that supermarket cashiers scanned shopping items faster when they worked the same shifts as fast-working employees. Our research showed that this effect was not unique to shop workers, but is applicable across many low-skilled jobs, such as waiters, warehouse workers, and agricultural assistants. Moreover, our results show that improvements in performance due to co-worker quality raise a worker’s wages, something that hadn’t previously been analyzed,” Cornelissen went on to explain.

At the beginning of the study, the researchers were uncertain of whether improved performance from co-workers because of the presence of a high-performing one was due to learning from the colleague or was it because of peer pressure. But upon further analysis, which included looking into what happened after a high-performing co-worker left an organisation, the study was able to conclude that it was peer pressure.

The research does however indicate that this doesn’t necessarily apply to high-skilled occupations such as architects, doctors and lawyers. Part of the reason for this, cited by the study is that it’s not as easy to observe working practices of colleagues in a highly-skilled environment than it is in a low-skilled environment.

“There are many challenges to conducting this type of work, such as the structure of the company, how to accurately establish cause and effect between co-workers, and finding a measure of good and poor performance,” Cornelissen said.

Cornelissen concluded by saying that this research is important in re-thinking policies such as those that encourage working from home, and in  the way that an office space is set up because it suggests that colleagues might be more important to the bottomline of an organisation than one may think.

Study: High-performing colleagues push up the performance of others was last modified: February 16th, 2017 by Arinze Ago