Super Eagles Camp Bubble Ahead of Friendly Game With Poland 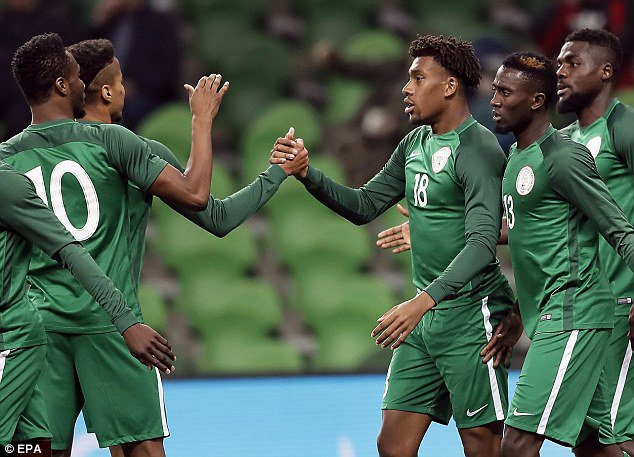 The Super Eagles of Nigeria have begun to arrive camp ahead of Friday’s international friendly versus the White and Reds of Poland on March 23.

Gernot Rohr’s men will be lodged at the Radisson Blu Hotel in Wroclaw before taking on Adam Nawałka’s side at the Municipal Stadium Wroclaw.

Read Also: WHY MANY CELEBRITIES TROOP TO OUR CHURCH FOR PRAYERS

The game is one of the three-time African champions’ build-up matches for the 2018 Fifa World Cup Russia. They have been zoned alongside Argentina, Croatia and debutants Iceland in Group D.

Four days later, Nigeria will take on another World Cup-bound team, Serbia at the Hive in London.

You May Also Like: INTERNATIONAL FRIENDLY: EAGLES CAMP OPENS IN WROCLAW