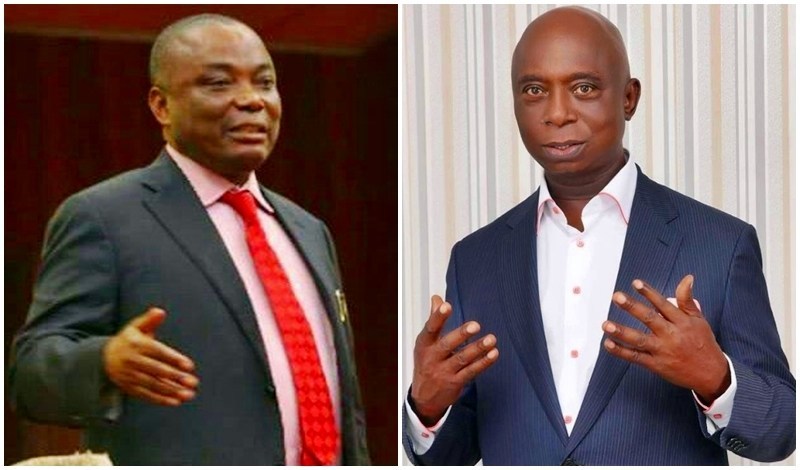 A five-man panel of Supreme Court Justices led by the Acting Chief Justice of Nigeria Tanko Muhammad, on Tuesday in Abuja, granted the application for an accelerated hearing in a case filed by Ned Nwoko of the PDP against Sen. Peter Nwaoboshi.

Nwoko is praying the apex court to upturn the Court of Appeal judgment which declared incumbent Sen. Peter Nwaoboshi as the duly elected senator for the Delta North Senatorial District.

This follows an application to that effect from Onyeka Nwokolo, Counsel to Nwoko.

The Court of Appeal Abuja had on May 30, declared Nwaoboshi as the winner of the PDP Delta North Senatorial primaries held in October 2018, which necessitated the INEC to issue him a Certificate of Return.

The Federal High Court Abuja had earlier in March 2019 declared Ned Nwoko as the authentic winner of the primaries, on the basis that PDP wrongly substituted Nwoko’s name with that of Nwaoboshi in the list of candidates submitted to INEC.

However, the current occupier of the seat Sen. Nwaoboshi through his counsel Anthony Idigbe, SAN, did not oppose the prayers for accelerated hearing, by Nwoko’s lawyer.

The apex court, however, rejected a cross-appeal from Idigbe for being defective.

Similarly, the Supreme Court declined to entertain a motion to be an interested party filed by Doris Uboh, the APC candidate in the same election.

The court informed her counsel Obinna Nwosu that the 14days permitted by the law to appeal a judgment had already lapsed.

The case was adjourned to July 9 for continuation.