Survival Instincts: How to survive being drowned revealed! {Illustrations} 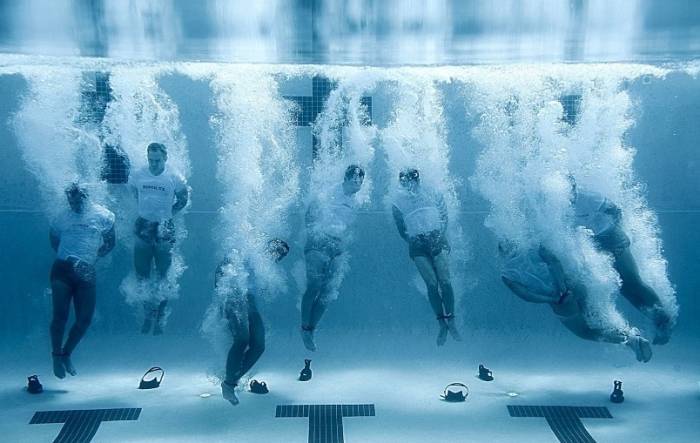 Clint Emerson, a retired Navy SEAL, wrote a nonmilitant version of the SEAL’s survival guide called 100 Deadly Skills: The SEAL Operative’s Guide to Eluding Pursuers, Evading Capture and Surviving Any Dangerous Situation. This book implements ways to survive unsafe and dangerous situations. He reveals how to survive drowning even if your hands are tied.

A mere 1% of people who sign up for basic training actually complete it. And even if you do complete it, it does not guarantee the trainee will become a Navy SEAL. The training is extremely gruelling and demanding to become a Navy SEAL. They are looking for the most extraordinary of all people. The best of the best, because after all…the country’s most important missions are in their hands.

Navy Seals are trained to operate in the Air, the Sea, and the Land. Due to the nature of their job, these noble soldiers have to be at their best not only physically but mentally as well. They have to be prepared to handle any life-threatening situation they are in.

Navy SEALS start and finish every operation through the water. A lot of their of training consists of standing in the ocean and not moving until they are told they can do so. In addition, they must stand waist deep in cold water and dive into ocean waters from a helicopter.

Navy Seals training also consists of learning to escape drowning, even while their hands and feet tied. They are dropped into a deep pool where they are responsible for getting themselves back to the surface on their own.

It has been said that to be a successful Navy Seal that 90% of training is the mental preparedness. They are constantly being told not to panic, and how important it is to keep calm in every situation.

Clint Emerson was the best of the best. He spent 20 years as part of the Navy SEALs, conducting operations around the globe before writing this book.

The first step to surviving a drowning attempt is to control breathing.
Filling the lungs with air helps the body to float. Sinking to the bottom of the pool is key. Crouch to the bottom and use that as momentum to push up to the top to breath.

The next step is the floating technique. Exhale into the water.
“Panicking, which can lead to hyperventilation, is the number-one enemy to survival,” explains Emerson.

Kick the body back, arching the back. The legs should be stretched up. Push the head out and catch a breath of air.

This technique gives you the ability to move and travel in the water. You can move the knees while you exhale in the water again.

While kicking the legs back you can also take another breath.

“When facing down, whether floating in place or using a backwards kicking motion to swim to shore, the operative should arch his back in order to raise his head above water,” Emerson wrote in his book.

Needless to say, breathing is essential for a person to survive. That being said, it’s easy to forget to breathe.

The question was asked, “What if the person is dropped in the ocean instead of a pool”?
“In rough seas, this may not give him enough clearance to get his head out of the water. Instead, a full body rotation will allow him to take a deep breath and then continue travelling forward,” explains Emerson

It’s important to remember NOT to attempt this survival tip in deep waters at first. Also, Emerson doesn’t recommend anyone trying any of these survival skills alone.

Survival Instincts: How to survive being drowned revealed! {Illustrations} was last modified: January 17th, 2017 by Arinze Ago