How To Tackle The Housing Problem In NIGERIA By ADRON Boss, OBA ADETOLA EMMANUEL-KING 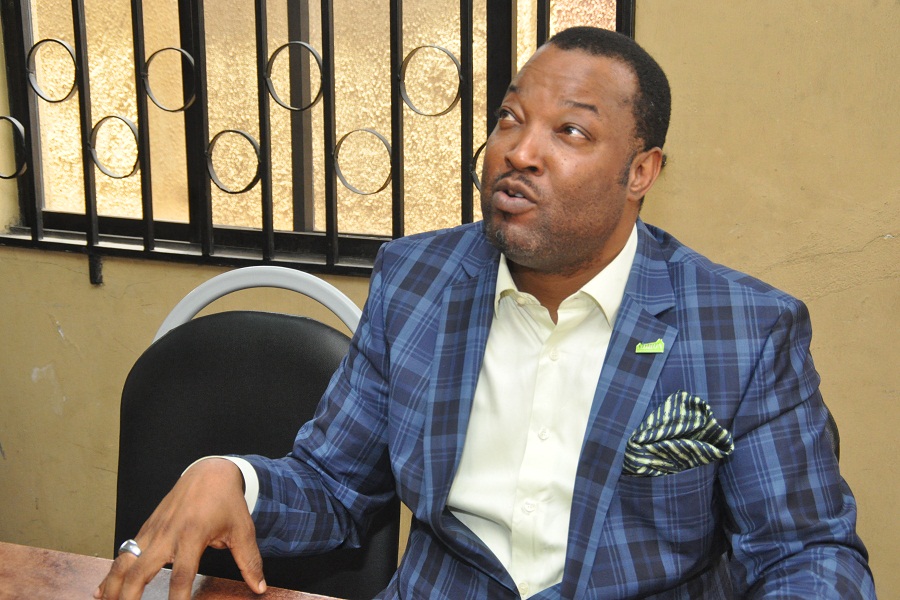 To say that shelter is a non-negotiable need of humans is to echo a truism audible to the deaf, visible to the blind and intelligible to the nit-wit. Even lower animals in the jungle do not trivialize the instinct of self-preservation by means of housing development and management. The pride of place allotted to housing issues by the Nigerian constitution is, therefore, a necessity imposed by nature. However, to say that the reality of housing in Nigeria is a reflection of its prominence in nature and our constitution would amount to a fallacy that is notably dishonest. Since independence, Nigeria has been struggling to ensure that every of its citizenry has a roof over his or her head. If ever there is any other sector that bests the housing in terms of policies, schemes, projects and any other form of problem-solving innovativeness, I am convinced, such can’t exceed one. That is if there any at all.

That the question of housing in Nigeria has engendered countless innovations is, to me, not a problem. At least, it signposts the desire of a community peopled by over 170 million heads to bridge the housing vacuum that has made tenement shelter even in a one-room apartment in most of our cities a luxury. The problem lies in the open and undeniable truth that in my beloved country housing is still the issue. A seemingly intractable problem that was in the 60s a behemoth which a large number of its few conquerors only succeeded with the aid of government’s helping hand and which, in the present days, has metamorphosed into a seeming spirit that my compatriots now compete to capture live, in a survival-of-the-fittest battle.

In my own understanding, the knotty nature of housing problem in the most populous black nation has been openly acknowledged by the current Buhari administration. Hmm! Drastic problems is indeed a necessity for drastic solutions, the acclaimed government of change seemed to have demonstrated through its record-breaking three-in-one merger of  the works, power and housing sectors under a single mega ministry which has been placed in a hand that is widely perceived as tested and trusted. The mega contraption known as the Ministry of Power, Works and Housing is, thus, a public confirmation of not only the perennial but also of the gargantuan nature of devaluation that the lives of Nigerians have been subjected to, with respect to these three necessities of life. Meanwhile, my bit, in this piece, is not to particularly register and analyze the anti-progress gap I see in this merger.  Kindly permit me to defer it.

Moving forward, of these three giants, homelessness is, in my view, the most intricate. The other two are relatively easier to surmount. Or, do I sound absurd? To get my drift, my reader only needs to realize that while power and physical infrastructure are communal products to be provided as a large pool from which individuals are expected to draw for personal benefits, housing is necessarily a personal service to individuals or, at most, to families. This is where the knotty issues lie. This is just why the highly expansive habitable land space of Nigeria has, so far, provided shelter for far less than fifty percent of the population. This is the secret beneath the unavailability of multitudes of existing and vacant houses for the teeming masses of the nation.

Against this background, our leadership and other stakeholders, at this critical moment of our chequered history, need to be pinched with some piercing needle of truth. If anything, it is a moment of change on the socio-political and economic sphere. Change! Not just of political captains, crew or cult as consummated on May 29 2015.  But! Change of a nation’s long-standing mistaken attitude that has conferred the identity of status-marker on house ownership.

To be candid, for as long as housing is not perceived and treated as a social product, millions amidst the populace would remain homeless, scavenging and hibernating in public places, while millions of exotic houses, owned by few of their compatriots, mostly remain vacant or, at best, under-utilized.

Indeed, the spirited efforts of successive administrations in Nigeria to achieve housing-for-all have, over the years, been rendered a nullity, majorly, by a methodology that betrays a perception of housing as an economic product.

Even if political exigencies will always make direct building and sales of houses by government unavoidable in our country or in any other developing one, I feel that it must come as a supplement to massive and thriving private investment in a conducive and healthily-competitive environment created through governmental policies.

In such a context of my dream, the social content of housing investment, would be contributed by government through regulatory policies that would not only assist private service providers to thrive on generally low costs but also ensure that their outputs, that is, housing products, are available and affordable to the diverse socioeconomic classes of Nigerians, reflecting the universal realities of the high, middle and lower class distinctions.

Through a social reality-based revolution in the housing sector, the market would, at all times, have something, not just anything, but havens of comfort, for everyone, particularly the least paid public servants currently on the statutory minimum wage of Eighteen Thousand Naira as well as the mass of self-employed traders and artisans occupying the lower space of socioeconomic activism.

One major auxiliary of this social revolution is a highly flexible payment system that would ease home-ownership through an income-friendly mortgage system. Through the payment of monthly stipends by low-income earners, ordinarily ‘unaffordable’ housing products would, thus, become affordable to the largest chunk of the populace.

The social investment contribution by government would be fore-grounded on the status of housing as a social security item which the 1999 Constitution describes as a primary function of government. In concrete terms, this will logically entail diverse official mechanisms aimed at reducing to the barest minimum, the costs incurred on land acquisition and processing by private service providers possibly registered under a special social security housing scheme by government.

Sincerely-speaking, it is not the case that every existing mould of private investors would automatically serve as a ready material for the social re-engineering hereby advocated. A line must be drawn between purely business-oriented investors, on one hand, and entrepreneurial-investors, on the other. My take is that it is the latter set that would help, in view of their relative longer-term profit vision, in contradistinction to the former.

Oba-Adetola is the Group Managing Director of ADRON Homes and Properties Ltd.

How To Tackle The Housing Problem In NIGERIA By ADRON Boss, OBA ADETOLA EMMANUEL-KING was last modified: April 30th, 2017 by Reporter

How I Ran LAGOS Branch Of NIESV...