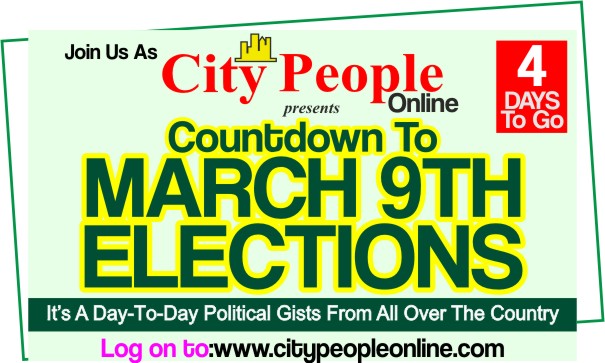 A Jalingo Division of the Federal High Court has disqualified the governorship candidate of the All Progressives Congress, APC, in Taraba State, Sani Danladi.

According to a report on Channels Television, Mr Danladi was disqualified on Wednesday from participating in Saturday’s election due to improper declaration of age.

In the ruling, the judge, S.D. Pam, said Mr Danladi provided false information about his age.

The first defendamt (Mr Danladi) is “hereby disqualified from contesting election as the candidate of the second defendant (APC)” in the March 9 governorship election in Taraba State, the judge ruled.

In a swift reaction, the APC in the state said the judgment was meant to demoralise its supporters ahead of the polls.

Responding through a statement by its state publicity secretary, Aaron Artimas, the party described the judgment as “mischievous and comical.”

It said the case was filed by “some unknown persons parading as concerned citizens, who raised the issue of a purported improper declaration of age by Sani Danladi.

“There also legal process involved in the substitution of candidates by INEC and therefore a court judgment does not automatically translate to disqualification to contest an election.

“By this explanation, we are calling on all law-abiding citizens and APC members throughout the state to remain calm and discountenance or disregard any issue or rumour regarding the eligibility of His Excellency to contest Saturday’s Gubernatorial Elections.

“Legal steps have already commenced to set aside this mischievous judgment which we view as another desperate attempt by agents of the PDP and the state government to escape defeat on Saturday.

“All APC members are hereby called upon to continue with their campaigns and preparations towards the elections. All our agents are also hereby directed to ensure that they dutifully accompany all sensitive materials and to ensure their distributions to all designated voting areas,” Mr Artimas said.