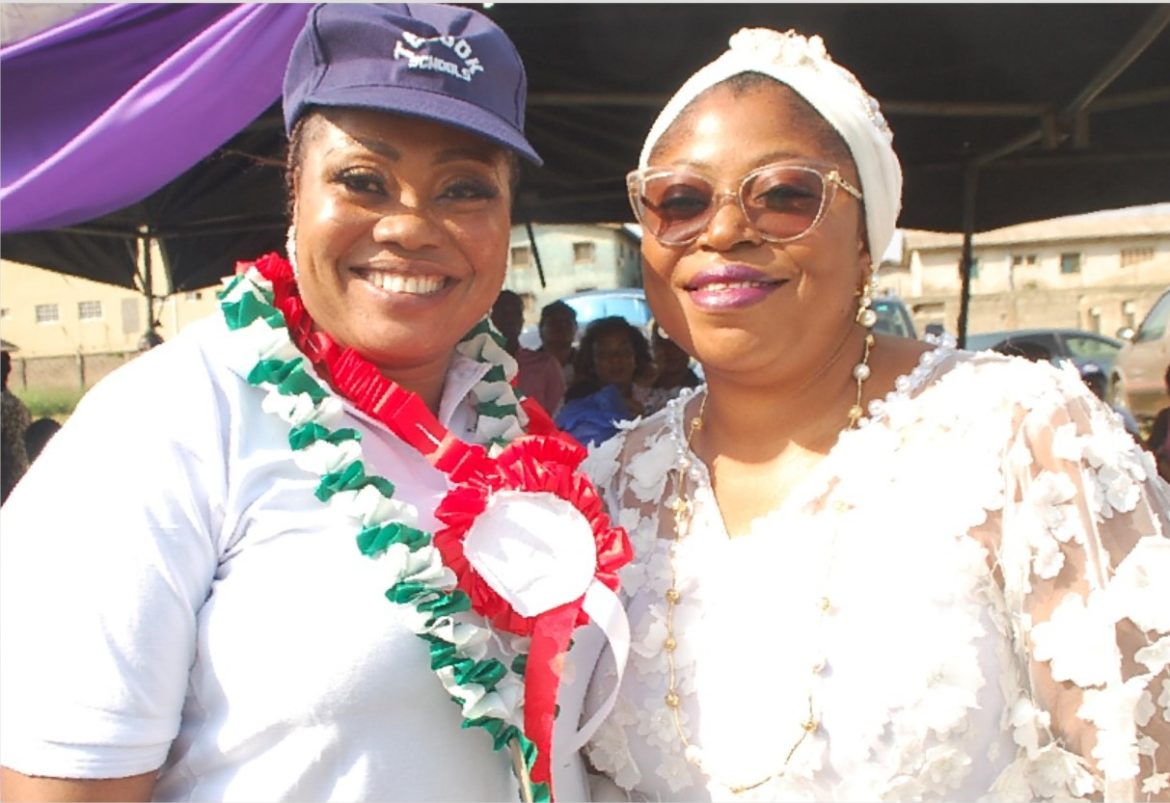 Tesjok group of schools is one of the best educational Institutions in Alimosho Local Government in Lagos. It is a collection of Government approved nursery, primary and secondary Schools with high standard facilities for day and boarding students. Saturday, 2nd March 2019, marked a new beginning for the school as it held its maiden inter-house sport at the Government Technical College Ikotun, Lagos. The event at exactly 10 am with an opening prayer by Mrs Adeyemi, after which the recitation of National and school Anthem followed. Guests were introduced by Bello Ajibola and Osman Isaac, who were the moderators.

The Chairman of Tesjok Group of school, Engineer Ojo, gave the special guests warm reception as they were invited to the high table. The School Director, Yeye Adejoke Moyosore Ojo, gave the welcome address, appreciating the Board, Administrator, Principal, Staffers, Students and pupils of Tesjok Group of School. She used the to appreciate the father of the Day, Prof. Olufemi Adeniyi, Mother of the Day Mrs Olufunmilayo Daniel, Chairman, Chief Akintunde Olufemi Ambode, for their immense support to the success of the event. She also gave thanks to God for making the dream a reality. She remarked that the dream of hosting an inter-house sport in the school has been a dream they had nursed for years until they were matured enough to handle it.

The Inter-House activities started with a march past by the students representing the Green, blue, red and yellow houses. It was a superb show as the houses had their kings and queens, Prince and princess gorgeously dressed in clothes that matched the House colour they represented.  Each Parade Commanders did an excellent Job as they co-ordinated their members in an orderly Manner.  The kings and queens presented bouquets of flowers and ceremonial garlands to the chairman and Director of the School.

The Chairman of the occasion Chief Akintunde Olufemi Ambode who gracefully attended in person spoke on the need of sporting activities among students. He encouraged the school to continue the good works, not forgetting that the world leaders in sports started as children. He advised parents to encourage their children to participate fully in ing activities as many of these children may find passion and career in sport. Who would ever believe that Christiano Ronaldo, a footballer, would earn as much as $500,000 per week? He also mentioned that sporting activities were good for mental and physical health and everyone should participate in them.

Tesjok Group of schools has been able to groom students who are mentally, physically and intellectually gifted. They have also brought out the best talent in their students. The students were given the opportunity to express their God given talents in dancing. They mimed and choreographed different songs that thrilled the audience.

In the overall Game and Events, Emerald Green house came 1st, winning with 41 medals, diamond Yellow House Came 2nd with 40 medals and Ruby Red House came 3rd with 38 medals simultaneously. The students of Dr. Seye Kehinde Emerald Green House were overwhelmed with Joy as winners of the school’s first Inter-house sport. They danced round the field with their Golden Cup. Their parents joined them in a photo session. They certainly felt proud and excited about their victory at the games.

At the end of the Games and event, it became obvious that sporting activities are important for both young and old because it strengthens the heart, lungs and bones. It keeps arteries and vein clear and give Energy. They reduce blood sugar level and blood pressure, control weight and help prevent cancer. They build self esteem and confidence, team work, perseverance, patience,emotions management, social skill, discipline and leadership skill. They also help to build the will to accept defeat, create happiness and also improve memory function.

How Primate AYODELE Got It Right On...