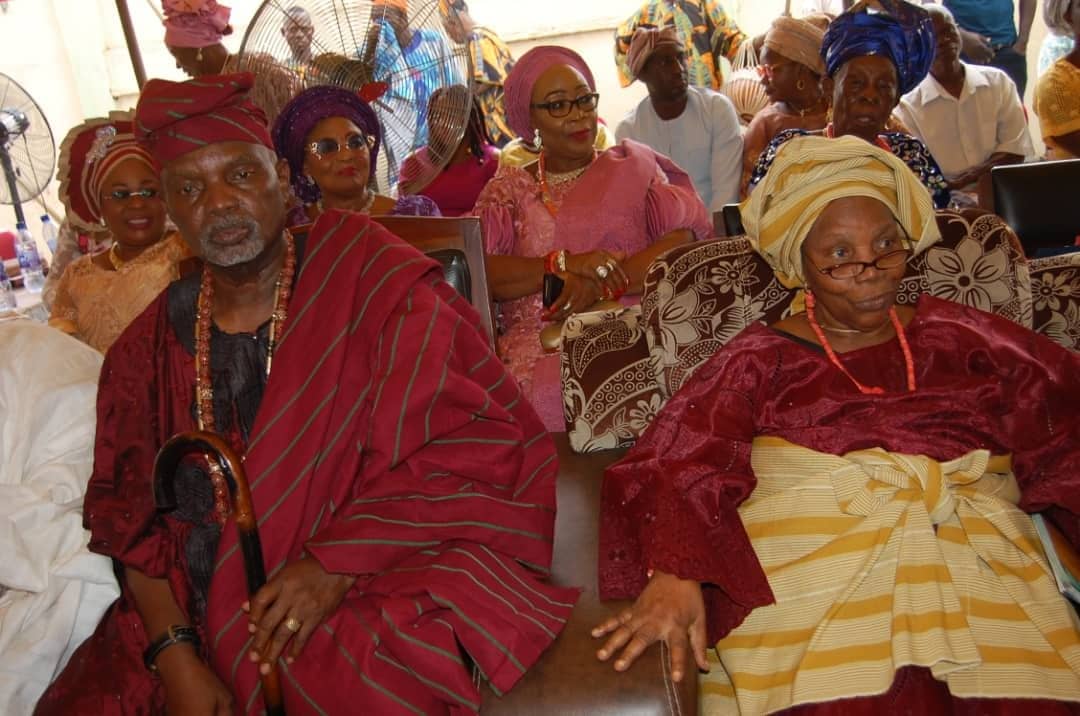 86-year old Iyalode Laduntan Oyekanmi, a scion of the Ladapo Family of Abebi Area and Balogun Ibikunle Family of Ayeye Area, Ibadan,trained as a nurse in England in the 1960s, and got married to Prince(Barrister) ‘Diti Oyekanmi, from the Royal Matanmi Family of Osogbo, Osun State of Nigeria, on12th August,1961. She retired as a Matron at the University College Hospital(UCH)Ibadan, Oyo State, after a meritorious service.

Her husband, Prince Oyekanmi was a Commissioner in the 1970s in the former Western State of Nigeria  Cabinet of a former Military Governor of the State, Colonel David M.Jemibewon, now a retired Major-General.

The Oyekanmis are blessed with adorable children and grandchildren, among whom are Barrister (Mrs) Folasade Adebayo, wife of Ekiti State Commissioner for Works, Mr. Sola Adebayo, Barrister Jide Oyekanmi and Architect Bankole Oyekanmi.

Every incumbent Iyalode of Ibadanland is the Matron of OACI.

My humble self, Oloye ‘Lekan Alabi, Agba Akin Olubadan of Ibadanland and the Chairman of the 2019 Omo Ajorosun Day Planning Committee is on the left of the photograph.For the record, I was the Coordinator of Iyalode Oyekanmi’s installation as Bada Iyalode, 44 years ago, as I am the Coordinator of her installation as the 14th Iyalode of Ibadanland.