Home News The APC Can Only Battle ATIKU With TINUBU
News

The APC Can Only Battle ATIKU With TINUBU 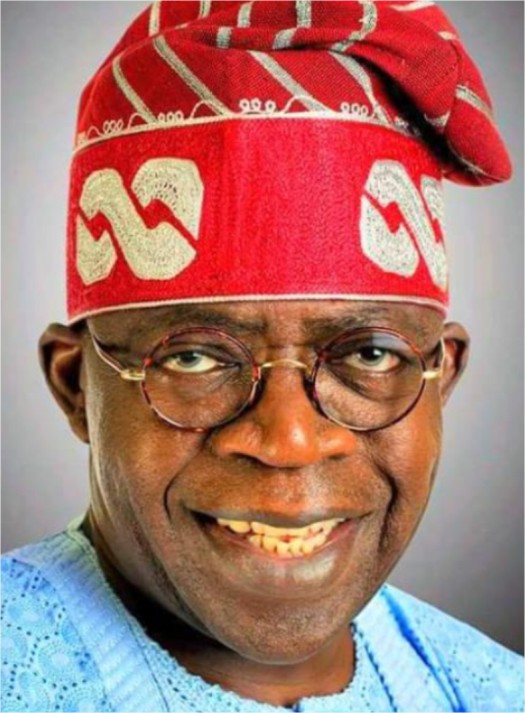 It is the way of the race. Just as Apostle Paul says, all run but only one receives the prize. But what prize? At what price? The view is now rife that the PDP ticket, in the words of Paul again, was a corruptible prize. For Paul, only the prize of heaven is without blemish. Even the UEFA Champions final was not going to share its glory with two finalists. Liverpool was not too far from the Madrid crown. It sniffed it but snuffed out after 90 minutes. Winning is not always about the fiery player but about the goals. As the good book says, the battle is not always for the strong. Time and chance bestow the jewel.

So, it was for Abubakar Atiku. The Adamawa chieftain beat the field, in spite of the husky uproar of Rivers State Governor Nyesom Wike. Before the primary, three big names bowed out. Sokoto State’s Aminu Tambuwal conceded charmingly to Atiku. Obi and Hayatu-Deen walked away, the former from the party, the latter from the race. Both cited an unfair contest. Obi cried that he was dumping the party. But it was the party that dumped him. The light-voiced fellow was pretending late in the game as though he did not know the rules of the game. He knew it was a contest of war chests. He signed up early. He wanted to war according to what Hayatu-Deen called obscene monetisation. He was mobilised to monetise. He then compared his war chest with his rivals. He discovered that, chest for chest, he had no cheers. He withdrew because he had no chest for the war. Suddenly he waxed into a righteous man who would not touch an unclean thing.  Shakespeare said conscience has made a coward of men. Money turned Obi into a man of conscience. Not because he was too upright to fight but because he was facing a certain catastrophe.

Hayatu-Deen was only naïve, fighting a contest of war chests on television and billboards when the spears and arrows of dollars flew about in the entrails of the grass roots. Atiku and Wike were constipating the delegates with their “materiel” of war.

So, to Apostle Paul again, Atiku won a corruptible prize, a dollarised victory. It was a bazaar of democracy, and what a bizarre duel. A democracy of the money men. Money and politics have never turned more obscene than the story of the PDP presidential primary. This is the price for a fraught delegates system, where a few handpicked fellows of less than a thousand decided for a major party to contest to govern over 200 million.

The open primary was tossed aside, and Speaker Gbajabiamila was a big voice for open and direct primaries. He evangelised its virtue as the gateway out of a democracy of vipers. But it was handed over to the plutocrats. We have made the political bed, and we must lie and snore on it. Maybe in another cycle, we will do well.

One thing is clear: PDP has overthrown zoning. By picking Atiku, the southern governors’ pact to uphold southern ticket has turned out a fatuous jamboree. Those who say Atiku’s win was a nod for the northeast are mistaken. Atiku is Fulani. If it is a northeast prize, then it should go to the Kanuri who fill that landscape from Borno to a big chunk of Jigawa. To present Atiku is to ‘Fulanise’ the northeast and cast swine before Kanuri pearls. The Kanuri will not appreciate that insolence.

So, Atiku is a Northern pick, not a northeast choice. It is a triumph of a selfish candidacy. Atiku has privileged his private fantasy over a fraternal nation. In his victory speech Saturday night, he said he aims to unify Nigeria. His mere candidacy defeats that idea. He was laughing at the south, at the Kanuri and his fair-minded Fulani folks, at the Igbo, Yoruba, Afemai, Kalabari, et al. He has soured the national palate. All those who want the country to feel like one people will be sorely disappointed. He is Machiavellian in the sorriest way ever. Here is a man, in moments of intellectual vainglory,  who drew the sword for true federalism and restructuring.

But the battle is set for the APC. Some have said the best way to counter him is to pick another person from the northeast. That will be a surrender to PDP poohpoohing of zoning. Again, you don’t play your opponent’s game, or else you admit he is better. Some have pointed Ahmed Lawan’s way because he comes from Yobe State, and the northeast. But that is a bad strategy. He comes from the northeast but northeast has not come to him. Even in his Yobe State, he does not have command of the political jugular. He is not even Kanuri, but hails from the Bade tribe, a small group in Yobe. Nothing wrong with that, except that he has not transcended it. He has not been able to rise above his insular appeal in his senatorial district.

The APC can only battle Atiku with a person who has the contacts and appeal of a nationalist. That person is not the Vice President either. Yemi Osinbajo has been campaigning with modest energy, and all he claims as strength is that he served under Buhari for seven years and he acted for some weeks. He has not drawn out any vision, or clarity of ideas other than an empty air of rhetoric. He has alienated the Muslims, especially in the north, and has shown himself incapable of breaking free of his RCCG cocoon. He was cut out of Asiwaju Bola Tinubu’s cloth, but now wants to declare himself as the fashion designer. At the burial of one of Napoleon’s descendants, the writer Victor Hugo wrote, “Just because we had Napoleon Le Grand (The great), do we have to have Napoleon Le Petite (The small)?” Even he could not handle Tinubu’s welfare ideas the administration appropriated and Buhari fired him from that task. He left him to shepherd the economy whose currency is now the north of 600 naira to a dollar.

Nor is Jonathan an option. His choice is to make the presidency go back north after another four years because he cannot seek re-election if he becomes president again.

The only option is to have a Tinubu as the candidate. It promises to be a gladiatorial contest. Even if Atiku won the ticket with money, you must give his plaudits. He did not enter the fray yesterday. He has been at it for decades, from under Yar-Adua’s shadow. He has become his own man with is own money, and structure across the country. He is a big name to fight in the national sweepstakes. He has contacts. He has people who swear by him. Forget that he has been the harlot of Nigerian politics, without a core of values other than the vanity of attaining political power. He has been able to show a muscle no one can ignore.

Other than Tinubu, APC has no one near Atiku’s prowess. The others are baboons waiting for a boon of anointing. Tinubu knows him well. In one of Atiku’s ashewo bus stops, he sought and clinched presidential ticket in Tinubu’s party. He knows Tinubu is a tough cookie to crack. Tinubu knows business more than he does. He has done it for himself. He has done it for Lagos, the model for all states who want to plough out of economic doldrums. Both even belonged to the Yar’Adua group of yore. They both have grown to be different men of stature.

But APC knows Tinubu has an edge. Tinubu has been across the country, and has made contacts that outmatch Atiku region for region, tribe for tribe. In the field of ideas, Tinubu is original. Atiku has nothing but to ape popular tropes. Both have troops, but Tinubu has a heftier one. Tinubu has strategised to defeat Atiku. Atiku has no such record against him. With Atiku’s victory in PDP, half the battlefield is opened. The other half is in the offing.

The option for APC is whether they want to win with Tinubu, or lose without him. Do they want to fight a lion with a domestic cat or a bigger lion? It’s a battle of pound for pound and guile for guile. It will be a thriller. A week from now will prove it.

The APC Can Only Battle ATIKU With TINUBU was last modified: June 16th, 2022 by City People