The Break Up Of NIGERIA Is Imminent – IBADAN Prophet, WALE OLAGUNJU 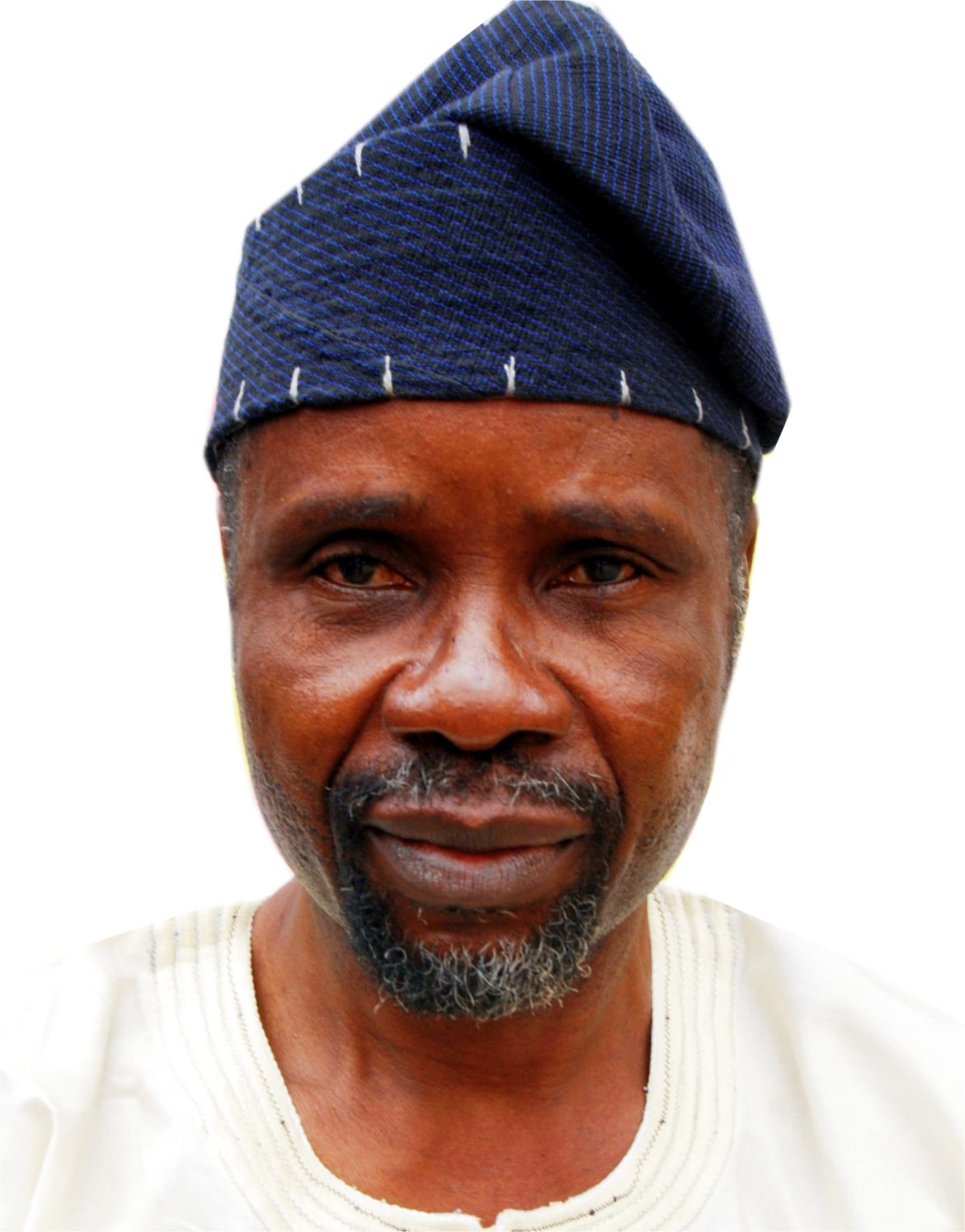 Prophet Wale Olagunju is a popular Ibadan man of God who usually comes out to give timely warnings to the nation.

Last week, he told City People that if care is not taken, Nigeria will be plunged into a major crisis which may lead to the breakup of the country.

“Concerning the current economic hardship being experienced in the country, what exactly can you say is causing the problem and what do you see as the way out?”

It is corruption. The root of this so call hardship is corruption and nobody can tackle this problem. The military were there, they told us that they were fighting corruption for many years without any success, they handed the baton to the civilian and they too started the fight against corruption for over 20 years now also without any success. Nigeria is worse hit by corruption under the present regime. Buhari claimed to be fighting corruption without anything to show for it. Corruption has successfully entered into the bloodstream of many and prominent Nigerians and it has become cancer in their blood-defiling cure. When I say corruption, I mean sin. Many people don’t see corruption in that light and in the actual sense if we want to call corruption its proper name, it is a sin against God and mankind. It is killing and that accounts for why Nigeria is presently where it is. Also, the church of Christ which is the hope of the world is not helping matter as regards corruption. Corruption has also found its way into the church. The church of Christ is now in a sorry state and this is very sad.

“How will you react sir to the kidnapping of School Children in various part of the Country with evident neglect by the Government to arrest the situation?

Today under President Muhammad Buhari, insecurity has reached a stage where people are being kidnapped in broad daylight. We have read of situations where bandits, kidnappers or whatever name you call them go into peoples’ houses, farmlands or wherever they are sure of catching their target, kidnap the helpless citizen without the Government being able to do anything on it. The next thing you hear in many kidnap situations is negotiation for ransom and in some cases if people are unable to pay the ransom; the bandits would go-ahead to kill their catch. The Federal Government of Nigeria under President Buhari is also fond of pampering the bandits by negotiating with them and promising them amnesty while they go about threatening those genuinely fighting for freedom from government oppression.  There are even situations where they collect the ransom and also go-ahead to kill their victim. Under President Buhari, the ship of our country Nigeria is heading towards destruction. I am convinced that Nigeria Nation is on the verge of total collapse and breakup as predicted by me.

“To me, why should the Fulani herdsmen be killing people just like they are killing fowls. These territorial terrorists and provincial principalities have succeeded in killing thousands of innocent Nigerians just like that under the APC government without any remorse. In Nigeria today, nobody is safe any longer. You will agree with me that in Nigeria today, you are free to go about with AK47 as long as you are a Fulani  Governor told us that these territorial terrorists have the legal right to carry AK47 rifle, indicating that these terrorists can roam the bush under the pretense of herdsmen to kill, rape, kidnap school children and destroy innocent Nigerians with the government doing nothing. I have been saying it and will reaffirm it that Buhari is a bad investment.

Recently, the acclaimed Freedom Fighter, Sunday Adeyemo, popular known as Igboho issued an ultimatum to the Fulanis in Igangan to quit that place. What will you say to these?

The one-week ultimatum issued by chief Sunday Igboho does not in any way catch me by surprise. I am not surprised because the President of the Arewa Youth Forum Issued similar ultima to the Ibos residing in the North, what happened to him as a result of the notice? Nothing. So, what are we talking about? Igboho has done the right thing by issuing the ultimatum, do you expect everyone to keep quiet while our people are being murdered in cold blood on daily basis, If the government that is supposed to curb the menace has abandoned that responsibility in the name of ethnic bias, chief Sunday Igboho who feels the pains of His people has done the right thing and as a matter of fact should be encouraged and supported by all Yoruba people.

The point we are driving is this, serious marginalization is ongoing in Nigeria, ethnic bias is clearly demonstrated in this country by the Muhammad Buhari-led government. Look at the appointment at the Federal level. Just last week, 25 Justices of the Court of Appeal were appointed. Out of these 25, 21 were Northerners, 2 from the South-South and 2 from the South-West. Nothing from the South-East. You can see the injustice we are talking about. Why is the Federal Government marginalizing the Ibos? It is just unfortunate that President Buhari allowed Nepotism, religious sentiments, tribalism and favoritism to destroy his government. Look at Sheik Gumi, he claimed to have met the terrorist negotiating on behalf of the Federal Government. He then came back to report that it was the Christian Soldiers that are killing Fulani Herdsmen and Boko Haram. Gumi allowed religious sentiment to creep into his head. We need to ask the Army why they only send Christian Soldiers to the North to kill the Fulanis/Boko Haram.  All they are playing is politics.

On the 2023 Presidential race, do you foresee Asiwaju Bola Hammed Tinubu as having any Hope?

In my prophecy, I have stated clearly that Bola Tinubu’s presidential ambition is a mere waste of time and resources. Bola Tinubu should direct his energy, time and resources to other areas that would benefit him and those around him. There is no amount of money that he injects into this ambition that will bring him any positive result. He should also stop wasting his time and energy.

“You have been speaking since 2002 about the imminence of Nigeria breaking up into Five Nations and we are currently seeing it unveiling. Do you see this as achievable?

Certainly yes. God is backing the breakup of Nigeria. God has been revealing it since 2002 up till date. The breaking up of Nigeria is imminent and if you are following the current trend you will agree that the hand of God is at work. Nigeria will ultimately break up into five nations as severally predicted. Whoever is thinking that Nigeria cannot break up should wake up from his daydream. This country breaking up is on the agenda of the Almighty God and nothing can stop it. If anybody says he has the solution to the problem and crisis in Nigeria, I boldly say the person/individual should pocket that solution, the solution that the Armies and Awolowo’s and Co have been looking for throughout the days of their life all to no avail so I prefer we should find a solution to both the cause and the crisis the solution is a total breakup.   The days are here. To the Yoruba Nation, I will advise their so call leaders against handing over the beginning and the end of the Yoruba Nation to the so call idols in whom many of them put their trust. Our forefathers worshiped these idols and it failed to save them. The so-called Yoruba Nation leaders should therefore instead of handing over the nation to the so call idols, think of beginning it with the creator of heaven and the whole universe because in the beginning was God and it was with him that the world and everything therein existed, so without Him, nothing could be.

It is over 20 years now that you took your bath, when will you take your bath?

I am yet to receive a directive to that effect from Almighty God. The time for that is in His hand. It is beyond me. Finally, let me roundup this interview by saying as God Almighty liveth, nothing can stop the Yoruba nation from leaving Nigeria. either through peaceful means or war, Yoruba is going as revealed to me by God Almighty. And my support for the actualization of the Yoruba nation is total.

The Break Up Of NIGERIA Is Imminent – IBADAN Prophet, WALE OLAGUNJU was last modified: March 30th, 2021 by City People

The Letter Late Chief LULU BRIGGS Widow Wrote To Him

How I Took SURULERE LG To The Next Level – Chairman, Hon. TAJUDEEN AJIDE