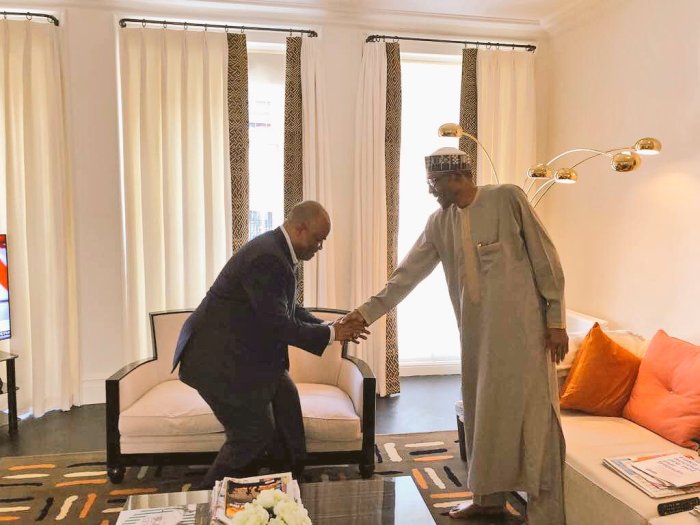 Adversity has been known to bring out with the best or worst in us, depending on the strength of our character. In a space of a few hours, Nigeria has witnessed two surprises from the Niger Delta region, the very battleground of all political machinations that present-day Nigeria can convoke.

The first was the dearth of value hitherto identified with Sen. Godswill Akpabio, the immediate past Minority leader of the Nigerian Senate, who has perfected his defection to the morality-plagued All Progressives Congress (APC) from the Peoples Democratic Party (PDP). Akpabio’s resignation as Senate Minority Leader followed days of rumours of his planned defection from the Peoples Democratic Party on the strength of both alleged monumental corruption linked to him and irreconcilable personal affrays with the current Governor of his home state of Akwa Ibom due to his own overbearing stance on the Governor.

While it cannot be substantiated whether Akpabio is truly corrupt as claimed by the APC controlled Economic and Financial Crimes Commission (EFCC), his inability to defend himself, to allow for an investigation by the courts suggests to the onlooker that he might indeed be corrupt, and as such, would rather toe the path of less inconvenience, which is to rubbish all that he has worked for, including his admirable political standing in Nigeria’s politics, and join the APC, which has suffered untold criticism by him.

Insiders however reveal that Akpabio’s volte face rather than on account of corruption is borne out of personal interest based on his conflict with his erstwhile mentee and current Governor of Akwa Ibom State, Udom Emmanuel. They say it is not necessarily due to EFCC’s threat of arrest for corruption. This narrative is likely to be the case as in spite of his long years of criticism of the APC, Akpabio has enjoyed the liberty of free speech without threats of arrests whatsoever, unlike some of his colleagues at the Senate, one of whom is currently in jail for corruption. The truth is, Akpabio has even alluded to his impeccable legacy in government in many occasions, which according to him, was the reason he is not in EFCC’s net in spite of his sharp criticism of the APC led government.

This was why it was shocking to many that he could cower to Buhari after speaking against him on innumerable occasions and in the face of the brazen dictatorial infractions by the Buhari led government on Nigeria’s democracy.

Thankfully, where Akpabio chose to cower, yet another federal legislator, again, one from the Niger Delta, chose to stand up to Buhari’s gestapo infractions on the sanctity of Nigeria’s democracy. A woman of no mean repute. An unassuming and soft-talking scion of Kalabari nativity and in particular the King Amachree lineage. The shrillness of her voice in daring the masked operatives of the Department of State Services to shoot at her, for seeking to question their purpose and loyalty to the Nigerian nation, while demanding access to her office reverberated across Nigeria.

Where a man of solid political pedigree like Akpabio chose to cower, a woman, hitherto unknown in Nigeria, at great risk to herself, chose to stand up and let her voice send the message loud and clear across Nigeria that Buhari has crossed the line. Rather than be a coward to sulk up to Buhari, she chose the path of the greatest inconvenience, which was to be a patriot in the face of fired-up barrels.

In the end, it was not about the accustomed sweet-sounding loquacity and sugar-coated verbosity associated with the fired-up oratory of Akpabio. The stronger one was she who did so when called to judgement and while standing on her own rights without a single appurtenance of her very office. Anyone can spit fire from a place of convenience. The challenge is who can stand up to the devil in hell?

That woman, Hon. Boma Goodhead, has indeed proven to have a better head on her shoulders. Akpabio is at liberty to cower in cowardice. We celebrate Boma Goodhead, a patriot of no mean repute; a Nigerian of the finest class. A proud daughter of Rivers State and a defender of Nigeria’s democracy!

Oraye St. Franklyn is a barrister-at-law. He is senior special assistant to Governor Nyesom Wike on Social Media. He is a strategic communicator and good governance advocate, writes from Port Harcourt, Rivers State. He tweets from @RealOraye. He is also on Facebook.

The opinions expressed in this article are solely those of the author.

The Challenge Of Cowering Down Or Standing Up To Buhari – The Curious Case Of Godswill Akpabio was last modified: August 10th, 2018 by Online Source

Why The IJEBU Can’t Forget The ODUTOLA...