The Day King Sunny Ade Danced & Sang For Obey At 80 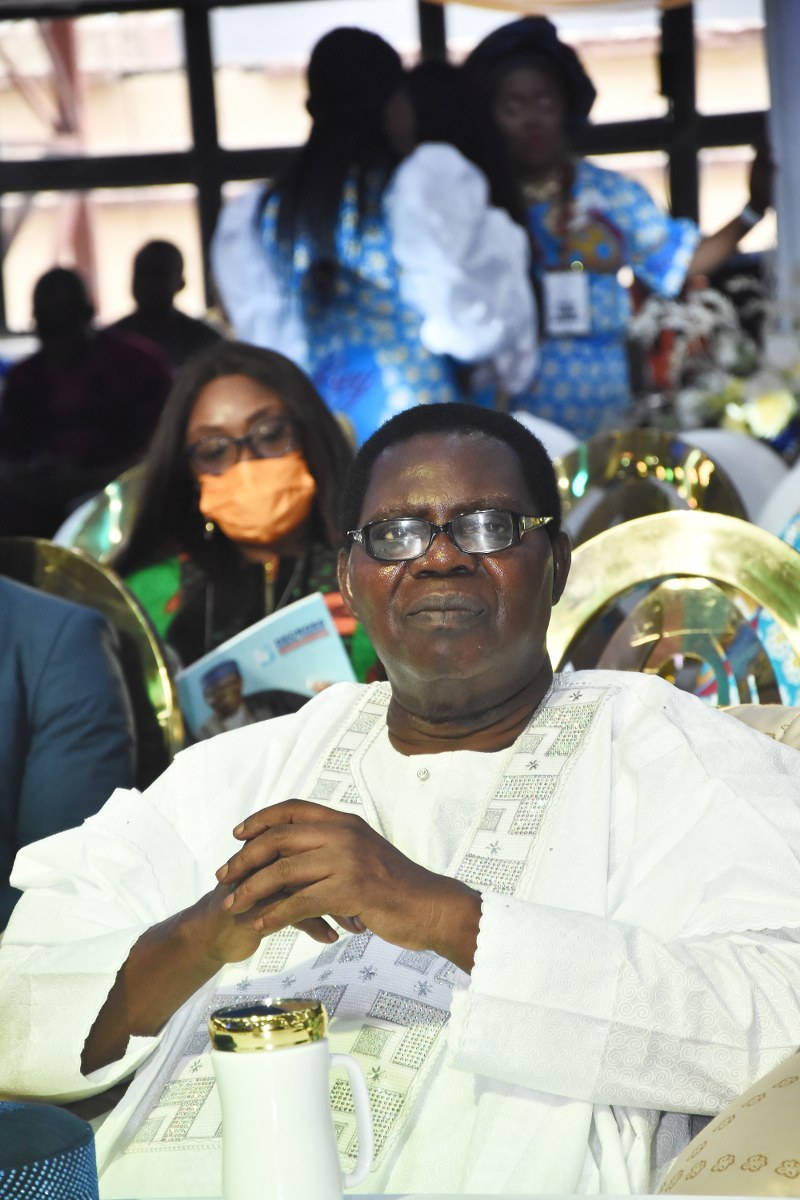 Many don’t know that music legends, Evangelist Ebenezer Obey and King Sunny Ade, are best of friends.Although Obey is 4 years older than Sunny,both have not let their age difference to affect their closeness.

Many people saw the extent of their closeness on Sunday 3rd, April 2022, when KSA stormed Baba Obey’s 80th birthday Thanksgiving Service held at his church, Decross Gospel Mission, located in Agege, Lagos.He wore an Agbada made from the birthday aso ebi,which had Obey’s photo stamped on it.

That Sunday which was Baba Obey’s actual birthday,was a special day for the church,where Baba Obey is the General Overseer.They hosted a lot of eminent Nigerians who came to celebrate,the music icon,who some have described as a living legend, in music.

That is true.This is because Evangelist Ebenezer Obey is a popular musician who, with his songs,has touched lives.He usually sends strong and re- assuring messages to his fans,all over the world,making his type of music to be generally acceptable by the young and old.

To celebrate his 80th birthday, his children and members of his church,the Decross Family, where he is the General Overseer, came together to organise a birthday thanksgiving service, with a mix of fiesta. The church premises was given a touch by the CEO of Dunamis event planners and her crew, while members of the church and guests trooped in dressed in a powder blue Ankara with the face of Baba Oni stamped on it.
The children of the celebrant and their spouses were easily identified as they stepped in dressed in a powder blue sequence lace material of different patterns. His sons wore white.
Citypeople spotted,Deacon Shina Obey, Aduke Obey, Bukola Obey olaiya, Mr Segun olaiya, Mrs fausat Obey, Deaconess Alero Obey, Lanre Obey, Mrs shola Obey, Tolu Obey, Jaiyeola Obey, Yinka Obey, Femi Obey, Pst bukola Obey, Busola Obey, Ajarat Obey, Hannah Obey, Titi Obey, Oreoluwa Obey and their grandchildren glowed differently,as they took their seats in a section reserved for them.

As the service was set to begin Gbenga Adeyinka, the 1st and Tunji Akintayo quickly took the stage to welcome the presence of the celebrant Evangelist Ebenezer Obey. After he was comfortably seated, the service sprung into life.
Quiet noticeable was the presence of great men of God who were invited to be officiating Ministers like Bishop Olubunmi Banwo, Rev.Dr.Supo Ayokunle, Pastor A.T Williams, Past Sam Jaiyeola, Rev Samson Bamgbayan, Rev Isaac Omolehin, Bishop Francis Wale-Oke, Bishop Akin-Akinsanya, Rev Margaret, Pastor Tunji Komolafe, Apostle R.O Ikotun, Rev Idowu Animashaun, Pastor Tunde Ojelabi, Pastor J.B Odofin, Pastor Dotun Ojelabi and his wife, Pastor Adetutu Ojelabi. The great choir of Decross Gospel Mission then took the stage to lead guests and members into a high realm of Praise and Worship. After this, other special guests like King Sunny Ade, Sir Shina Peters, Senator Adeola Olamilekan (Yayi), Ester Igbekele,Mama Obasanjo(the wife of the former president of Nigeria), Her Excellency, representative of the Alake of Egba land, the council of chief and others also joined the service.
After the sermon from Rev Isaac Omoleye, Vice President ,Yemi Osibajo made his grand entrance. Again the choir took to the altar to minister a special song to the celebrant, as King Sunny Ade stood up to dance.KSA was so visible at the event .He stood up to dance for Baba Obey thrice.
Shortly after the VP spoke about Evangelist Ebenezer Obey, the cutting of the cake took place with Professor Yemi Osinbajo supervising the process.
Bidemi Olaoba,a young and popular Gospel artist thrilled the congregation.
The high point of the event was Professor Yemi Osibanjo’s speech.He took to the stage to read out his speech,to talk about the importance of Evangelist Ebenezer Obey and his music to the country. He also went on the reference some evergreen songs of Baba Obey linking it to words of wisdom and foresight. After his speech, he was given a warm round of applause as he left the event.
After this came the offering and thanking session which had the congregation dancing and cheering,after which Rev J.A Adelakun(Baba Ayewa) also took to the stage to thrill the celebrant and congregation, before leaving the stage open for Esther Igbekele and the congregation to dance and celebrate.