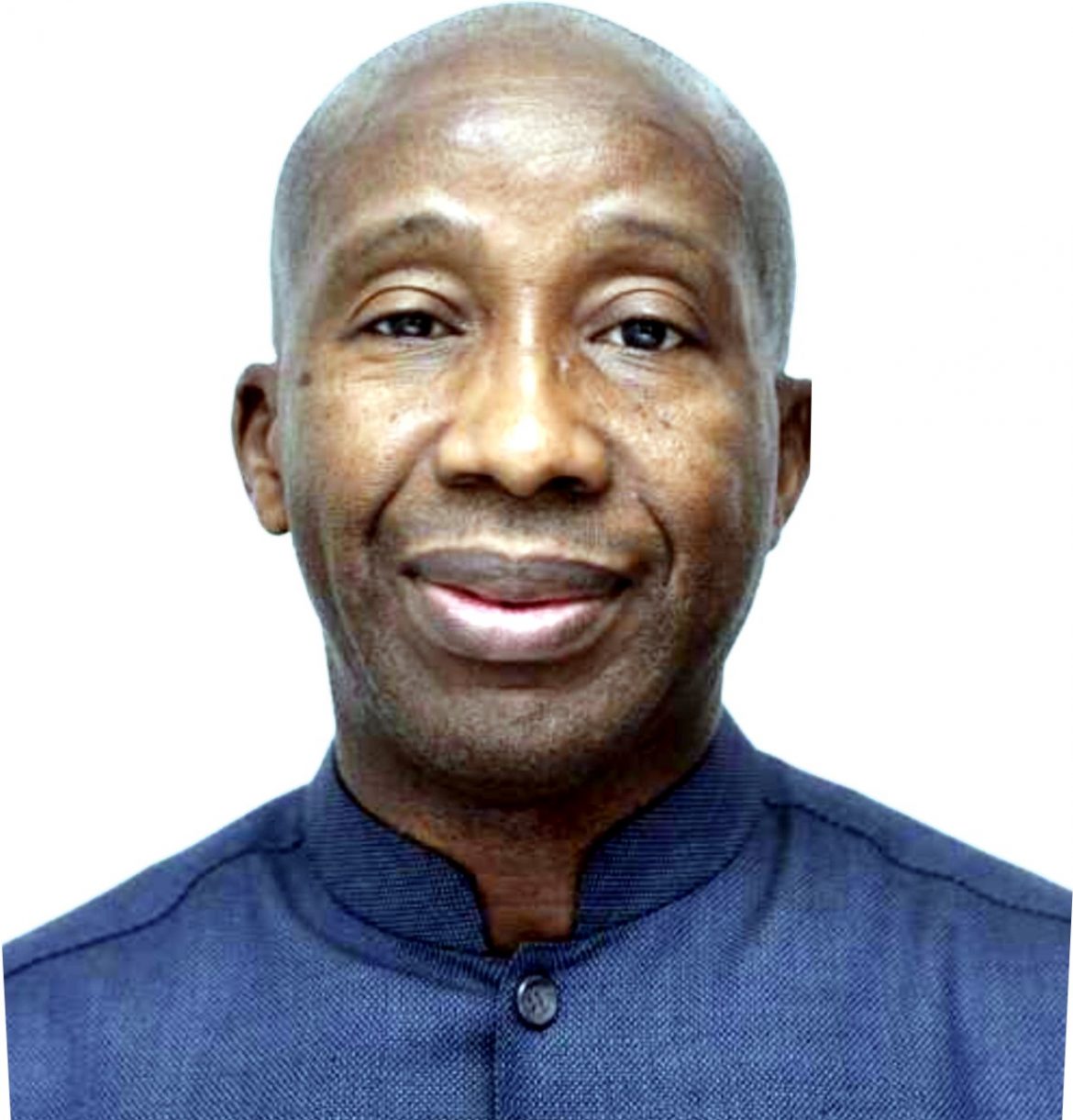 •Gists From The Rally In ABEOKUTA

Not in recent times has Abeokuta, the capital city of Ogun State, witnessed the gathering of party faithful, chieftains, leaders and elders as was seen last Thursday. It was a carnival of some sort. Dubbed the official declaration of Otunba Jimi Adebisi Lawal (JAL, as he is popularly called) for the Ogun State PDP governorship ticket, the atmosphere from the adjoining roads at Sapon to Isale Ake and its environs was electrifying.

As early as 9 am, men, women and youths from the 20 Local Government Areas in the state started trooping into the Ake Palace Grounds. They were resplendent in the customized green Ankara which had a PDP logo, Jimi Lawal’s pictures and the inscription “Otunba Jimi Adebisi Lawal for Governor, Ogun State 2023”. Others wore T-shirts and face caps to match.

Supporters of other aspirants also took advantage of the large gathering of party faithful, leaders and elders to literally market their preferred candidates for the 2023 general election.

The shouts of “Jimi Lafe” (which means it’s Jimi we want) rented the air as the duo of Musiliu Haruna Ishola and Boye Best churned out instructive and classical tunes in praise of the aspirant and the need for the electorate to elect him as governor of the state.

Earlier, plans had been made for JAL to be led from his campaign office at the Ijaiye area of Abeokuta by a convoy of vehicles and motorcycles. But, as a very simple man and a stickler for the time that he is, JAL literally pulled the rug off their feet. Before they knew it, he was at the Ake Palace Grounds venue of the event. He rode in the company of his police escort and an associate and before anyone could say “Jack Robinson”, he alighted from his Sports Utility Vehicle (SUV) and walked briskly into the venue. Not for him all the grandiose and grandiloquence associated with such an entry. He walked round to greet the people, waved at the others and took a middle seat on the right-hand side of the podium. Moments after, the Master of Ceremony (MC), Mr Yemi Shodimu took the centre stage and began to direct the affairs of the day.

Addressing the mammoth crowd of the party faithfully on the occasion, the Oyo State PDP Chairman, Hon. Dayo Ogungbenro, who represented Governor Seyi Makinde, said PDP is the only party that can salvage the nation from its present challenges, imploring the people not to hesitate to return the party to power in Ogun State.

Ogungbenro said, “For instance, everyone in Oyo State has already agreed that Engr. Seyi Makinde deserves another term because, as a governor elected on the platform of PDP, he has continued working for the good of the people, he prioritizes the welfare of the people, unlike APC which is making life difficult for Nigerians. All government workers in Oyo State know that they get paid their salaries on the 25th of every month. In Oyo, we are enjoying dividends of democracy and when Jimi Lawal becomes governor of Ogun State in 2023, you will also enjoy the same. We will take over all the South-West states and the Federal Government in 2023.”

In the goodwill message of the South West Zonal Exco of the party, which was represented by a 17-man delegation, including the Zonal Legal Adviser, Barrister Ola Kukoyi, who spoke on behalf of his colleagues, JAL is the right man for a better Ogun State.

For the Chairman of the PDP in Ogun State, Hon. Sikirulai Ogundele, the occasion presented him another opportunity to reassure all aspirants of a level playing field ahead of the 21st of May, 2022 governorship election primaries. This was seen as an attempt to denounce the insinuations that one of the governorship aspirants controls the party structure in the state.

An elated Ogundele said he was happy that the party had attracted a strong and credible character like JAL, adding that with the spectacle at the event, the All Progressives Congress (APC) would be in trouble at the poll.

Ogundele described the APC-led government as “visionless, clueless and wicked.”

He said, “Whoever supports the APC in 2023 needs to be checked psychiatrically. They need to have their brains checked. What will the APC use to campaign for Nigerians? Is it the price of foodstuff? Or prices of petrol? Or is it the price of makeup (cosmetics)? They have messed up this country and disappointed Nigerians.”

Giving his remarks, which he made extempore, Lawal urged party members and delegates to vote for a candidate with good character, political experience, and good academic qualifications as the party’s governorship candidate for the 2023 governorship election in the state.

“Let us vote for experience, character, and good qualifications. This is very important for us as a party to win the minds of the people,” he said.

The aspirant added that voting a competent governorship candidate as the party’s flag bearer would give the party an edge to defeat the ruling APC government in the state.

Lawal, a British-trained banker and lawyer, seized the moment to unveil his five-point agenda.

“We have five cardinal programmes we have mapped out as our priorities. These cardinal programmes are Economic Development, Human Capital, Infrastructure, Security & Justice, and Governance. Poverty and unemployment are visible in the state. Our government will ensure to eliminate poverty. After Lagos State, Ogun State should be number two in Nigeria if we have a good government.

“On Human Capital Development, there is healthcare and there is education. Our government will revamp the healthcare system in Ogun State and take it to the grassroots by building and equipping healthcare centres in all the 236 wards. We will work hard to drastically reduce the child-maternal mortality rate. Our government will do free and compulsory education up to the secondary school level. Our government will pay for JAMB, and WAEC so that there won’t be a reason for any parent to complain of a lack of money to send their children to school.

“We will give free education to pupils between the ages 6-18 years. No child should hawk during school hours…Can you say this present government is doing this? If they are not, that’s the more reason we have to vote out this government,” Lawal said.

The governorship hopeful, who was until recently the Chairman of Kaduna State Economic Development Council, vowed to eliminate or reduce to the barest minimum the social vices of cultism, kidnapping and other security challenges, adding that only the state should have the right to the use of force, arms and ammunition.

The governorship hopeful noted that the activities of cultists who murdered about 16 persons recently have rendered the state insecure and residents live in palpable fear.

Lawal then referred the people to the back page of the pamphlet made for the event which summarised his five-point agenda. It also has his detailed profile and testimonials from those who had worked with him in both the private and public sectors, especially in Kaduna State where he was charged with the responsibility of running the state’s economy since 2015.

But, beyond all the thrills and frills of the event, those who witnessed a similar event at the same venue about a week ago said JAL’s declaration was better planned, well-attended and more glorious. They say it bears eloquent testimony to the managerial prowess, mobilization capability and organisational skills of JAL in spite of all the panicky efforts by a jittery and threatened aspirant to make it fail. A night before the event, he orchestrated and mounted serious pressure on party leaders and delegates not to attend the event but he was ignored. As seasoned politicians, they know too well that politics is a game of intrigues and subterfuge. The days and weeks ahead would tell where the pendulum will swing. Until then, the reverberations from the public declaration of JAL, the Omoluwabi Pataki (a thoroughbred personality) would continue to the discomfort and discomfiture of the one who sees JAL as his main opponent.

READ ALSO: THE MANY THINGS LIFE HAS TAUGHT ME AT 75 – VETERAN ACTOR, ALHAJI GANIU AKINADE ADENRELE

The Many Things Life Has Taught Me At 75 – Veteran Actor, Alhaji GANIU AKINADE ADENRELE

Things Muslims Should & Not Do This RAMADAN

How Sheikh ASUKUNA Emerged No. 1 Alfa...