THE EQUALIZER II’ STICKS TO ITS OWN FORMULA (FILM REVIEW) 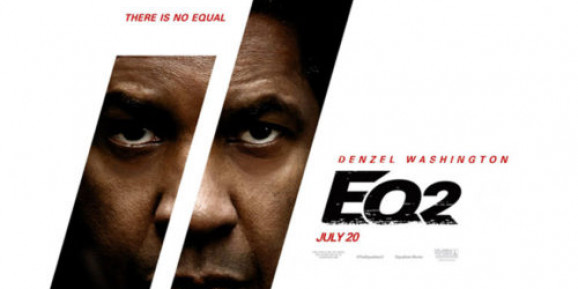 Released in 2014, The Equalizer was something of a minor revelation. It was a lowkey action thriller with heart, giving fans a film that was short neither on depth nor brutality. The reteaming of director Antoine Fuqua and actor Denzel Washington, who had worked together previously on Training Day, was enough to inspire interest in the film—itself a reboot of somewhat obscure 1980s TV show—but their combined efforts brought something special to the film that made it an underrated classic of the genre.

Washington and Fuqua have since worked together again, on 2016’s The Magnificent Seven, firmly establishing their collaborative brilliance while piquing interest in their continued cooperation. It makes sense, then, that Washington would agree to his first ever sequel with Fuqua at the helm, returning to the role of Robert McCall in The Equalizer II.

While the sequel is neither Washington’s nor Fuqua’s best work—it certainly falls to the familiar trappings of the action sequel—it’s difficult to deny that this dynamic duo is putting in anything but serious work to bring their collective vision to life. It may not be as great as its predecessor (or their other collaborations) but it does manage to be incredibly entertaining for fans of action.

As the ending to The Equalizer hinted, Robert McCall has continued to live his life as a sort of silent avenger, righting the wrongs he sees in the world with his CIA training in order to help out the voiceless and powerless in between shifts in his cab (well, Lyft these days). However, his world is racked when an old friend is the victim of a senseless murder, and Robert must now delve into his past the unravel the mystery and find the killer.

At times the script, written by Fuqua, does feel a bit disjointed. It takes about half of the movie’s two-hour run time to really get going, though they do manage to fill the interim with that sweet, sweet Robert McCall action that made The Equalizer so great. While the groundwork for the real plot gets underway, we see McCall take on several baddies in his trademarked way. It’s fun enough to watch, which make ups for the slow development of the central plot, though it does start to border on tedious.

Thankfully, right at about the limit of patience, the film starts to make its point and picks up steam. Throughout the film, Washington embodies the image of total badass. Even at the times where The Equalizer II threatens to spin its wheels aimlessly, Washington is absolutely enthralling. And every time he goes to set his watch, well, you know what time it is.

There are a few twists and turns which are a bit too transparent, which does take away some of the intended surprise. That’s not too unacceptable for this film, however, because we all know why we’re really here: To see Denzel Washington kick every ass. And that he does. The emotional stakes don’t feel quite as high as they did the last time out, and the villain could have used a bit more development, but with every bone McCall breaks, that seems to matter less and less.

Though clearly the inferior of the two films, The Equalizer II knows its lame and what it’s trying to do, and it does it well enough to be entertaining. It’s clearly a shut-up-and-don’t-think-about-it movie, but it’s good enough at being that that it doesn’t particularly matter. In the end, Washington punches bad guys and looks like a badass doing it. It knows what we’re coming for, and it certainly delivers that.

The Equalizer II is now playing in theaters everywhere.

THE EQUALIZER II’ STICKS TO ITS OWN FORMULA (FILM REVIEW) was last modified: July 20th, 2018 by Igbokwe John