The GUARDIAN Publisher, Lady MAIDEN IBRU Opens Up On Life @ 70 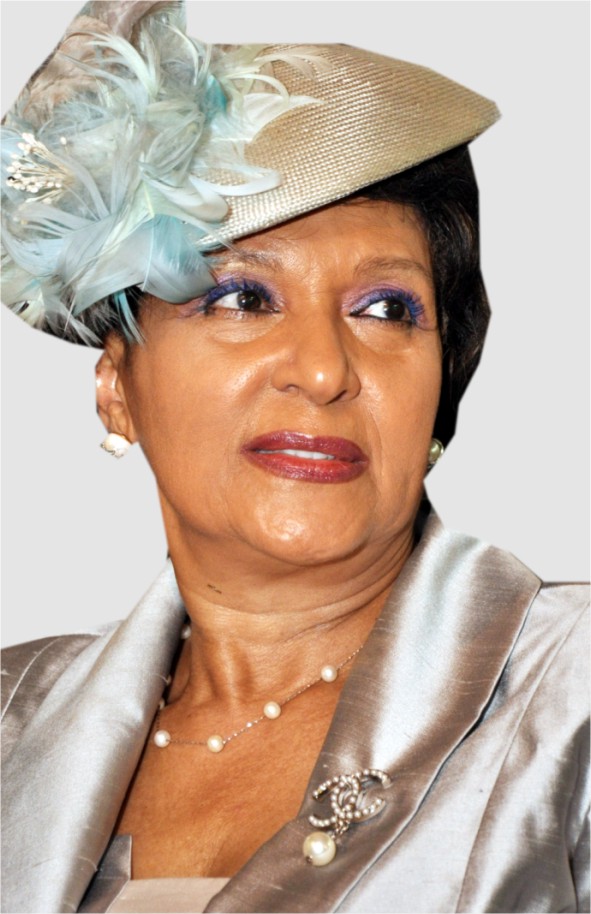 As the popular saying goes, age is just a number, so it is for the most accomplished female publisher in Nigeria, Lady Maiden Ibru who gracefully turned 70 on November 20 2019. She hosted top dignitaries to a classy birthday party on Saturday, November 23rd. The auspicious occasion themed service of praise and thanksgiving took place at Our Saviour’s Anglican Church, TBS Lagos and guests were treated to a lovely classy reception party at The Balmoral Centre, Federal Palace Hotel, Victoria Island. Lady Maiden Ibru’s good life at 70 will not be complete without the good impact of her amazing late husband, Dr Alex Ibru and her successful 5 children who are all doing well in their respective fields. Looking through her life, she has lived it in peace and with a caring heart towards anyone who has crossed her path.

In her welcoming note, she wrote, “As we gather here in grateful thanksgiving for another celebration, we thank God for his faithfulness and protection over the years but most especially since the departure of my beloved husband and father, Alexander. May your nurturing heart be filled with joy and peace as the love you have shared with us is appreciated”.

Dubbed the female doyen of publishing in Nigeria, she is a woman with a large heart who is loved by many. No wonder many people rallied round her and celebrated her big on her best day. On her birthday, in a special publication by the Guardian Life which she serves as its publisher, she spoke about her fulfilled life, how she grew up and how she has been running Guardian Newspaper ever since she was the CEO even before her husband’s death a few years ago, her style and secret of her aging gracefully. Excerpts from her interview read thus,

Born and bred in Nigeria to a Greek father and a Nigerian mother, her mother took on the role of a super-parent after the death of her husband when Lady Ibru was only 8. “After the death of my father when I was just 8 and my brother, 10, Mum ensured we had the best and would take us to vacations. I had a happy childhood. “Owing to her heritage, her skin tone easily gives her away. Yet Lady Ibru strongly identifies as Nigerian, particularly Yoruba. In fact, many a time, those who interact with her are left dazed because of how effortlessly the Yoruba language rolls off her tongue, sometimes, without a word in the English Language. “This is because I schooled here [Nigeria] down to my university [the University of Ibadan].” Despite her parents’ plan to send her and her siblings to school in Jos, all it took was one trip to Ibadan, and an advice from an uncle, and her mother’s concern to have her children close-by to lead to her mother’s discovery of the first private boarding school in Nigeria, Children’s Home School where she learned the Yoruba language. You pick up a language very easily when you are younger and I even speak it, Mo ti e le pa owe pa pa [I speak proverbs.]” It is also in Ibadan that she developed friendships that would last a lifetime. Described as “loyal” and “free-spirited” by friends, Lady Ibru reaffirms this when she says that she “cherishes her childhood friends,” friends she continues to relive memories with. “I don’t joke with my childhood friends, they are very much around and I thank God for that. We are just happy people and we just remember the things we did in school and that is the way life should be.”

Also called Ore gbogbo aye [friend of the world], she opines, “I’d rather be a friend of the world than an enemy of the world. It is up to you to choose if you want to be” because peace in its entirety is essential if you must live a happy and fulfilling life. And living a fulfilling life includes watching her diet. Although she admits to being a rice-lover, she notes that there is a need to “cut down on all your carbs, increase your protein, and cut down on red meat. And I’ve tried in the last four years to actually eat those vital vegetables- carrots, lettuce, cabbage, green beans and three more- every evening.”Taking care of oneself to Lady Ibru also means the extension of care to those around her. “My mother was very kind to the housekeepers and there was no abusive word…So you’d find that the domestic staff will also serve you wholeheartedly and you must reciprocate it by being a part of their lives in any way you can assist.” This principle also applies to the workforce. Since becoming the CEO of The Guardian Group 20 years ago, it has been nothing short of a success story. Her old and new staff are appreciative of the opportunities presented to them through her so that even after they leave, they still inform her of their next move, an act she is thankful for. Her mother’s kindness is not the only thing she inherited. Her sense of style and elegance that would make her the cynosure of all eyes until her 70th year on earth were learned from her. Referring to her mother as Sisi, she says beaming that her mother is “possibly the first to wear an Indian Sari in Sapele.”Lady Maiden Alex Ibru is the Chairman, Publisher and the Chief Executive Officer of the Guardian Newspapers. She is a Public Affairs and Communication Consultant, Media Executive and Newspaper Proprietor. She graduated from the Premier University of Ibadan in 1972 and holds a Master’s degree in Communications and Media Studies from the American University of Washington DC (1974). Her role in The Guardian, an independent newspaper, established for the purpose of presenting balanced coverage of events, and of promoting the best interests of Nigeria is to ensure that it owes no allegiance to any political party, ethnic community, religious or other interest groups. Its primary commitment is of the integrity and sovereignty of Africa. Since 1999 when she became the Chief Executive Officer, the policy formulation function has entailed mobilizing the staff and providing Leadership in the direction of monitoring Nigeria’s democratic process. In the face of threats to Nigeria’s democracy, strong Leadership is required in strengthening the resolve of an independent paper. Guardian Newspapers Limited deals with editorial functions whilst Guardian Services Limited provides support services for the newspaper company. Lady Maiden Ibru oversees both the editorial and business operations to ensure a smooth running of the organization. She is a Director of several companies and Foundations but the one closest to her heart is Trinity Foundation founded by her late husband Dr. Alexander Ibru (honarari causa). It is a philanthropic organization set up to provide financial and infrastructural support for institutions in civil society that promote democratic principles, the objectives of an open society, the common good and the equality of persons. The foundation has built and donated to the Anglican Church, an Ecumenical Centre in Agbarha-Otor, his hometown in Delta State, Nigeria. In 2007 the Greek Parliament conferred on Lady Maiden Alex Ibru the “Golden Cross of Welfare”, and in 2012 the Orthodox Pope of Alexandria, Egypt and Africa conferred the Ladyship title of “The Cross of St. Mark” on Lady Maiden Alex Ibru. Lady Ibru is very passionate about education and has privately financed scholarships for brilliant but indigent students in both secondary and tertiary institutions. She is a quiet philanthropist. In 2014 she was given an award SP(FRN) Special Philanthropy of the Federal Republic of Nigeria, by CECP-(Nig) Committee Encouraging Corporate Philanthropy.

Lady Maiden Alex Ibru received an award from Manchester University in recognition of her distinguished service to the society. In September 2014 she got a National award MFR (Member of the Order of the Federal Republic of Nigeria).

READ ALSO: 10 FEMALE PASTORS WHO RUN BIG CHURCHES & WHY CELEBRITIES RUSH TO THEM