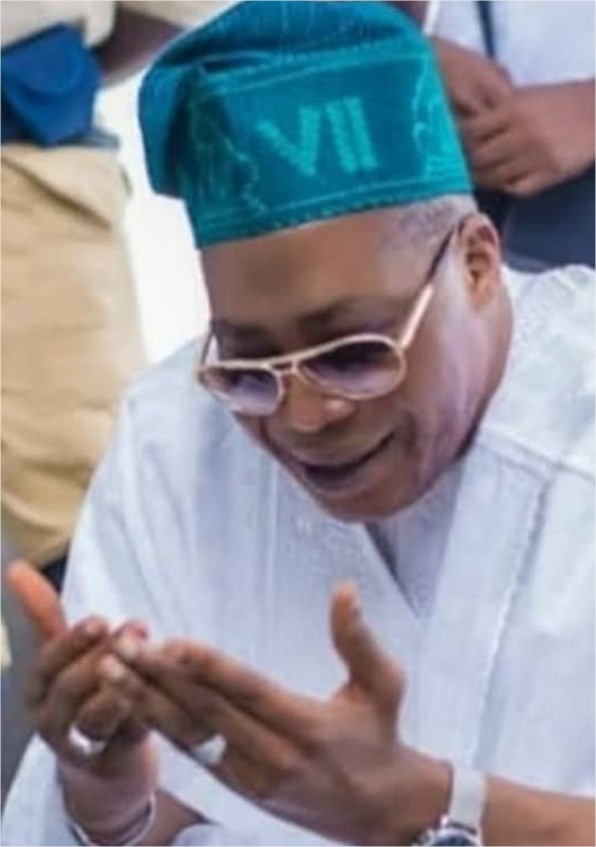 •The Story Of 2 LAGOS Billionaires Who Died Last Week

The whole of Lagos social scene was in a mournful mood on Sunday, 31st of January, 2021, when the death of 2 respected Lagos billionaires was announced. First was the death of an Ilorin billionaire, who is based in Lagos, Alhaji Umar Saro, the hubby of a matriarch of a Lagos society,  Alhaja Tinuke Saro. They are among Lagos rich celebrity couples, who have been relevant on the Lagos social circle for over 40 years.

Alhaji Umar Saro died at 81 at his Lagos mansion after a brief illness. He is one of the billionaires who will surely be missed by many of his friends and business associates. He was the biggest supplier of Sugar to Coca-Cola Bottling Company. He was also a big philathropist, who was not just known in Ilorin, his home town, but other cities. He was one of Ilorin billionaires making other Ilorin indigenes proud in Lagos. He hails from the popular “Ole Oloko” in Ilorin, but he was very popular in Lagos.

How did Alhaji Umar Saro die? He was said to have been sick for a while before he breathed his last at a private hospital on Victoria Island.

The business mogul and industrialist was close to many Nigerian billionaires such as Aliko Dangote, Aare Rasak Okoya, Femi Otedola to mention a few.

He is survived by his wife, Atinuke, who recently clocked 70, and many children among who are Joke Saro, Tj Saro and many others.

Since his death, his Lagos mansion has been a beehive of activity as many Muslim clerics were praying for a repose of his soul, while a special 8th day Fidau was also held in his honour.

Many people were just coming to terms that Alhaji Umar Saro is gone, when the death of Alhaji Abdulfatai Adio Abayomi Animashaun surfaced online. His death was announced by his friends and families. His death took many by surprise as he just celebrated his birthday 8-days earlier.

During his birthday celebration, many had sweet words for him. His pretty wife, who happens to be his bestfriend, Erelu Folani Animashaun also celebrated him specially. His friend and close ally, Oba Abdulfatai Akamo and Otunba Wale Saranda also celebrated him on their social media platforms. Don’t forget that late Alhaji Fatai Animashaun was Baba Oba of Itoriland. He was also the Borokini of Lagos. He belonged to many top Islamic groups in Lagos, which he supported with all his wealth. The first central mosque which was built in 1815 was build by his great grandfather. He solely transformed the Animashaun mosque into a Modern Mosque with millions of naira. He owns many high rise buildings in Lagos which are painted in blue and white.

How did he die? Alhaji Fatai Abayomi Animashaun, a prominent son from the popular Animashaun family, was not sick. Many people who kept asking if he was ill were surprised when they heard he was praying when he suddenly died. Sources, however, disclosed that he was hale and hearty till the moment he was observing his 2 pm Islamic prayer (Zuhr). He was said to have said “Allahu Akbar while stooping and before medical help could arrive, he was already dead.

This was also revealed by his Imam, who is Animashaun Mosque’s Imam. Though he has since been buried but his wife, Alhaja Safiat Abike, the calm pretty society woman, will surely miss her husband for many reasons. Their marriage was not the regular one. They were each other’s best friend. They were gist mates and lovers till the end. Don’t forget that Erelu Folany is a very close friend to the wife of Olu Itori and Mrs. Tope Adesina, wife of Chief Wale Adesina (Saranda). The three of them are usually in the company of one another.

These 2 deaths have thrown many Lagos socialites into a mournful mood.

Many Husbands Are Forcing Their Wives To Go For DNA – LAGOS DNA Expert, ABIODUN SALAMI

How Surviving Malaria Can Prevent You Having COVID-19 – LAGOS Virologist, Dr. ADEMOLA ADESOYE