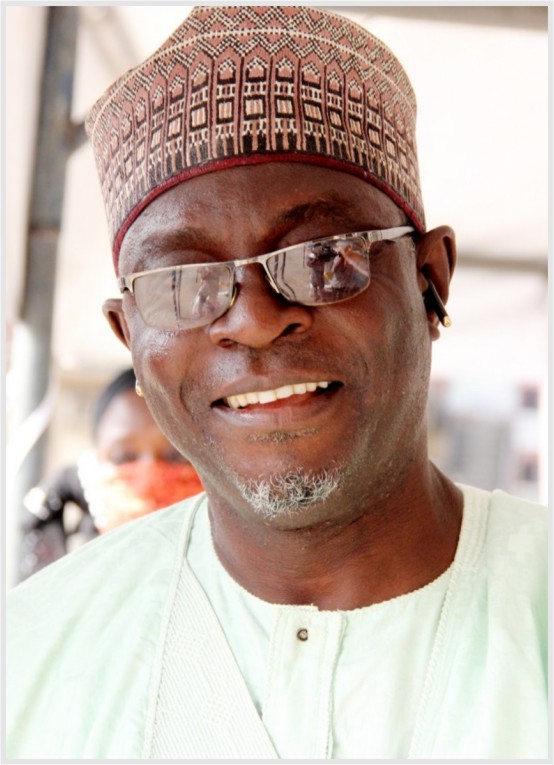 He is a man of many sides, religiously sound, philosophically excellent, he has a touch of everything. Sheikh Abdulrahman Sulaiman Adangba is a teacher who has raised many prolific scholars. Himself has a depth of knowledge that so many PhD holders cannot stand.

For many of the religious leaders in his class, fanaticism is always their bane but for Sheikh Adangba, he would rather preach humanity rather than preach Islam or any religion for that matter. I have never heard him talk of any religious superiority but he has a deep knowledge of the Quran, Islam, Arabic language, he has a little fling in science and can pass for a researcher.

Born in Lagos to an Ilorin father, Sheikh Adangba has been everywhere and returned to his place of birth, having been able to influence people everywhere he went positively. There are so many things mysterious about this man and he shared a few of them with City People’s DAMILARE SALAMI 08155134152 who had an exclusive interview with him last week. Below are excerpts from the interview, enjoy it.

I am so humbled by your depth of knowledge. I am not sing-praising you but I am fascinated by what I hear from you, having sat under your sermon twice, I am beginning to wonder where this knowledge of Islam and balanced life messages come from. Please, we would like to know who more about you. Who is Sheikh SulaimanAdangba?

All praise and adoration belong to the almighty Allah that has created us and given us life. We’re human and we can’t runaway from that and if you have acquired some knowledge because you can’t acquire all and people say oh; you excel in this and that, you are only going to be a model for some people. So, whoever you are, you are still ordinary and tomorrow some people are still going to be ahead of you. So whatever you do, just give praise to Allah. I’m that boy that was born and grew up in Ilorin. I still call myself boy despite these gray hairs. The boy went through some tutelage of models who have nothing else in life than the pursuit of human liberation and whatever they have pursued in life, they did it to influence someone into greatness. I may be born in Ilorin but I’m a Nigerian and even as an Ilorin indigene, I was born at the Island maternity hospital in Lagos, in the 1960s. I was brought up in Kano state for 17 years but I came back to Offa to finish my secondary school when I couldn’t speak Yoruba but Hausa and English. I am more fluent in Hausa than Yoruba and I can speak other languages like Spanish and of course, Arabic. I never attended a formal university but I enhanced myself by attending some productive classes and capacity building both in Nigeria and abroad and one of them was at the Harvard University. The barrier of the walls of a university is just a barrier to secularise you, the real knowledge is in the intuition of whatever you have acquired and this is what I run after. I don’t want to be tagged or tangled with any institution but I am very proud till eternity to say that I am a student of Markaz where I learnt about Arabic when I was searching for Allah. I learnt Arabic and Islamic students and then I learnt about humanity because I lived with Sheikh H’adam in his house, I was his personal assistance since I came in 1978 till 1992 when he died. I taught in Markaz for some years and up till today, that place has been the highest example of an institution. I tell anyone that if you attend Markaz and pass through it while you also let it pass through you, you are welcome to the world of knowledge.

We will come back to knowledge later but let’s talk a little bit about Nigeria for now. Talking from a scholarly point of view, what do you think Nigerian leaders should do or have done better considering our present status?

This country is divided by three things. Ethnicity or tribalism, crime and the third one is religion. I may one to say that some people are using those three ideologies to divide us but those who started propounding this division can no longer help the current situation. Most scholars are not versatile enough to be called one, most clergies are not versatile enough to be called one and anyone that is ethnically bias would see it that he has destroyed himself first before destroying others. Why? No tongue is evergreen, black, yellow, or white, every tongue is pink. The inability to change the tongue is to show us the overriding power of the creator. So, you are my brother though we speak different languages. I am your brother even though I come from another tribe; so, we are still the same. Instead of preaching this basic foundation in our different spiritual homes, especially the mosques and churches, many of us are dabbling to divisive elements and ideologies. But because some Islamic scholars that learnt the Quran are not able to put it into very good use, and by very good use I mean seeing everybody as God made them. And most importantly, some of these Islamic scholars are saying what they are saying because of money. And a lot of the church clergies too are doing the same because they want to make money. Imagine someone who is clergy in a church saying the Quran is a devil’s book or an Islamic scholar who knows that the Quran already stated that you cannot completely understand the Quran until you read and understand what is written in the bible including the old testaments and the psalms now saying that all Christians should go and die. Does he know what he’s saying? This is where we are on tribalism and religion.

The other one is politics. Politics in Nigeria has become that of acrimony and that kind of politics will not do anyone any good. If the best head of state in the world is brought to Nigeria to come and lead us, he will fail.

Because if he’s not your person, you don’t want him, if he’s not my person, I don’t want him. We have almost 310 ethnic groups in Nigeria, so, how many presidents are we going to have? What we were doing in Nigeria before it was eroded was civic education. Instead, we all go out there to kill our public schools and reinstate private schools who are only after profit-making and cause division between the rich and the poor and as such to render those who are going to public school redundant in life. Therefore, if that borrowed culture and tradition did not return to where it came from and we follow our own culture and tradition, we will never prosper. What we fail to know as a nation is that the person on the driver’s seat doesn’t want to die. When people keep shouting at him while he’s driving, they may all perish. The best thing to do is tap him when you realize that he’s making a mistake so that you are get to the destination safely. This present administration came in 2015 and we saw the drive but we started by killing it ourselves through finances, ideologies and provocative statements. And these are people that ought to know that such statements are capable of dividing us because they have a lot of followers. The only 20 percent that is making the 80 percent work are the ones now destroying the polity themselves. What we have now are herdsmen. During Jonathan’s era, we had the Niger-Delta militants and during another person’s time, we are also going to have something else. Is it because Buhari is a Fulani man? Yes the Fulani have some criminals among them but crime does not have any tribe or religion, so this is where we are. Not until we set the communal living structure, we may not get it right.

I could see what is being posted all around, the DSS have an in-depth knowledge of what is happening, they can be stupid enough to just keep silent, they are doing something but we want to jump the gun, we want it done our way. This is why we will see somebody stand up to rubbish the government of his state and start dealing with other tribes in his state. What do you call that? Even if it is going to be done, it should be a collaborative scheme so that anybody will not feel cheated and to avoid a reprisal attack. Nobody is justifying what the killers are doing. There are killers before the Fulani herdsmen and there are going to be killers after them. The Fulani you are talking about are also divided, they are killing themselves too, so who are the killers among them, we should try and find that out. We should not just cone out to gain cheap popularity by being reckless with what we say. It is something that should be looked into, find out the reasons for this and we know where we are going. Very recently, the Sheikh in Kaduna went into the forest and discussed with them. Any right-thinking person will say that they will kill him and all but they did not kill him. So they have a grudge. What is their grudge? I read sometimes ago on Premium Times that they want to be settled as they have settled the Niger-Delta militants, give them university and all… should people now be using crime to get what they want from the government? We are wrong somewhere, somehow and it is just a gory situation that needs to be redefined. We should put up a structure that is going to last longer for the nation. Recently, I watched the parade of 433 children that were said to be kidnapped and the very day they were returned, they were well kitted from harmattan. They had blankets, they had clothes and everything. The question is who gave them those kits? The kidnappers, or the arrangers? We should look at things holistically and see how we can deal with issues. There is something in the offing and that we must find out. The Boko Haram in their den eat Chicken George, buy Mr Biggs directly from the restaurant. No restaurant has been held. They are killing and maiming people just to send a signal to the government that they are there. Do we refer to those killed as collateral damages or martyrs? No. if we are given guns to kill ourselves in our own land, what becomes of us tomorrow? We should take a cue from what happened in Syria, Liberia, Somalia, Egypt and Sudan. What has become of them now? If we pray for that then we can keep heading in that direction. What I can tell the government is to continue gathering information and security details and see how they can deal with it to the best of their knowledge. If the best head of state comes to rule Nigeria, he will fail.