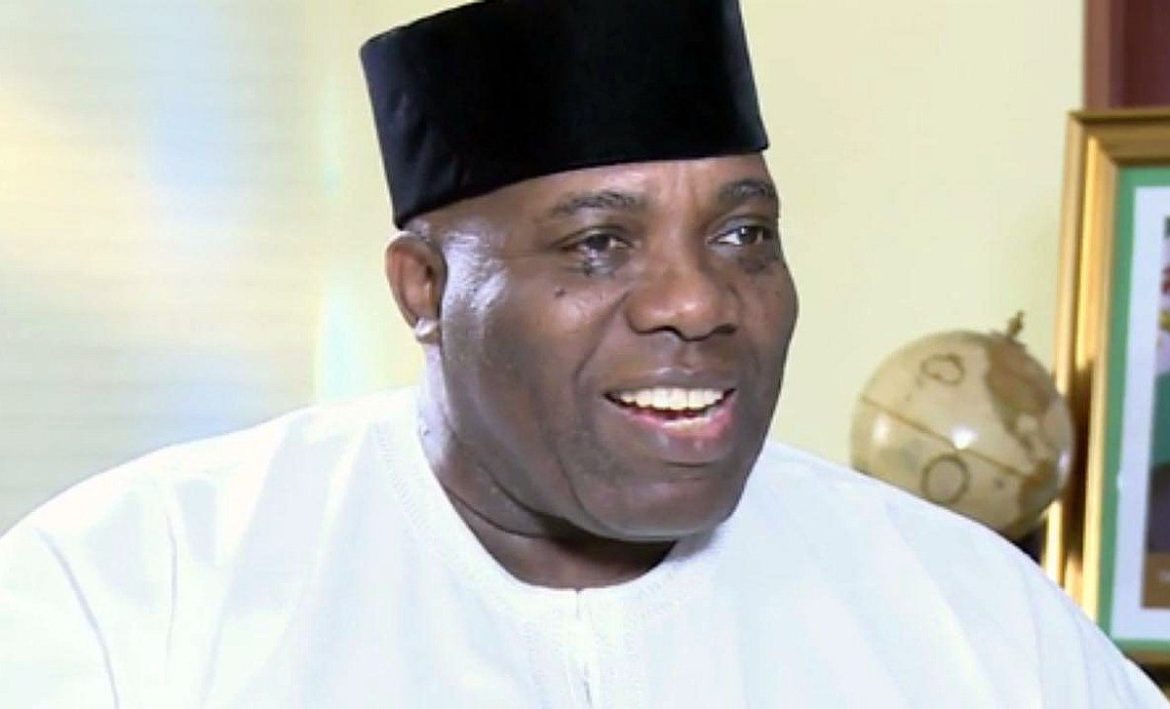 Dr Doyin Okupe is 70. But nothing has changed about this Medical Doctor-turned politician. He has remained an assertive individual who prefers to position himself on the side of the common man and identify with pressing grassroots concerns to shape lasting and sustainable solutions to most problems. He has spent more than 40 years in active politics. Dr Okupe’s intimidating political and administrative credential precedes this fearless and dogged fighter who is yet to give up on the unity and existence of a one Nigeria. In this interview, the septuagenarian breaks down the ways that the PDP can have a commendable political outing and produce a president in 2023. Below are excerpts.

How is the PDP working towards achieving the feat of getting back the presidency in 2023, considering the internal division?

The issue we are having in the PDP is the fact that the southerners have no chance against the Northerners, going by the structure that has been built. It is a known fact that the President deserves to go to the Southeast, but the entire South currently are at a disadvantage.

I also want to participate, but it’s been skewed against Southerners. Number one, look at the step they took that they will pick one person per state to decide what should be done. And there are 37 states including Abuja; You know the southerners have lost already because that will be 20 against 17. If they eventually settle for a simple vote, the north will just vote in one direction.

You see, my book is divided into two parts. There’s a part where I spoke about my life and there’s another part that discusses my manifesto because what is distressing me is the let down by those people that we have entrusted with our political life. And they now want to rough ride us the way they like, we don’t mean anything.

I find that extremely insulting.

You know I am not in any way incapacitated. Neither am I inferior to anybody. I am not even their mate, politically.

There’s no Nigerian who is in active politics today, who is senior to me, with due respect.

The entire southwest of Nigeria is extremely anguished and distressed. That’s why there are calls for the Yoruba nation and Biafra and we on this side, are still trying to encourage people not to break this country into two or into several parts. We want us to work together.

How can a northern candidate in the PDP feel so comfortable campaigning for the presidency against the wish of the majority of the people in the south? I can’t understand that. I have never seen such a level of disrespect

If I am your friend and there’s something that I want very expressly and you come to me and talk about it as if it’s a non-issue. If we’re going to be fair, south East should be the next in line. I’m only in this race because I believe that a national consensus can make any zone produce a president and unless the Igbos can obtain a national consensus, the presidency may be elusive, and if it is elusive, I don’t want the situation where the northerners will say, well, since the Igbos are not in it, then we take it back since there are no other southerners.

That is why I am like a default candidate or aspirant because we don’t know what will happen. But the attitude and disposition of our northern brothers who are presidential aspirants have been wholesomely unacceptable. It is insulting and belittling.

It is extremely embarrassing. I heard the other day that Tambuwal said we should forget about zoning.

Imagine a former lawmaker can talk like that? For something that we have been doing for years? And Atiku also saying Zoning is not constitutional?

It’s not everything that is not constitutional that is wrong. There are norms. There are conventions. There’s nothing wrong if you go to bed with your sister. It’s not a criminal act provided both of you are adults, but we don’t do it. Because convention does not allow it. So don’t come and tell me zoning is not in the constitution. We have agreed that the north will be president after that south will be president.

So I find it quite objectionable that northern presidential aspirants are carrying themselves up and down irrespective of the terrible feeling that’s against the position in the south.

So How do you intend to correct this?

People are now fighting for it. I am joining in the fight and in the struggle to ensure that they will come up with a decision that will be righteous and equitable. I pray that they will zone the presidency to the south, but if they come up with a funny position that every zone can come on board to contest, that will be pure fraud because we have never done it like that before. I’m not going to put my money in that kind of basket when I know from the beginning that we have already lost the election. If they chose that one person per state should put it to a vote plus the federal capital, that’s 37, to make a decision, the north has already gotten a simple majority in that sitting. So where is the equity?

But you know, I have said it before and I’m saying it again, PDP will make a huge error and Nigerians will shock us if we chose a northern candidate

We will not support a northern candidate, and if by any chance APC gets a southern candidate, we may be forced to look in that direction. I am not interested in working with the APC but in doing what is right, I will back them.

How come you have remained relevant in the political space for a very long time?

It’s all about nature and commitments. I’m not an opportunist. My coming into politics is not to look for money. If you read my book you will see that when I was leaving office in 2015, I didn’t have a dime in my account. I had to ask GEJ to give me money to pay to extend the rent where I was staying by another year. That’s the truth. He’s alive. Like I told you, I was a young star when I spoke with another young star from another clime, and I was moved and from inside I revolted and said I will be part of those who will change Nigeria. So that has been my driving force. So it’s not to make money. It’s not to take advantage and take positions. I want to do whatever I can do to make a change. Presently what is driving me on this issue of the presidency is to bring the fear of God into governance and to infuse my anti-poverty program into the economic system. The suffering is too much. Nobody can tell me about the government. I have been there for a long while and don’t mean to disparage anybody. I know what goes on in any government but the situation of poor people is not part of governance in Nigeria.

If you look at budgets that are made in this country, they can never ever develop the country, neither can they ever assist the poor and year in, year out, we follow the same pattern. The budget basically exists for sharing between the Presidency, ministers, civil service and the legislators. There’s nothing even left for the people of the country. Let anybody come and challenge me.

The PDP Must Zone The Presidency To The SOUTH – Dr DOYIN OKUPE Insists was last modified: April 5th, 2022 by City People