The Race For OLUFON Of IFON Stool Begins In OSUN 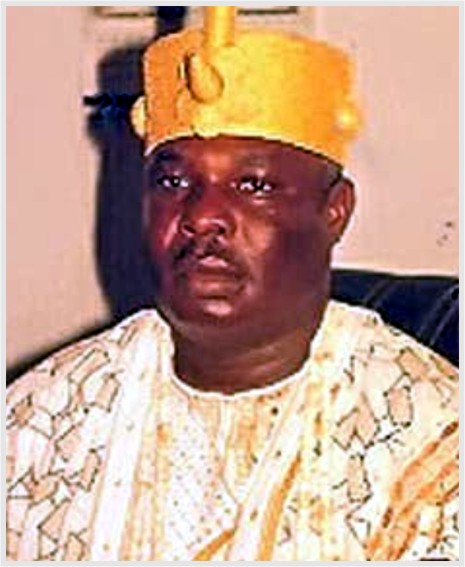 Though the stool of Olufon of Ifon-Osun has not been officially declared vacant. But the race to the position seems to have commenced in earnest, at the background. Princes from the ruling house to produce the next king are already warming up, and lobbying has begun. The immediate past Olufon, Oba Almorouf Adekunle Magbagbeola joined his ancestors on Monday 19th April 2021. The first-class monarch in Orolu Local Government Area of Osun State, we gathered, died after a brief illness.

He has since been buried after an official announcement from the State’s government. Oba Magbagbeola’s reign was between 2007 and 2021. He was a well read and quite exposed king, whose tenure was said to have brought great developments to his town.

It was gathered that, according to the rotational system based on the 1979 chietaincy declaration, the ruling house to produce the next king is Odunolu Ruling House of Olurounbi Compound. The immediate past Oba was from the Olumoyero Ruling House. But what is the process for a new king to emerge? It is very simple. According to a prominent son of Ifon-Osun Chief Soji Adeniyi, process to fill Olufon’s stool begins after rights of passage of the immediate past Oba must have been concluded.

According to him, the first stage of the whole process is, the official announcement of the passage of oba by the state government. After which he will be buried and then the traditional funeral takes place. There is also going to be spiritual cleansing of the palace and some other things to be done. Before the traditional chiefs will now officially inform the local government, who in return would inform state government, and the stool can now be declared vacant. It is the state government that will then write the next ruling house to produce the king an official letter, informing them of the development and for them to submit name of their candidate for the position, for proper scrutiny and ratification. Ifon-Osun is the headquarters of Orolu Local Government Area of Osun State. It is about 14 kilometres away from Osogbo, the capital city of the State. Like every other prominent towns in the Yorubaland, Ifon-Osun also has its own rich culture and tradition. Very significant of them and the one that has to do with Olufon stool is that, no prince of the town must taste palm wine.

“Anybody from the royal families in Ifon dare not drink palm wine. It caused havoc for our forefathers and that was what delayed the message sent to us by God, through Obatala”, the immediate past Olufon declared in an interview with Nigerian Tribune.

According to him, when he (Obatala) saw all the merrymaking and goodies on the way to carry out his assignment, it delayed him before his younger brother, Oduduwa, was later sent. Obatala and Oduduwa are kinsmen. In a nutshell, anybody from the royal families in Ifon dare not drink palm wine and he dare not wear any red cloth or attire. Olufon should be on white cloth all the time. The Olufon is expected to utilise white materials very well.

Historically, the Olufon of Ifon was an offshoot of Obatala dynasty. Obatala was a demigod, who took off from Ile-Ife, after being sent by the Almighty God to go and inspect the land. Then virtually all the parts of the world were full of water. The mission given to Obatala by God was that he should inspect the land to find out if the place could was habitable for human beings. When Obatala was coming, he came with all the powers that God gave him. Some people called him a chameleon and you cannot dispute that claim. All what he found while on his mission, he picked them. If you were putting on green attire, within the twinkle of an eye, Obatala would change his colour to green. If you had white, he would change his own colour to white too. He was a dynamic and powerful demigod.

Before his mission to the world, he was saddled with the power of moulding human heads into shapes and whoever he wanted to give intelligence, beauty, and other distinct features, he did so at will. He was capable of giving any trait to anybody. Olufon founded Ifon kingdom.

READ ALSO: HOW I TURNED MY LOVE FOR HAIR INTO BIG BUSINESS – JOAN O. ASAMAIGOR

The Race For OLUFON Of IFON Stool Begins In OSUN was last modified: May 4th, 2021 by Dare Adeniran

How I Turned My Love For Hair Into Big Business – JOAN O. ASAMAIGOR

Who Will Save First Bank From The Warring Factions?