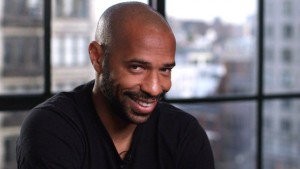 Thierry Henry has agreed terms to become the Egypt manager after his agent met with bosses from the African nation’s FA, according to reports.

The Arsenal legend, 40, is still deciding whether to take the role as he considers the direction the Egyptian FA (EFA) wish to take the team in.

“Henry is waiting for the EFA’s project for the team before deciding on the offer, apart from the economic aspect.”

Henry recently assisted Belgium manager Roberto Martinez at the World Cup in Russia, helping to guide them to a third-place finish.

The Frenchman then left his Sky Sports punditry role to pursue a full-time managerial post, and was linked with the Aston Villa role after their recent takeover.

Henry has coaching experience with Arsenal’s youth academy but has never held a senior managerial role.

The Egypt job, which former Mexico and Atletico Madrid boss Javier Aguirre has also been linked to, is available after Hector Cuper was sacked following a disastrous World Cup campaign.

Struggling to offer an attacking threat with Mo Salah not fully fit, Egypt lost all three Group A games, against opponents Uruguay, Russia and Saudi Arabia.