Thierry Henry – ‘I Want To Replace Arsene Wenger At Arsenal’ 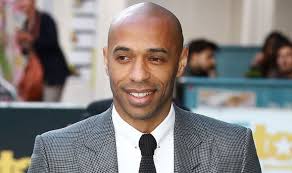 Wenger’s position with the Gunners has been called into question once again after his side’s lifeless performance in the 3-0 defeat to Manchester City in the Carabao Cup final at Wembley on Sunday.

The French manager still has one year remaining on his current deal with Arsenal, although he has insisted that he will review his future with the board at the end of the season.

The Gunners currently face an uphill battle with securing a Champions League place via the Premier League as they sit 10 points behind fourth-placed Spurs.

The North London side also face a tricky test in the Europa League after being drawn against AC Milan in the round of 16.

But he has reiterated his desire to succeed Wenger.

He told Sky Sports, “Listen, I still have a job to do with Belgium, but it will be a dream for me.

“But I have respect for the man in charge still.”

Half Of Dapchi Girls Already In Niger Republic