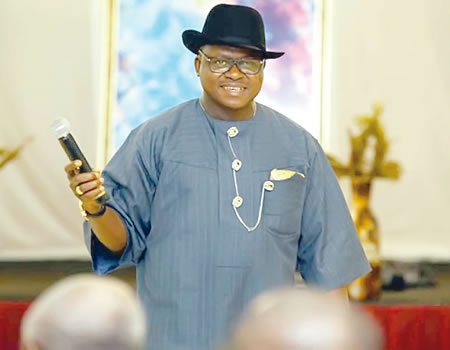 A Former Managing Director of Niger Delta Development Commission (NDDC) Timi Alaibe has dismissed reports that he defected to the Alliance for Democracy (AD) following his failure to clinch the governorship ticket of the Peoples Democratic Party (PDP).

Alaibe said he remains a loyal member of PDP despite being bombarded by requests and offers from other parties.

A statement by his campaign organisation, signed by the Administrative Secretary, Prof. Seiyefa Brisibe, said no decision had been taken on his next move.

The statement, titled “Hope is on the way”, reads: “The Timi Alaibe Campaign Organisation notes that since the declaration of results of the Peoples Democratic Party (PDP) governorship primaries in Bayelsa State, our supporters have been left without clear and precise information as to the next step to be taken by our Principal, Chief Ndutimi Alaibe, in search of justice in a deliberate adulteration of due process in the conduct of the primary election.

“We thank our supporters and the people of Bayelsa State for their unprecedented support, evidenced by dead silence in the state on September 4, peaceful conduct and patience since the unacceptable election result was announced last week.

“We apologise for the vacuum created by our silence which has given rise to various speculations planted in the media by those who masterminded the injustice to confuse the people. Be assured that this evil act against the wish of the people, carried out by a handful of selfish people who decided to play god by imposing their personal decisions on us, will not go unchallenged. At the end, Bayelsa people – who are in the majority — will have their way.

“As it is traditional in matters of this kind, we needed to consult our supporters, particularly the stakeholders — including our vibrant youth and women — before taking any step or embarking on any decision in search of redress or alternatives. We are almost at the end of the necessary consultations.

“However, let it be stated that Chief Alaibe has not joined any political party as bandied in the media. He is still a loyal member of the PDP despite being bombarded by requests and offers of opportunity by other political parties. That decision has not been taken. Any speculation to the contrary remains what it is —mere speculation.

“Conscious of the deadlines provided in the Electoral Act and the PDP Constitution regarding any action deemed necessary in matters of this nature, we have decided that whatever needs to be done must be done fast.

“We appeal to our supporters to remain calm as it would be made known within the next 48 hours, a necessary action that will ensure that Bayelsa people have the government they deserve, in the person of Chief Alaibe.”