Home News ‘To Whomever I may have Offended, I am Sorry,’ – Mayegun Of Yorubaland, K1 De Ultimate Speaks
News 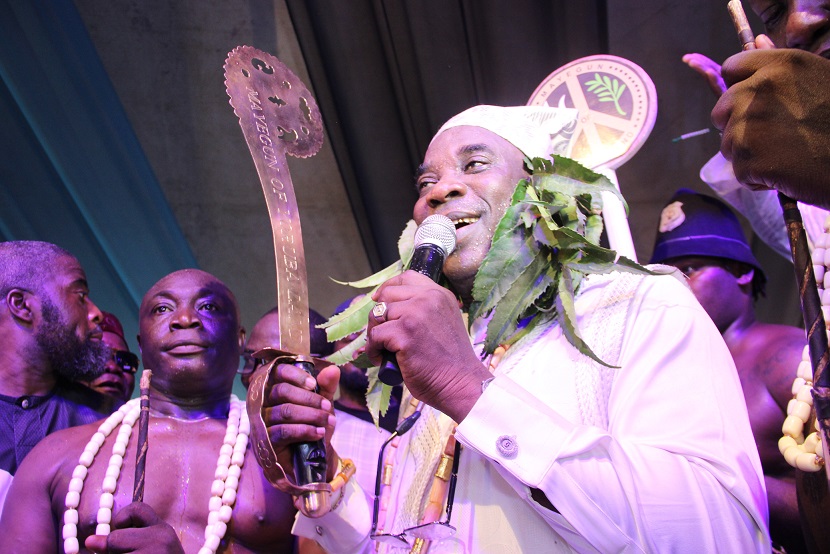 King Wasiu Ayinde Marshal, k1 de Ultimate, who had just bagged the title of Mayegun of Yorubaland has tendered an apology to whomever he has offended in the cause of his music career or otherwise.

In his acceptance speech, the Mayegun implored Nigerians to embrace peace and unity amidst the sociopolitical hurdles.  He also seized the moment apologise to his fellow musicians, who at one time or the other felt offended by his words or deed.

He told them that the exalted post of Mayegun has installed upon him by the Alaafin of Oyo, Oba Lamidi Adeyemi, is beyond his music as a career. And would want all Fuji artistes to come together as one and allow peace reign.

‘To Whomever I may have Offended, I am Sorry,’ – Mayegun Of Yorubaland, K1 De Ultimate Speaks was last modified: January 14th, 2020 by Reporter

How I Went Into Politics @ The Age Of 17 – Women Affairs Minister, PAULINE TALLEN