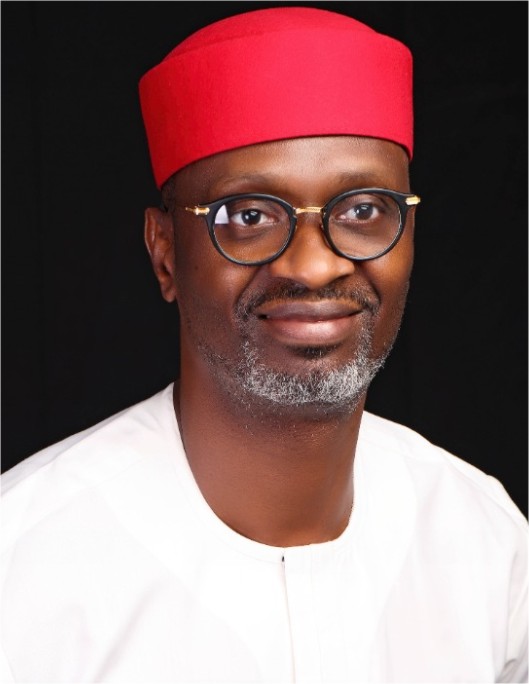 •What He Told City People About His Victory

At the recent nationwide, PDP primaries, PR guru Adetokunbo Modupe won his bid to clinch the PDP Senatorial ticket for Ondo North. He had worked hard for the victory, as he spent months, on end consulting and reaching out to all the stakeholders in his district.

For those who still don’t catch the drift lets tell you about this great guy everyone  simply calls Toks, who has made his mark in the Advertising & PR sector. Adetokunbo Modupe is the Founder/Chief Consultant of TPT International Limited, one of West Africa’s leading PR agencies. Renowned for his Creativity and relentlessly ambitious spirit, the story of Toks is a classic example of Fate meeting Passion. He is perhaps one of Nigeria’s most innovative PR professionals.

With his creative ingenuity, he has altered the conventional practice in the industry with his innovative approach and thus remained actively relevant in the PR space, consulting for various high profile clients across Telecommunications, Energy, Banking, Food and Beverages, Pharmaceuticals, Media, Real Estate, Education and Government.

He was Secretary-General of Public Relations Consultants Association of Nigeria (PRCAN) from 2005 to 2007, a member of several professional institutions including the Nigerian Institute of Public Relations [NIPR] and the Advertising Practitioners Council of Nigeria [APCON]. He is also a Fellow of the National Institute of Marketing of Nigeria [NIMN] as well as that of the Customer Services Practitioners Association of Nigeria, where he serves as a board of trustees member.

He has won several awards in his profession.

He was named The PR Personality Of The Decade by Marketing Edge Magazine in 2015 and Daily Global Newspapers as Best PR Company Of The Year 2021.

Politically, he has paid his dues. He was a strong member of the Olusegun Mimiko government’s political strategy team before he was appointed in 2014 by President Goodluck Ebele Jonathan as the Ondo State Coordinator/Director General of Goodluck / Sambo Presidential Campaign Organisation. He has served in several committees of the PDP at the national level including the Atiku Abubakar Presidential Campaign Council, National Convention Committees and currently, a member of the South West Executive Committee of the PDP.

A thought leader with many professional articles to his credit, he is a regular resource person at seminars and lectures in various institutions, professional bodies and organisations in the country. Last week, he spoke to City People Publisher, SEYE KEHINDE about his victory at the primaries. Below are excerpt.

Congrats on your victory at the party primaries. How does it make you feel?

It was nice. You will recall that I had contested in 2015 and I didn’t make it. I was confronted with the fact that the governor of the state, and myself are from the same part of the senatorial district, at the time.

And given the fact that from my part of the senatorial district we have 2 Local Governments and I contested against the guy from Akoko who had 4 Local Governments. It was a disadvantage. But I thought I did my best. I just didn’t have enough numbers.

So, I went back to the drawing board.

From that moment, I wasn’t discouraged. I didn’t even wait for anybody to come and reconcile me or persuade me. I saw that I needed to stay steadfast and faithful to my part, work for the party, and go back to the drawing board and look at how I could have done things differently and I began to work at that.

The good thing is that in that general elections, I did not only win my unit, I won my ward and I also won my local government for the party and that was the only local government won, in my senatorial district in 2019. So this time around, I built on my past experience. Like I said, I started working from the time that I lost the last primary, and I went round the 6 local governments 3 or 4 times. At a point, I relocated to Akoko. I spent some days there, reaching out to people.

Few days to this last primary, naturally, I kept asking myself questions. I kept wondering if all those promisiing me will stay good to their promises. I hope they will deliver.

I hope they will vote for me. You are always have that moment of anxiety. But it turned out good. I won the primary election.

I was so excited. The response to it has been tremendous from within and outside the party, because people are now looking at personalities. They are looking beyond parties.

We have a lot of people who are not partisan. They are just looking for Quality Representation. So, I have been receiving quite encouraging and exciting comments.

You have been involved in politics for quite a while now. What was the initial attraction that you had years back when you dabbled into it.

To be honest initially, I didn’t set out to go into politics for elective position.

As a man that grew up in the village, I found it very difficult to be distant from my people. I remained connected to my roots and I was always going home. I know my humble beginning and I always tell my friends about my humble beginning to the village very often. And when I see what is going on there, I try to provide leadership in my own little way, within your limited resources and it can never be enough and you see gaps that people in government are expected to fill but they don’t. Politics is so structured in Nigeria that when you have people in position of influence, they only talk about their own immediate community.

So, everybody wants somebody from their own community or ethnic group to go and represent them. So, my people began to encourage me.

Many don’t know that I have been active politics for about 15 years now. My people then said to me, you have been supporting people for years, you have supported people to go for House of Reps, House of Assembly, Local Government Chairman, with your resources, with your time your everything so why don’t you run? You have all it takes to give us that Quality Representation.

So in 2018, I decided to contest, like I said earlier. It didn’t go well. But I wasn’t discouraged, I kept with faith and I kept working on it and right now I have the mandate to contest the general elections.

You are also one politician who has not been jumping from one party to another. What explains that? What explains your consistency in party membership

Primary, it is my character profile. If you believe in a process, you have to allow that process to evolve. People will have reasons for jumping from one party to the other. But in my own case, I have a 2nd address. I am a businessman. I am a professional in Politics. I am not a full time politician. My life does not totally depend on Politics. Therefore my judgement, I believe should be a lot more objective, than that of a full time politician, who believes that once he is unable to get some immediately, he has to move to another party where I believes he can get it. In my own case, I believe that one should be consistent. To represent my people, to provide that leadership for them, often require that I demonstrate that reliability, that this person, even if he gets the mandate today, he is not going to run away with it. That explains why I have remained in the same party.