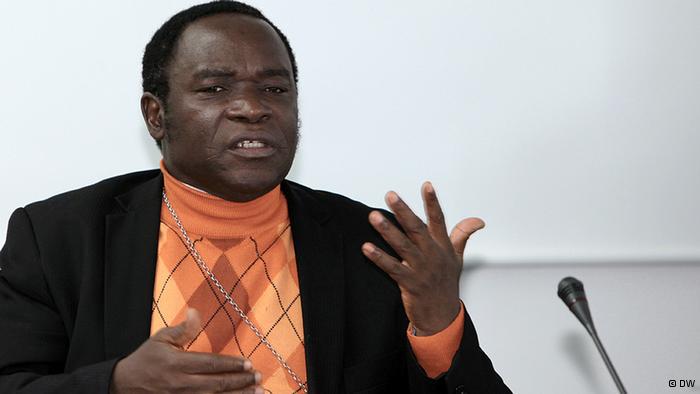 The Catholic Bishop of Sokoto, Mathew Hassan Kukah, has criticised the perception that he was close to former President Goodluck Jonathan for what he could get.

In an interview in the current edition of The Interview, Kukah said those who thought they could smear him by warming up to President Muhammadu Buhari were responsible for fantasizing his relationship with Jonathan.

“Suddenly, journalists whom I knew were writing, hoping they would be given positions (by Buhari) and all those who were abusing me have gone full cycle,” he said.

He continued: “Those who should be ashamed of themselves are those who took money from Jonathan, tons of it, and have decided to lie, buried under the table; they have decided to change course in the middle of the race. Those are the guys who you should be talking about.”

In a statement, the MD/Editor-In-Chief, Azu Ishiekwene, said, “This is Kukah with his gloves off. Anti-Kukahs of every stripe have their match in this issue.”

The clergyman revealed that “certain people in the PDP” have been telling him that Jonathan should have had a long-drawn-out exit, like the disgraced Gambian President Yahaya Jammeh.

He spoke about the continuing detention of the Shiite leader, El-Zakzakky, and the bill for a Christian court, expressing concern that, “We are going back, we’re not getting better.”

How those who took money from Jonathan turned against him – Bishop Kukah was last modified: March 28th, 2017 by Online Source