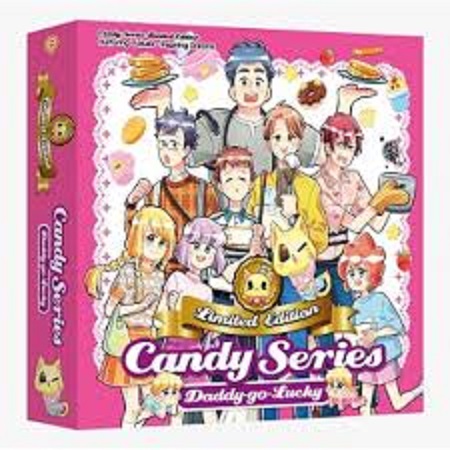 This year has been quite rich in new movies. Good movies and new TV series were released, as well as sequels to already acclaimed sagas. But a few miniseries may have slipped past your radar. Here’s a look at three small series that didn’t blow the ratings, but are definitely worth watching.

This Is Going To Hurt

The highest-rated of these three mini-series was the British comedy drama This Is Going To Hurt. The seven episodes describe the difficult, sometimes bloody, but full of black humor everyday life of a maternity ward resident.

The mini-series is based on Adam Kay’s book of the same name, where the author recounted his work at the National Health Service. The 2017 bestseller collected notes from a young resident’s diary, his experiences and interesting case histories. Remarkably, at the peak of his career, the medic couldn’t take it anymore and quit. That’s when he wrote the book, pouring everything he had accumulated into it.

In the series, you can see how difficult the days of a resident in a free clinic, which has seen repairs only on the arrival of important guests and officials (and they don’t often look in such places).

The title can be understood in different ways. For example, one could relate it to pregnant patients, who underwent the terrible agony of trying to reproduce a new human being. And with the main character – a representative of his profession. Throughout his practice and work, the young doctor had to endure neglect from the health care system, patients, their relatives and his own colleagues, he had to stay on overtime shifts and sleep in the car next to the clinic because he had no strength to get home, and forget about vacations and personal life.

The Australian series, containing only 6 episodes, is presented as a fantasy melodrama, but in fact, it turns out to be as captivating as a blackjack online casino. The melodramatic part is mostly the responsibility of the main character, single father Garry, played by Josh Gad and his 11-year-old daughter Emma (Ariel Donohue).

The man suffers after the death of his wife and, even 7 years after the tragic events, isn’t trying to build a new relationship or devote any time to his personal life. All the father’s attention is focused on his daughter, who is somewhat stifled by such protection. At the same time, besides the parent who is fixated on her well-being, the girl has other problems – she suffers from panic attacks, which do not stop even after sessions with a psychologist.

To dilute the gloom and shake up the family to red-haired beautiful werewolf Mary, the role played by Ayla Fisher. The woman literally bursts into Gary and Emma’s life when she rams their car with her own, then brings the poor girl to a new panic attack. However, Mary suddenly manages to help Emma cope with her panic, which does not escape Gary’s eyes. For the first time in a long time, the man is seriously interested, but he is unaware that behind Mary’s broad smile and cheerful disposition lies her own great and serious pain.

The director managed to reveal the inner world of his characters in a small number of episodes. Gary, who at first seems to be a soft-hearted wimp, gradually grows in the eyes of the audience, changes, and then shows himself as a manly and strong man. Cocky Mary is actually broken and crushed by the weight of fear and psychological problems. It’s only when they meet as fate wills that the protagonists finally accept themselves for who they are and give themselves the opportunity to become happy.

It would seem that all of the above is a definite snotty melodrama. But the series is clearly worth watching for the swift barefoot run of the werewolf girl through the town, the one-handed scattering of the bandits, and the rather powerful bunker in Mary’s house, where she dines on live chickens at night.

The show features great soundtracks from Queens of the Stone Age, as well as performer Melody Gardot. In some episodes, the songs of these performers play key roles. It’s possible that in early 2023, viewers will have a second season of the unusual love story of a single father and werewolf girl. So, while there’s time – be sure to watch the first season.

Another release of 2022 is the crime drama Candy by Hulu. The somewhat creepy mini-series is based on a true story that happened in the state of Texas in 1980.

The filmmakers crammed the bloody drama of housewife Candice Montgomery into five episodes. The series was entertaining enough, especially for those who are not familiar with the events that took place over 40 years ago. The plot unfolds around a typical American family living in the small town of Wiley, where, as is often the case, the residents attend the same church, take their children to the same school and basically socialize quite closely in their small community.

The Montgomery couple seemed to have it all: two children, a well-furnished house, social status, and wealth. But our protagonist lacked something – she was desperate for the sensual love and passion she regularly read about in women’s novels. But over the years of marriage, the spark between the long-married couple was lost. Desperate, the 30-year-old woman decided to seek adventure on the side. Who knew that an affair with her friend’s husband could turn into a bloody showdown?

Forty-one strokes. That’s exactly how many times Candy hit Betty Gore with an ax on Friday the 13th in 1980. What exactly happened between the two women that day, no one has ever been able to find out. Was Candice Montgomery a psychopath determined to commit cold-blooded murder, or was she merely defending herself against an angry woman who learned of her husband’s infidelity? Was she so cruel that she deliberately left her crying infant at her dead rival’s house, where no one could come to her aid for 13 hours? Was Candice a monster? These are questions that the viewer will have to answer for himself.

Another reason to watch the “true crime” drama is the excellent performance of Jessica Biel, who embodied the image of Candy. The actress, who prefers to star in various thrillers and action movies, managed to convey the image of a pious, but active and bright housewife, from whom no one ever expected a brutal attack with an ax.

Top 3 Mini Series You Might Have Missed in 2022 was last modified: December 1st, 2022 by Reporter