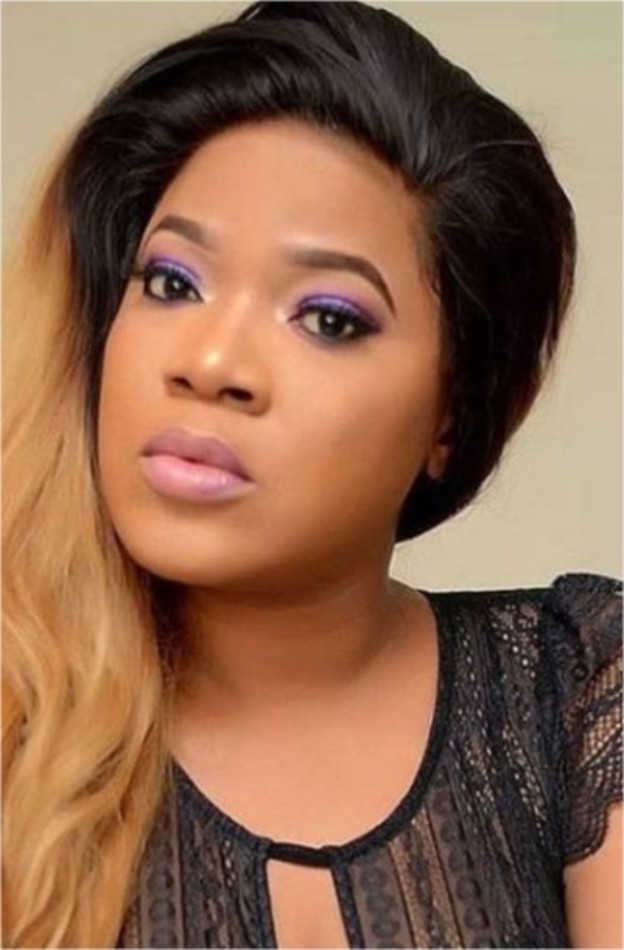 It was indeed a star studded event on Saturday 3rd of April, 2021 at the Imax Cinema, Lekki Lagos, when the highly anticipated movie titled “IGE” was premiered. It was a 2-in-1 event, the premiere of the movie and the 50th birthday party of the Executive Producer of the movie, the delectable Tayo Fakorede popularly known as Tayfak.

The movie Ige is the true life story of a highly successful and hardworking Oil & Gas magnate, Aare Bashir Fakorede. It centres around his childhood and his grass to grace story which many have may not have been priviledged to hear.

The movie Ige was adapted from the biography of Aare Fakorede, which was written by his pretty and delectable wife, Yeye Aare Fakorede as she attained 50 years old.

The idea of the movie was born out of the passion to pass a message across to youths who think life is a bed of roses.

And also to encourage youths and teach them that hardwork and determination pay and there is a story behind every success.

It was produced by their god daughter, Toyin Abraham and directed by the delectable Biodun Stephen. It features stars like Dimeji Lateef, Bimpe Oyebade, Jaiye Kuti, Antar Laniyan, Yomi Fash Lanso, Kolawole Ajeyemi, Bimbo Ademoye and a host of others.

The 2-in-1 event was witnessed by top personalities in the society.

Popular radio personality, Yaw was the official master of ceremony. Star actress, Toyin Abraham who was also the producer of the movie was indeed the perfect host at the event.

The couple Bashir and Tayo Fakorede stormed the movie premiere proper in very beautiful wine Aso-Oke, gele and fila to compliment their looks.

They sure looked so gorgeous together.

Yaw was the official master of ceremony at the movie premiere and he handled everything so perfectly.

Despite being a movie premiere, these was so much to eat and drink, while guests had a beautiful time at the red carpet.

Her Excellency, Dolapo Osinbajo was among the top dignitaries that made it to the movie premiere. She shares a family relationship with Tayo Fakorede the elegant executive producer of the movie Ige, and it was her 50th birthday as well.

She sure looked very simple as usual but very beautiful and classy. She came early and made the day a memorable day for the couple who had a 2-in-1 celebration.

They are definitely one of the rich and very classy couples in Lagos. Everything about them speaks luxury and class.

Aare Bashir Fakorede is a business mogul and Chairman of Bash Oil. He had a grass to grace story, which he shared in the movie Ige, which is his true life story written by his pretty wife, Tayo Fakorede. He has invested his life in the petroleum, Oil & Gas business and very successful while his pretty wife who can pass for a sweet 16 is the MD of Bash Oil.

She also runs other businesses and her sense of style is very classy and unique.

All through the event, her husband dotted on her like a new bride, nobody will believe all their children are all grown up.

They looked very beautiful together in their outfits. Their wine native outfit for the movie premiere proper was indeed beautiful. They also wore a white native outfit at the beginning of the event and they sure stood out of the crowd.

Despite not being noisy billionaires, they are loved by many, as the Imax Film Cinema, Lekki was filled with different dignitaries from within and outside Lagos to celebrate with the Fakorede.

THE FAKOREDE CHILDREN WERE ALL OUT TO SUPPORT THEIR PARENTS

The ladies looked elegant in different Aso-Oke and a gele to compliment their looks, while the only boy of the family dazzled in an all-white agbada outfit.

SADE OKOYA STEPPED IN, IN THE COMPANY OF HER TWO CHILDREN

The elegant and pretty billionaire wife of Chief Razak Okoya, Sade Okoya was among the dignitaries that made it to the movie premiere. Sade Okoya is a woman of style and luxury and she has never been caught unaware. She’s always looking elegant and classy.

No matter how she tries to make it look simple, it always comes out classy.

She stepped into the event in company of two of her kids and they were all looking gorgeous.

DEYEMI OKANLAWON CAME IN COMPANY OF HIS PRETTY WIFE

Multi-talented actor, Deyemi Okanlawon is one of the finest stars currently rocking the movie scene. He has been featuring in blockbuster movies back to back. He was at the premiere of the movie Ige with his pretty wife.

The actor looked very handsome in a black outfit, while his pretty wife was not left out in a jean outfit.

Call her the most pleasant Nollywood actress, then you are not far from the truth.

The delectable and pretty actress, Kehinde Bankole was among the movie stars that made it to the movie premiere.

She maintains a very cordial relationship with Toyin Abraham and makes it a point of duty to always show her support with any of her events or programs.

She looked very gorgeous in a white and black outfit. Many guests couldn’t take their eyes off her pretty look.

TOYIN ABRAHAM AS THE PERFECT HOST

Award-winning actress, Toyin Abraham who happens to be the producer of the movie, also happens to be the goddaughter of the Fakoredes. She had dual responsibilities which she delivered so perfectly. She was always on standby to welcome dignitaries and at the same time, making sure everything was perfectly handled inside.

She was on her feet althrough the movie premiere looking beautiful in her lace iro and buba.

YAW AS THE MASTER OF CEREMONY

And Yaw definitely carried everyone along without any dull moment.

The exceptionally brilliant and elegant movie director, Biodun Stephen who happens to be the director of the movie Ige was also at the movie premiere. She was looking very elegant in her well-native-designed outfit.

The highly respected Oba Elegushi and the Akinshiku of Lagos stormed the event together. They stormed the event in white outfits and stepped into the venue of the event with their entourage. They were among the very important personalities that made it to the movie premiere “Ige”.

ADEDIWURA BLACKGOLD ALSO MADE IT

Delectable Nollywood actress and mother of one, Adediwura Blackgold also attended the premiere. The CEO of “Why Go Market” stepped into the event looking beautiful in boubou with expensive jewelry to compliment her looks.

Dimeji was looking handsome in a well-designed red Aso-Oke to compliment his looks while Mo Adebimpe looked gorgeous in a green outfit with royal beads to compliment her look. They were one of the side attractions at the event.

How ASIWAJU Plans To Win The Key Northern States