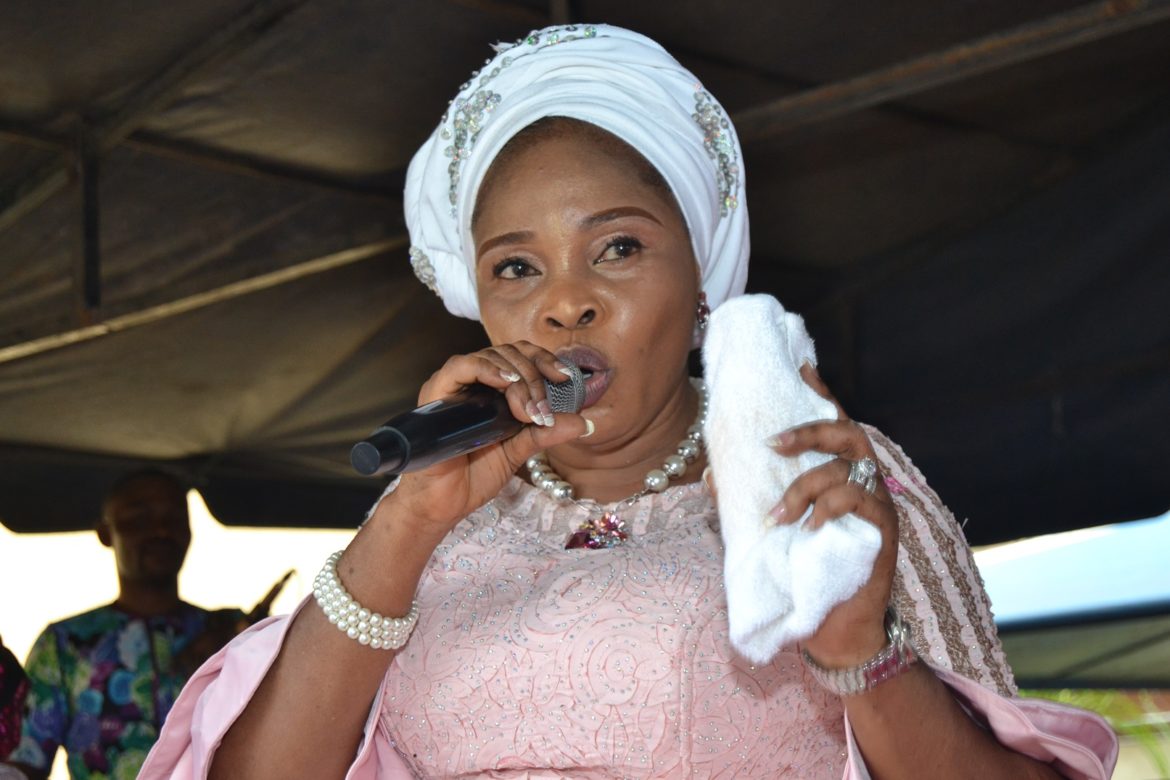 Female gospel singer Evangelist Tope Alabi was toast of everyone as she rendered soul-inspiring songs at the second annual thanksgiving organised by the Group Managing Director of Suru Group, Edward Akinlade at his GRA corporate office on Tuesday, January 1, 2019.

The gospel singer was the only performer at the event; her presence attracted hundreds of her fans from.

She thrilled the enthusiastic crowd that filled the premises with some of her popular numbers such “E gbega e gbega, and Mo yin Oluwa among others.

Edward Akinlade said the occasion which was second of its kind, was meant to praise God for the landslide the council recorded in the outgoing year while asking God for more in 2019.

He said: “Today is not for long speeches as we are here to give thanks to God for protecting our lives all through this year. We are also using this opportunity to celebrate His birth. For the outgoing year, god has been faithful on our modest achievements. It is not our own making but God’s. We hope to surpass these achievements in the coming years and we are therefore also using this event to commit our plans to God.”

He thanked the workers, the traditional rulers and spiritual leaders in attendance for their support in making the company progress. He called on Nigerians to move closer to God in the coming year as He alone is the answer to all problems facing mankind.

Election: Recession May Continue In Nigeria In 2019 – Expert