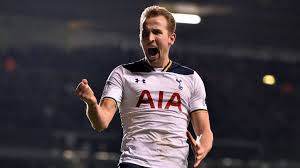 Ahead of a trip to Anfield on Sunday, Tottenham and England striker Harry Kane has been enjoying a “special” day as he was awarded with an MBE at Buckingham Palace.

“It’s something totally different,” he told BBC Sport. “I’ve never been to the Palace before and to be part of it was special. It’s a proud day for me and my family, and people who’ve helped me to get to this stage of my life. It was great to chat with the Duke of Cambridge.

“Sometimes you don’t get to appreciate what you’ve done in your career, and it’s quite surreal. When I’m done I’ll take time to look back.”

Kane was also asked about the racist chanting that blighted England’s 5-1 win over Montenegro on Monday.

He said: “You could hear it when we were there. I thought our players dealt with it in such a good way and they did everything perfectly. We spoke about it afterwards in the changing room, and the most important thing for us as team-mates is to support them. They were focused on the pitch and did their jobs, and it’s down to people in charge to take right action.”

Asked if he would lead his players off the pitch if necessary, Kane added: “It’s hard to say. I hope that never happens, it’s something that will be down to the players if it happens again. Whatever they want to do, I’ll back them. As for people in charge, it has to be dealt with in the right way. Football is a worldwide sport and seen by millions of people so it’s important we do the right thing.”