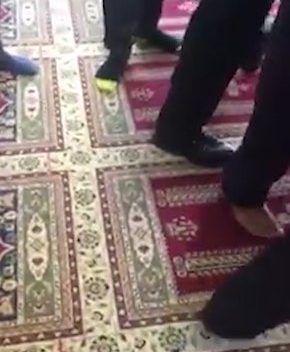 An imam in Plateau state reportedly hid over 200 people, including Christians, inside a mosque during the recent attack in the state.

According to BBC Pidgin, the religious leader, whose identity was not disclosed, saw people fleeing Birkin Ladi local government area where part of the killings took place.

He was said to have rendered them assistance by offering a mosque in Nghar Yelwa, his village, as a place of refuge.

The imam was said to have hid the women in his house before taking the men to the mosque.

“I first took the women to my personal house to hide them there,  then I took the men to the mosque to hide, ” the imam reportedly said.

After hiding them,  some armed men reportedly approached the imam, asking him to identify the Christians among the people.

He was said to have lied that they were all Muslims. According to the report, he laid on the floor, begging the armed men to leave.

One of the survivors of the attack lamented the death of his son.

Another man expressed sadness over how more than 60 victims were buried in a mass grave.

“Look at how they are buried,” he said crying.

“Where do we run to?  We were born here and we grew up here but they want us to leave. To where?”

Over 100 people were killed in the attack.