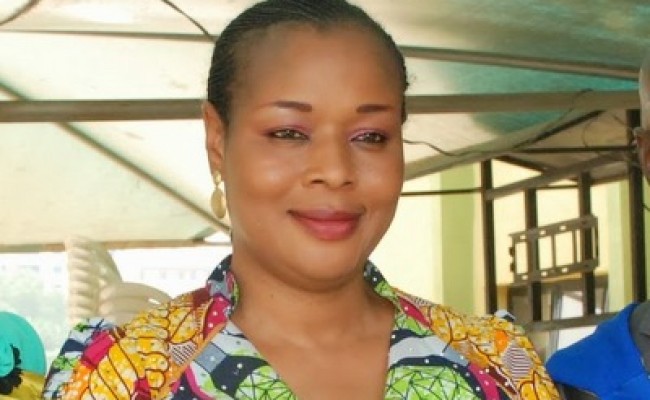 Sunday 23rd June 2019 was a day set aside to mark the posthumous birthday of late Prince Micheal Atobatele, who died in 2016 after a brief illness. He is the son of Prince & Princess Bola & Toyin Atobatele. And to mark his posthumous birthday, a football competition was organized to celebrate the day. This was the vision he had before his death.

Hence, Sunday 23rd was the 3rd edition of the football competition, an empowerment programme under Prince Michael Foundation.

PMAF was set up to contribute to Nigeria’s development by inspiring an entrepreneurial mindset in less privileged youths; challenging them to aspire to greater heights and empowering them with the necessary skills and platforms to actualize their dreams.

Another reason why the Prince Micheal Atobatele Foundation was set up was to give hope to the destitute, less privileged and down trodden in society by educating, empowering and ensuring their overall welfare. And it is also to organize seminars, talk shows and conference that can educate and counsel youths on entrepreneurship, etiquette, morals and self-development to attain the level of self-sufficiency.

The foundation also supports up and coming Nigerian fashion brands by giving them a platform to showcase their creations. This includes an annual fashion show supported by Garmsport.

The winner (Caleb International College) won 50 thousand naira, while Landmark College got 30 thousand.  Speaking at the event, the mother of late Prince Micheal Atobatele, on the essence of PMAF Football Competition, she said “It’s a way to celebrate her son’s birthday. “His birthday happened to fall on June 23rd. My son was a football lover.  He was an addict of Man. U. So, when he passed on, every edition of his birthday since 2016, we usually hold this competition. We have about 24 schools who participated in this year’s competition. The competition started over 10 days ago. We always hold the final on his birthday which is 23rd of June.

Prince Atobatele Foundation had so many parts. Part of what the foundation is about is Empowerment. From the time he passed on about 3 years ago, we have been able to empower 50 youths with sewing machines because he loved fashion when he was alive. Before he passed on he was 23. He studied in the UK, himself and his friends. He had already founded a company. They had been doing a lot before he died and that’s why we decided to empower fashion designers because he loved fashion. And God has helped us so far, we have been able to do 60″.

Princess also said that, she wants to make the foundation more elaborate “You know every big thing has a little beginning.

This is our little beginning. And I see Prince Micheal Atobatele. Foundation going high up there.

READ ALSO: WHY IT MAY BE DIFFICULT FOR SUPER EAGLES TO WIN AFCON – FOOTBALL ANALYST, MITCHELL OBI

Why It May Be Difficult For Super Eagles To Win AFCON – Football Analyst, MITCHELL OBI

Why The APM Took PDP To Court...