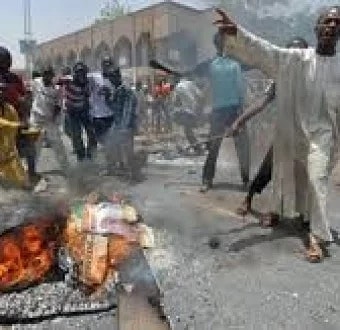 The Minister of Defence, Mansur Dan Ali, on Tuesday, said fresh intelligence had exposed the complicity of some “highly-placed traditional rulers” in the ongoing killings of Nigerians across the northern parts of the country.

Deadly attacks blamed on “bandits” have increased in north-west states of Zamfara, Sokoto, and Katsina, with hundreds killed in recent months.

In the northeast, attacks by the insurgent group Boko Haram have continued, affecting mostly Borno, Yobe and Adamawa.

The widespread killings by rampaging armed bandits had prompted a surge in military and police deployment in those states, with President Muhammadu Buhari promising an escalation of security response if required.

The government on Sunday ordered the immediate stoppage of artisanal mining in Zamfara saying it had confirmed the attacks had links to the illegal exploration of solid minerals in the area.

Mr Dan Ali in a Tuesday morning statement to Journalists said unnamed but high-profile traditional leaders had been identified as culpable in the violence and vowed that they would not be spared.

Mr Dan Ali said locals, especially in Sokoto, Katsina, Zamfara and other parts of northern Nigeria ravaged by faceless gunmen, should “rise in unison to support all government’s efforts” aimed at addressing the crisis, especially because soldiers and other elements in the armed forces cannot combat it alone.

“It is instructive to mention here that insurgency and terrorism are global phenomena that cannot be addressed through military actions only,” Mr Dan Ali said.

“However, in spite of the concerted efforts of the Armed Forces and other security some unpatriotic persons including highly placed traditional rulers in the areas were identified as helping the bandits with intelligence to perpetuate their nefarious actions or to compromise military operations,” the minister said.

Mr Dan Ali did mention the names of traditional leaders suspected to be fueling the violence, or whether any of them had been arrested.

A spokesperson for the ministry did not immediately answer requests seeking comments.

The minister also said the suspension of mining across Zamfara was amongst the key decisions the administration believed were key to returning normalcy to the region.