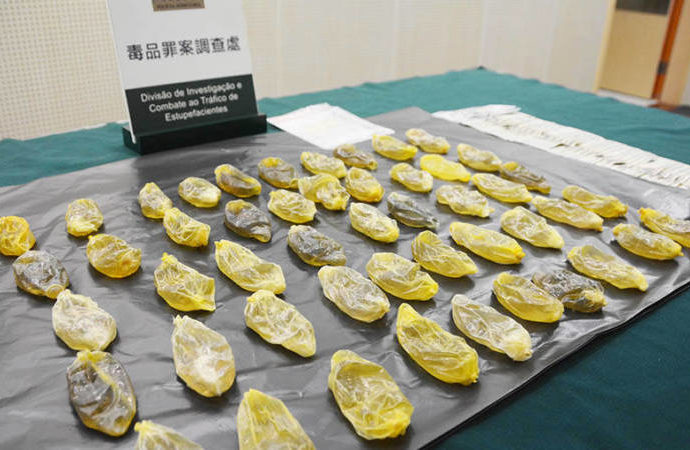 Interpol’s Singapore office, which said methamphetamine remains the region’s most trafficked substance, highlighted the rising trend in a report on an international anti-drug operation in May.

The campaign, called Operation Lionfish – ASEAN, involved more than 2,000 police and customs officials in 14 countries, said a statement from the Interpol Global Complex in Singapore which coordinated it.

It focused on drug trafficking through airports while a second phase will target land and sea borders.

The operation “revealed a network of West African and Asian organised crime groups behind trafficking in methamphetamine — one of the most smuggled drugs in the region,” the statement said.

Of 59 seizures during the two-week period, nearly a quarter of the drugs confiscated was methamphetamine, of which nearly 80 percent was in crystalline form known as “ice”.

Cocaine, cannabis, heroin and amphetamine stimulants were also among the drugs seized, it said, adding that smugglers were becoming more innovative.

Authorities in the United Arab Emirates have identified a rising trend of liquid cocaine being trafficked, Interpol said.

“Smugglers would swallow condoms packed with liquid cocaine,” it said, adding that this type of concealment is harder to detect using traditional methods like X-rays.

Interpol said it identified a “cocaine trafficking route via Ethiopia to destinations in the Middle East, Asia and Pacific”.