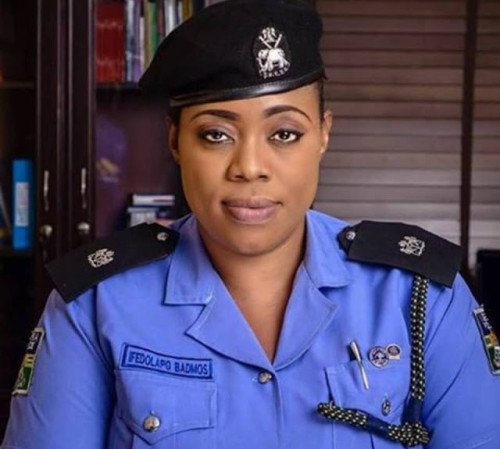 The Zonal Police Public Relations Officer, PPRO, Dolapo Badmus, has lashed out at those condemning the Inspector General of Police, IGP, Ibrahim Idris over alleged inability to read his speech.

Last week, a video showing the Police boss struggling to read at a function in Kano, surfaced online.

However, reacting to the video, both the police and the Presidency insisted that the footage was doctored.

Berating persons criticizing the IGP, Badmus said anyone who used a “doctored” video to judge Idris was delusiona–

In a post shared on her Instagam page, @opetodolapo, Badmus maintained that the police boss was intelligent and hardworking.

”My allegiance is to Federal Republic of Nigeria and my loyalty to the Inspector General of Police”, she wrote.

“I maintain, if a video doctored by some set of criminals probably under investigation is the only reason you have, to say that a gallant and hardworking IGP is not brilliant then you are delusional!

“I say it again and now louder!!! I AM PROUD OF MY IGP!!! God bless NPF, God bless Federal Republic of Nigeria, God bless.”