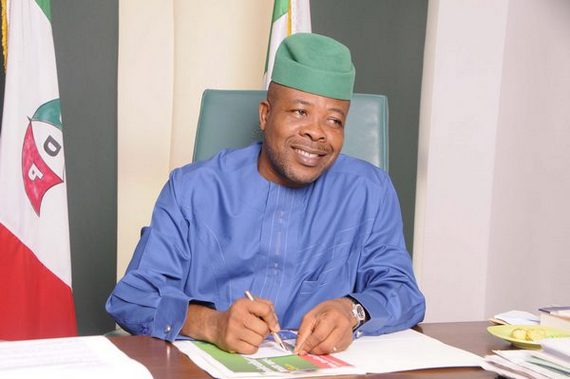 Uche Nwosu, Senator Rochas Okorocha’s in-law has withdrawn his lawsuit against the election of Governor Ihedioha weeks after the Supreme Court nullified his candidacy as the gubernatorial flagbearer of the Action Alliance (AA) in the March 9, 2019 general election.

Nwosu’s counsel, Mr. Solomon Umoh (SAN) who confirmed the withdrawal of the lawsuit said on Tuesday January 14, that it is based on the Supreme Court Judgement delivered on December 20, 2019.

“Based on the judgment of this court in appeal SC. 1384/2019 delivered on December 20, 2019, and subsequently, on my advice to my client, we have decided to withdraw this appeal.”

Recall that the Supreme Court affirmed that he was bound for disqualification based on his double candidature.