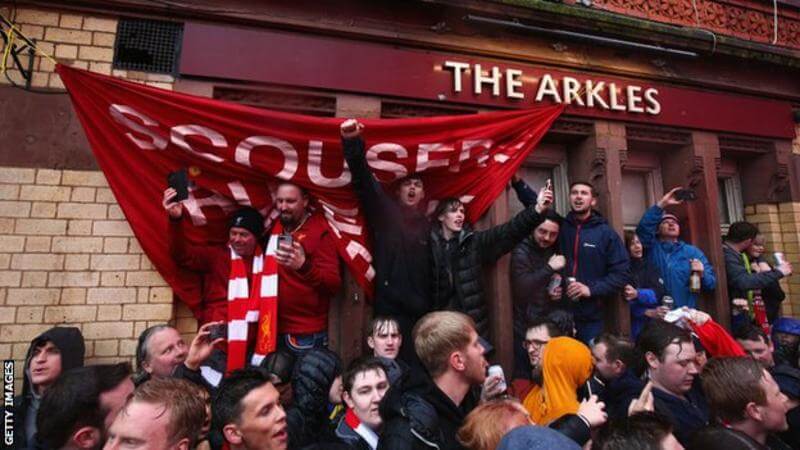 Liverpool have warned their supporters that “under no circumstances” should they attempt to walk to the Stadio Olimpico for Wednesday’s Champions League semi-final against Roma.

The club have sold 5,000 tickets for the second leg and Italian police say they “guarantee the safety of fans”.

But the Reds, who lead 5-2 after a first leg marred by pre-match violence, have now issued new safety advice.

“Supporters are strongly advised to use shuttle buses,” a club statement read.

“Under no circumstances should supporters attempt to walk to the Stadio Olimpico.”

The advice comes just a day after Liverpool manager Jurgen Klopp said he “really hoped everyone can walk to the stadium and look forward to an intense, fantastic and very important football game”.

The club also warned against Liverpool supporters walking back into the city after the match, saying they “should instead use the taxis that will be made available”.

Last week’s first leg at Anfield was overshadowed by an attack on Liverpool supporter Sean Cox, who suffered head injuries and remains in a critical condition.

Two Italian men have been charged over the incident.

In keeping with advice from Rome police, Liverpool supporters have also been told not to travel alone or wear club colours.

They have also been told to avoid areas in the north of the city, particularly in the vicinity of Ponte Milvio.

British police personnel are in Rome to back up their Italian counterparts, with authorities saying 1,000 officers are being deployed around the Stadio Olimpico in addition to a further 2,000 throughout the city.

Other measures include a complete alcohol ban as well as a crackdown on fake tickets.

Manchester United issued a similar warning to fans going to the stadium for a Champions League tie in 2007.

UCL: Liverpool Warns Fans Not To Walk To Stadio Olimpico When was last modified: May 2nd, 2018 by Damilare Salami

My Wife Once Added Rat Poison To My Meal, Man Tells Court