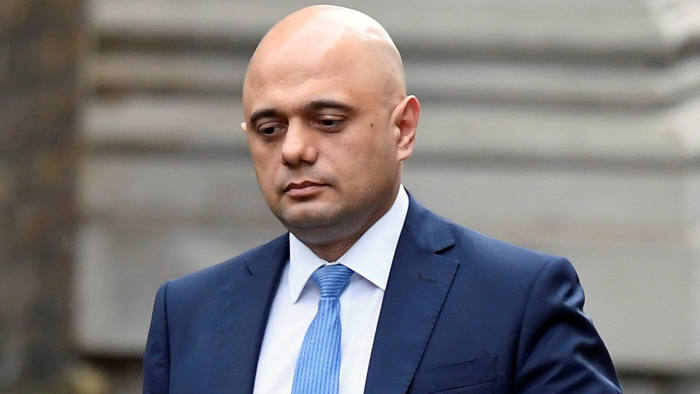 Javid’s resignation meanwhile came two weeks after Brexit and a month before he had been due to deliver his first annual budget on behalf of Johnson’s Conservative administration.

“Volatility has been injected into the markets on the back of the news that Sajid Javid, the chancellor, has resigned,” CMC Markets UK analyst David Madden told AFP.

“The news caught traders by surprise. Sterling has the biggest reaction to the news — it initially sold-off, but it since recovered all the lost ground and is now back above the pre-announcement level.”

British news agency the Press Association quoted a source close to Javid as saying he resigned after refusing to carry out Johnson’s demand that the chancellor sack his entire team of aides.

Global stock markets meanwhile slid Thursday after a dramatic spike in the number of coronavirus deaths and cases in mainland China, with traders concerned about the economic impact.

Chinese authorities have changed the way they count infections from coronavirus — officially named COVID-19 — and the latest reports propelled the nationwide death toll to 1,355 and the infection count to nearly 60,000.

China has been praised by the World Health Organization (WHO) for its transparent handling of the outbreak.

There is, however, still scepticism among the global public, with suggestions that Beijing may be concealing the scale of the problem the way it did during the 2002-2003 SARS epidemic.

See the Brave Couple Who Soaked Themselves...