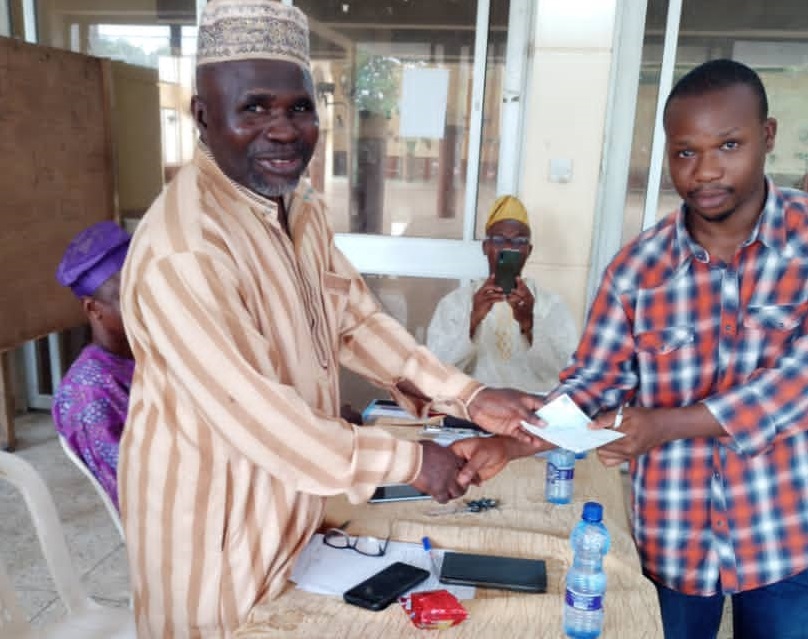 The University of Ibadan Muslim Graduates’ Association extended hands of benevolence to twenty indigent Muslim students as it gave them scholarships to help them pursue their academics.

The 15th edition of the annual check presentation to beneficiaries was held at the University of Ibadan Central Mosque on the 5th of April, 2021 at the instance of members and other students.

Scholarship totalling about six hundred thousand naira was awarded to the beneficiaries made up of 19 undergraduates from both University of Ilorin and University of Ibadan and a PhD student.

While giving a pet talk, a renowned counselor, Alhaja Aminat Arogundade said giving scholarship of this nature is not just about handing over cheques to beneficiaries but helping Muslim students through a journey to reach his/her potentials. She charged the beneficiaries to be of good behaviour, studious, spiritually sound, benevolent to the society, and always appreciative. Meanwhile, she prayed for the students generally wishing them academic excellence which will be impactful in all ramifications.

Welcoming the beneficiaries, the President of the association, Alhaji Abdulmajeed Imran was thankful to Allah for making the year’s scholarship a success. He however charged the beneficiaries to be good ambassadors of Islam and adopt the act of benevolence to both Muslims and non-Muslim.

Meanwhile, the chairman of the scholarship committee, Alhaji Abdul Wale Adelakun appreciated all and sundry at the event for their support in making the programme a reality. He appealed to members and well-wishers to continue to support the scheme with more donations.

The scholarship scheme of the University of Ibadan Muslim Graduates’ Association was designed to support Muslim students with financial challenges as a way of contributing to humanity. Since its inception, it spent almost ten million naira reaching out to a large pool of indigent students as beneficiaries.

What Many Don’t Know About Late Prof....