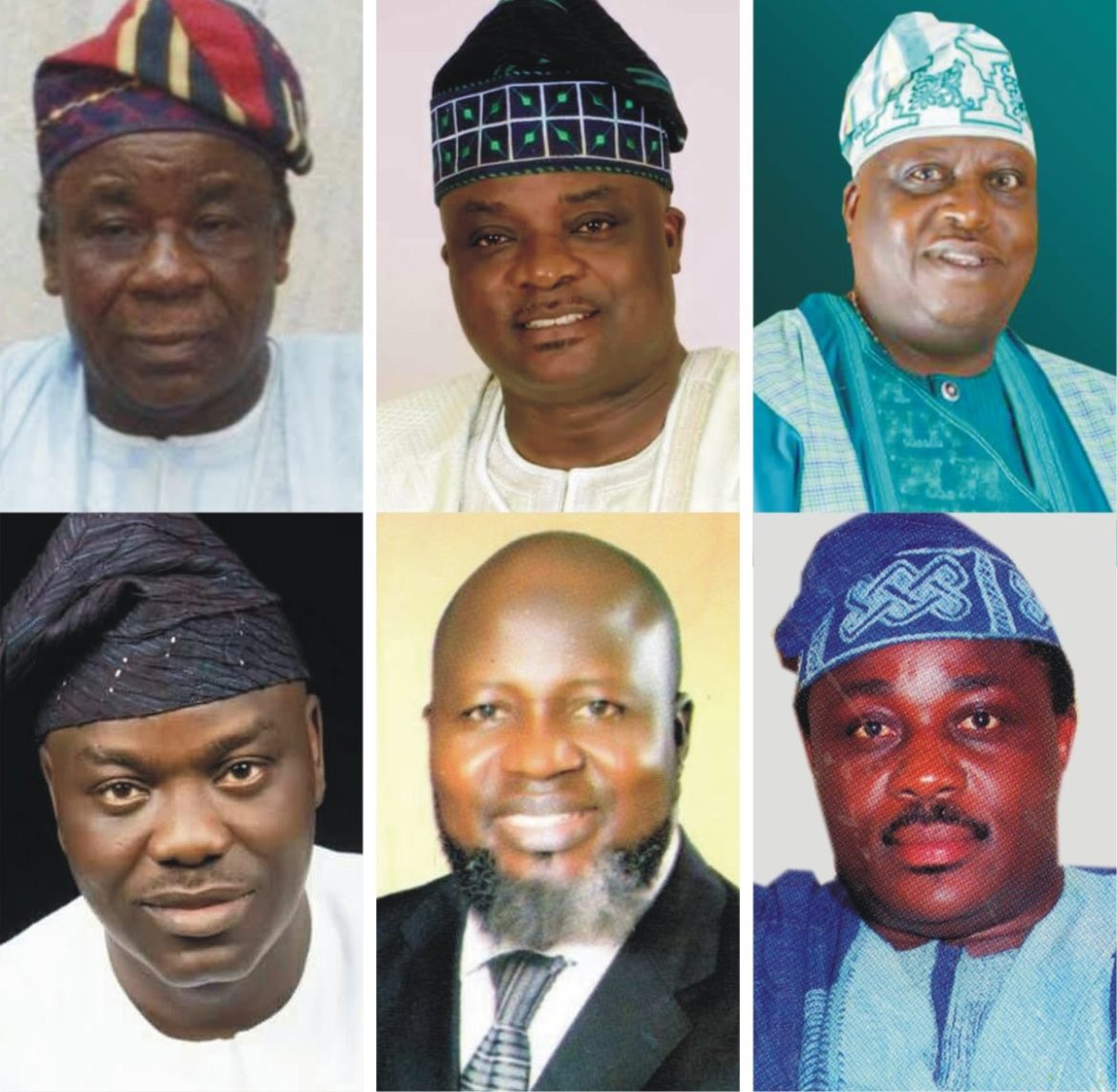 As the race to Agodi Government House of Oyo State ahead 2019 election hots up, one topic that has continuously re-vibrating within the political sphere is Oke-Ogun agenda. Not less than ten prominent aspirants, from various political parties,  who are indigenes of the zone have signified their interest to succeed the current governor, Senator Abiola Ajimobi, at the expiration of his second term tenure come 2019. OKe-Ogun, the second largest of the 5 zones in Oyo State, consists of 10 local governments (before creation of new LCDA), is believed to be the most marginalised. There is Ibadan (11 LGs), Oke-Ogun (10 LGs), Ogbomosho (5 LGs), Oyo (4 LGs) and Ibarapa (3 LGs). The zone, known as the food basket of the state due to its landmass and agricultural potentials, had only produced deputy governors; Barrister Iyiola Oladokun and the present Deputy Governor, Chief Moses Alake Adeyemo. It has also produced a Speaker, Hon. Mukail Alarape and Secretary to the State Government, Chief Micheal Koleosho. It is because of the aforementioned reasons and many more that people of Oke-Ogun are clamouring for the zone to produce the next governor. Some leaders of the zone including former Minister of State for Agriculture, Chief Bamidele Dada; former Deputy Governor Chief Iyiola Oladokun and Former Secretary to the State Government; Chief Michael Koleosho; traditional rulers, professional bodies, students and youths as well as a pressure group under the auspices of Oke-Ogun Development Consultative Forum (ODCF), have al been networking and campaigning for Oke-Ogun agenda. In this special report, City People’s Dare Adeniran presents to you 10 top aspirants from Oke-Ogun who are interested in the number seat of the state come 2019. People of the zone has since been rallying support from other zones in order for their dream of ruling the state be actualized.

Barr. Abdu-Raheem Adebayo Shittu, the incumbent Minister of Communication is one those who will battle for APC ticket. He was a member of the Oyo State House of Assembly in the second Republic at the age of 26, under the umbrella of the then ruling party in the state, Unity Party of Nigeria (UPN). He also served as Commissioner for Home Affairs and Information in the three-months tenure of Dr.Victor Omololu Olunloyo. Adebayo Shittu hails from Oke-Ogun, Saki East Local Government area of Oyo State.He was the Attorney General under Senator Rasheed Adewolu Ladoja. ‘The Bayo you can trust’ as he was popularly known was also a gubernatorial aspirant of the

CPC in the year 2015 general election.

Chief Moses Alake Adeyeo, the cuurent Deputy Governor of Oyo State, is from Oke-Ogun in Igboho. He is on his second term running and he was once a local government Chairman under the late Alhaji Lamidi Onaolapo Adeshina’s government in Oyo State. He has been in government since the inception of this administration.

Adeolu Akande is a visiting Professor of Political Science and Public Administration at the Igbinedion University, Okada, Edo State and former Special Assistant to former Vice President Atiku Abubakar. He is also the immediate past Chief of Staff to Governor Ajimobi. He is an indigene of Otu in Itesiwaju Local Government Area of Oke-Ogun. He is a member of Oyo APC.

He is another aspirant from Igboho in Oke-Ogun.Engineer Aderemi Olaniyan is a retired civil servant who spent almost thirty-five years in the service of Oyo State government. He started his educational career from his local area in Igboho, he is a technocrat. He worked in different ministries of the Oyo State before he retired. Olaniyan was the General Manager of Oyo State Road Maintenance Agency (OSTROMA). He was a prominent member of Accord party in the state bfore he joined APC.

The immediate past Joint Admissions and Matriculation Board registrar, Professor Dibu Ojerinde is another big wig from Oke-Ogun whose people are clamouring for to run. Though the professor of Tests and Measurement, has not made former announcement but we heard he has embarked upon a wide consultation.

The honourable commissioner for Lands Housing Survey & Urban Development, Omodwu, is one of the core loyalists of Gov. Ajimobi. He wants to put to use the wealth of experience he has gathered over the years.

The Executive Head, Editorial Board of The Guardian Newspapers and former Editor- in-Chief of the newspaper is from Okaka in the Itesiwaju Local Government Area of Oke-Ogun. Since the seasoned journalist turned politician, Debo Adesina announced his decision to run for the guber race, he is been working tirelessly to make sure his dream come to pass.

The Iseyin born former Federal honourable has joined the guber race and has since commence a serious consultation within his party, PDP. He represented Oyo North Senatorial district in the country’s Upper Chamber between 2007-2011. While at the Senate, he was a member of couple of committees- Works, Public Accounts, Millennium Development Goals, Land Transport, Ethics & Petition and Agriculture.

Ahmed is a leading Senior Advocate of Nigeria. He is also the Founder/Principal at Ahmed Raji & Co. He was appointed by the President and Commander in Chief of Armed Forces of Nigeria as the Resident Electoral Commissioner where he served in five different states in Nigeria for eight years. His expertise and experience extend to diverse and broad areas of practice, including litigation, mediation and arbitration, banking and corporate finance, maritime and admiralty, election matters and telecommunications. He has about thirty (30) years experience in administrative and constitutional matters, criminal law, debt recovery, and other areas of practice. He was part of the team that successfully defended. His wealth of experience is the main reason his people want him to contest the number position oi the state.

He is the former Commissioner for Education in Oyo State. Prof. Solomon Olaniyonu is been described as a candidate to beat any day. He believes strongly in Oke-Ogun cause and he is said leaving no stone unturned to be able to clinch his party (APC)’s ticket in 2019.

Why I Am Passionate About The EDUCATION Sector – Mrs. YINKA OGUNDE, CEO, EDUMARK