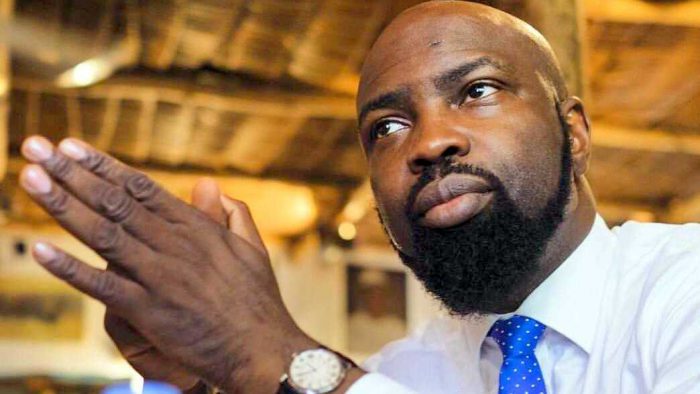 The police have released Audu Maikori, the CEO of Chocolate City Entertainment, roughly 24 hours after he was arrested, his lawyer said Saturday.

Mark Jacobs, who had been with Mr. Maikori as legal counsel since he was picked up Saturday, told PREMIUM TIMES his client was released around 6:30 p.m. after providing a surety.

“He’d just been released,” Mr. Jacobs said, adding that he will return to the Force Headquarters on Monday for further investigation.

Mr. Maikori was arrested in Lagos around noon Friday by a team of policemen attached to inspector-general monitoring and intelligence team and was immediately transferred to the Force Headquarters in Abuja.

Mr. Jacobs said the arrest was in connection with a series of tweets posted by Mr. Maikori about four weeks ago in which he alleged the killing of some Southern Kaduna residents by Fulani herdsmen.

But details of the tweets, which Mr. Maikori said were obtained from his driver, turned out to be false, earning him a vicious social media backlash.

Mr. Maikori later retracted and apologised for the false information. A magistrate in Kaduna issued a warrant for his arrest, his lawyer said.

“He’s in our custody where we’re investigating all the allegations against him,” Mr, Moshood told PREMIUM TIMES by telephone. “He will be charged to court promptly.”

When asked about the chances of taking the music label executive to court on Monday, the police said they were unsure.

Mr. Moshood could not say when the investigations would be concluded to pave way for Mr. Maikori’s arraignment.

“You know investigation is a scientific approach —to actually tell the court that ‘this is the person that committed so, so and so offence’. So there’s no timeline for conclusion of investigation,” he said.

On why Mr. Maikori was arrested in Lagos and transferred to Force Headquarters in Abuja when his alleged crimes were against the people and government of Kaduna State, the police said they have unlimited jurisdiction across Nigeria.

The arrest sparked nationwide outrage between Friday night and Saturday, and Nigerians expressed disparate opinions in a debate over the matter.

A former Minister of Education, Oby Ezekwesili, disclosed on Twitter she had contacts with the Kaduna State Government to resolve the matter and get Mr. Maikori out of detention.

Ms. Ezekwesili, an avid social media user, said she told Governor Nasir el-Rufai in a discussion Saturday to consider clemency for Mr. Maikori. But that the governor complained about the negative impact Mr. Maikori’s false information had on the deadly attacks in the state.

“I asked the @GovKaduna to consider @Audu ‘s apology and his unfortunate arrest as a TEACHABLE MOMENT for both the Government & everyone.

“At the end of our discussion, @GovKaduna agreed to ACT and FREE @Audu quickly and end this unfortunate development. WILL WATCH OUT FOR IT,” she said.

How much impact the former World Bank executive’s intervention had on the release of Mr. Maikori was not immediately clear and the police said they were not privy to any outside negotiation. They also maintained such negotiation may not necessarily affect their activities as law enforcement authorities.

“We’re not aware of any discussion. It has nothing to do with our investigation. You can’t join the police and the governor,” Mr. Moshood said.

Shortly before his release, Mr. Maikori told PREMIUM TIMES he could not wait to have his day in court.

“Really, for me, I am just waiting for Monday so that we can go to court,” he said when asked being pardoned by the Kaduna government. “I want the law to take its full course.”

“I am a lawyer and I understand that justice must not only be done; it must also be seen to be done. So let the law take its full course.”

Mr. Jacobs told this newspaper his client was released on bail after providing a surety. The police also said he must return to the Force Headquarters by Monday morning, but it remained unclear if he would be arraigned then.

Over 200 have been killed and thousands more displaced in the latest violence between Fulani herdsmen and southern Kaduna residents.

Mr. El-Rufai said the attackers were herdsmen from neighbouring countries who had returned to avenge attacks on their relatives and livestock back in 2011.

The governor came under fire after admitting he had sent payments to the attackers to compensate for their losses, as part of efforts by his government to end the bloodshed.

A foundation laid by the Nigerian Army for the construction of a military base in the area was destroyed last week.

Ms. Ezekwesili said the governor told her the arrest of Mr. Maikori will serve as a strong deterrence to other would-be merchants of inaccurate information, especially on the ongoing crisis in Southern Kaduna.