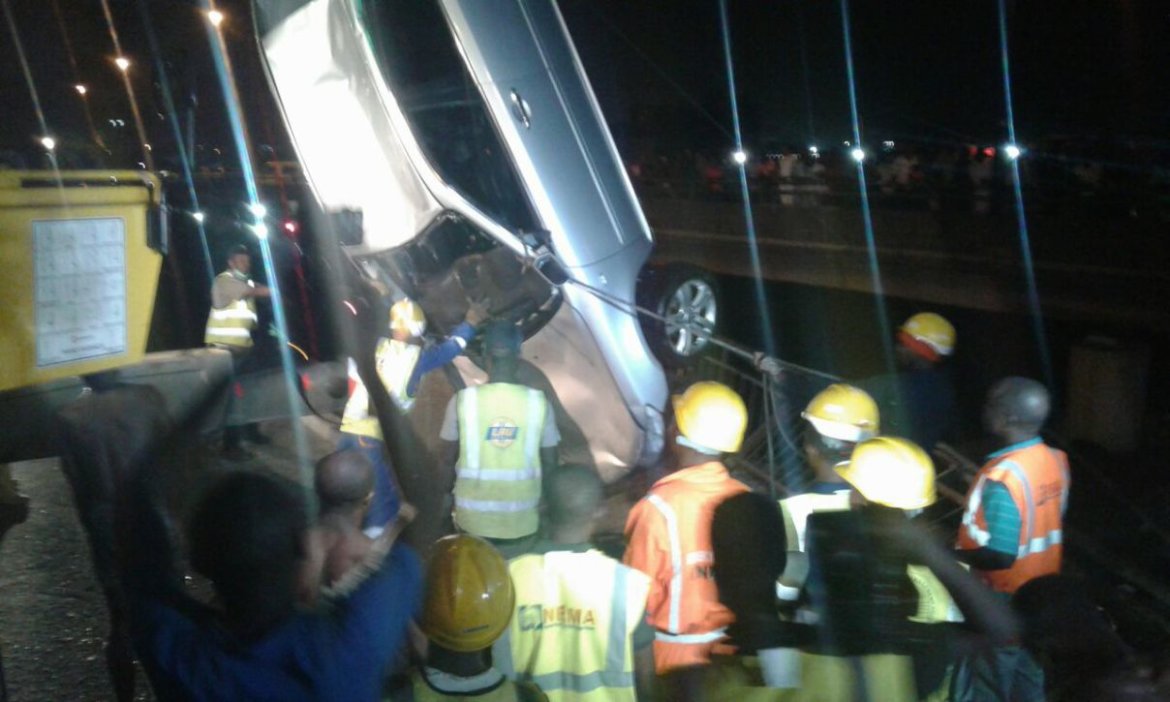 Tragedy struck Saturday night when a silver-coloured Kia Rio car plunged into the Lagoon at Mekwen Bridge, Bonny camp, Marina, at about 7.47 p.m., killing a woman.

The incident involved two occupants who were identified as Felix Aniele and Chinagorom Adibe.

PREMIUM TIMES gathered that when the incident occurred, Mr. Aniele, who drove the car, swam out to the river bank.

The other occupant, a female identified as Chinagorom Fustine, however, got  trapped in the vehicle and drowned with the car in the Lagoon.

LASEMA’s spokesperson, Kehinde Adebayo, said the recovered car has since been towed to Bar Beach Police Station, while the corpse was deposited at the Mainland Hospital Mortuary, Lagos.

The General Manager LASEMA, Adesina Tiamiyu, said that a full scale investigation surrounding the incident would be conducted by appropriate authorities.

He, however, advised motorists to observe utmost safety while plying the road.