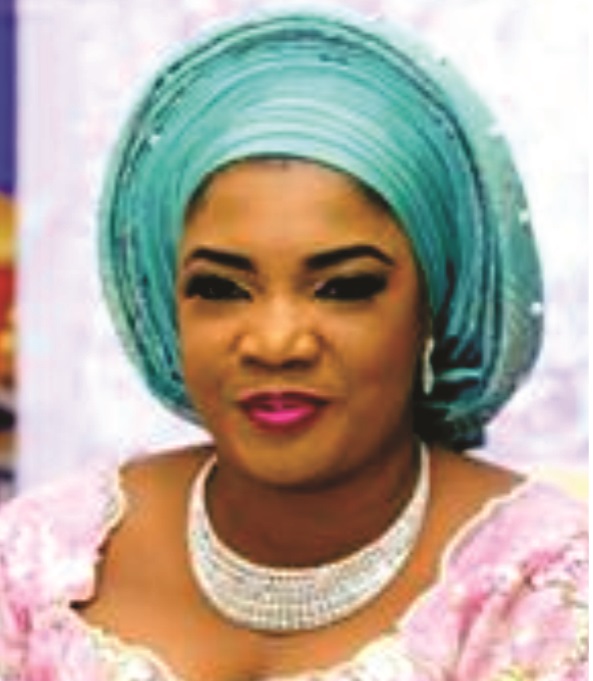 It was an evening of unlimited fun in Chicago when US big babe, Nike popularly called Nikki Shittu celebrated her 50th birthday. The classy party was a lavish one as big boys and babes flew in from different part of the country to celebrate with her. The party started with a pre-birthday party on Friday, 12th May and the proper party was on Saturday 13th May, 2017. City People Society Editor, TAYO FAJORIN OYEDIJI serves you gists. 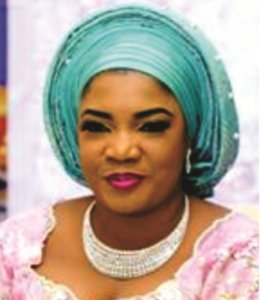 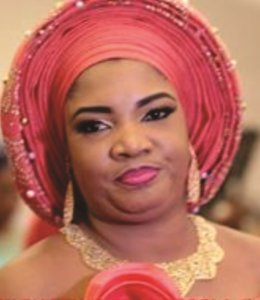 Nike fondly called Nikki Shittu did not let anyone steal her show as she dazzled in beautiful outfits for both days. The pretty lady wore a lovely net white top and a skinny jean for her pre birthday party on Friday. She really digged it down with her friends as they enjoyed unbeatable music from lewd singer, St. Janet. On Saturday, she wore a beautiful net sequined pink lace matched with torquoise blue headgear, shoe and purse. Her lovely diamond jelwery was on point. She then changed into the coral lace aso ebi that she chose for her friends for her second look. Later in the evening, she changed into a beautiful silhouette ivory dress and a matching gold shoe to match for the dinner. Her make up also suits her well and made her glitter. Guest could not but stare at the birthday girl, as she aged gracefully into golden club.

HOW CHICAGO WAS SHUT DOWN FOR THE 2-DAYS PARTY

All flights and trains led to Chicago for Nike Shittu 50th birthday party and the golden party was sure not devoid of all the paraphernalia of a classy one due to the status of Nike and her husband in Chicago. They are well loved by many people and this was conspicuously seen at the party as the hall was full to the brim. The party was lit and bigger boys and babes added finesse to the fun. Nike’s party was one that was on the lips of many people for that weekend because everyone prepared well for the 2 days. They all wore lovely outfits and partied hard for both days. The dress code for the pre birthday dinner was white top on a blue jean while there was aso ebi for the proper birthday party.The party venue which seated over 500 guests was beautifully decorated in colour white and gold. There were 2 cakes made for the celebrant and her daughter, a 4 tier all white cake mixed with gold petal décor.There were lot to drink and eat as delicious food were in surplus and exotic drinks flowed like water. 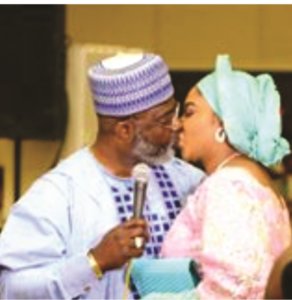 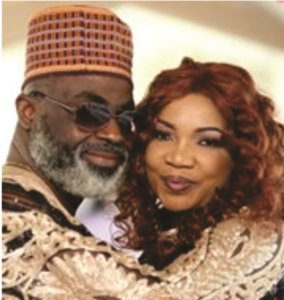 NIKE’S HUSBAND WAS ALL OVER HER

Nike’s husband, Joseph Bamidele Ogunnaike was all over Nike all through the day. He was well dressed for the party and he was the one that put all the party together. He wore a lovely black tuxedo suit for the party and later changed to a sky blue outfit for the evening event. He was the perfect host and made sure everyone was well taken care of. His mother was at the party and also his siblings. He also spoke glowingly about his wife of over 2 decades and raised a thunderous happy birthday song for his jewel of inestimable value.

The party was a 2-in-1 event as Nike’s daughter, Jadesola also turned 21 and she celebrated the day alongside her mum. She was beautifully dressed in the same outfit with her mum. Her friends were all also at the party and wore a royal blue sequined aso-ebi. Her other 3 siblings also joined her and their parents in celebrating their day. 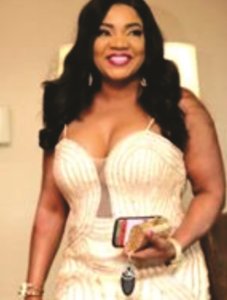 WHEN HER FRIENDS OF OVER 30 YEARS FLEW IN FROM LONDON, NEW YORK AND NAIJA

At the party were numerous big boys and babes who not only came to celebrate with Nike but also to support her. Many of her friends who flew in from different countries have been her friends for over 30 years. They attended the same school. At the event were Funsho Oyedetu, Seun Pinhero, Funmi Sijuwade Olujumu, Yejide Aderinola, Tutu Boston, Mopelola Bakare Fari, Tope Oyike, Bisola Abiodun, Bose Trendy, Toyin Winfunke Raji Atinuke Ashiru and many others.

The MC for the party was no other than London big babe, Lola Ayida Awosika. She runs a thriving event management company, P2P Events. She flew in all the way from London to celebrate with her friend and also to be the official MC of the day. She was wearing a nice mint green sequined lace matched with a multicolored Aso Oke headgear. They have been friends for close to 40 years. They both went to the same secondary school, Lagos Anglican Girls, Surulere, Lagos. She took all her lines very well and coordinated the party accordingly.

The celebrant, Nike and her husband, Joseph arrived the venue of the reception in a mint white Rolls Royce and they shone like a star that they are. It was a beautiful arrival where some close friends ushered her and her husband into the prestigious venue. They both look lovely in their dinner outfits.

THOSE THAT MADE IT HAPPEN

The event was well packaged and professional vendors were all contracted to make sure it was an hitch free party. Most of the event vendors flew in from London. P2P events packaged the birthday, catering was by qaato and Bolat restaurant. The lovely decor was done by Gleeterz events, coverage was by Temidayo Ibimidun of Temidayo royals from London. There were lots to eat and drink. Jollof rice on point was also there. Make up artist was Bunmi of Bum makeovers.

THE CELEBRANT’ HUSBAND WAS A GOOD COMPOSER

The highlight of the party was when it was time for Nike’s husband to give a special remark about his wife. He thrown everyone into an emotional mood.With a baritone voice,he held the audience spellbound took guests back memory lane when they met and how their marriage has lasted for several years. He says” Nike!!!when i first met Nike , I dedicated a song to her and used to play it for her everytime. She is worth more than a million. Beautiful inside and outside. many years ago, 3 ladies went into an expensive store to buy a dress in their community for a competition.they all went into the shop,picked the dress and fitted it and dropped it.

The last lady went in, fitted it and picked it. She was gorgeously dressed and won the competition.The reason I used this analogy is this, out of the lot I chose to be with Nike because she is not only a friend,she is my bestfriend. The woman that turned my sorrow into happiness. The woman that brought out the love in me.That is why I will tell you that i have been searching until I got you.She is so close to me like my mother and my siblings. With Nike I am confident to leave my mum with her while I travelled round because I know nothing will happen to her.I dedicate this Joe music(I will never find another lover sweeter than you.) to you because you are special. If I have more than this,I will do more. I love you and this moment is what I have been waiting for to say how much I love you and I will forever love you.The most beautiful woman that lived on the earth.Nike you have not seen anything yet, please join me in congratulating my wife, happy 50th birthday.”. She and her husband sealed it up with a kiss and danced in a loving way to choice music from the DJ.

A GIVE BACK TREAT FROM NIKE TO HER HUSBAND

Nike and her husband are one couple whose marriage is been envied by many because of their closeness and love which was well demonstrated at the party. As a show of love and give back, few days after Nike’s birthday was her husband’s own, 18th May and she treated her husband to a romantic dinner at Grand Victoria Casino. The day did not go by without a lovely photo shoot of the couple as Joseph Ogunnaike enjoyed his day to the fullest.

US Big Babe, NIKKI SHITTU, Shuts Down CHICAGO was last modified: May 21st, 2017 by Reporter

How City People Covered Over 500 Parties...