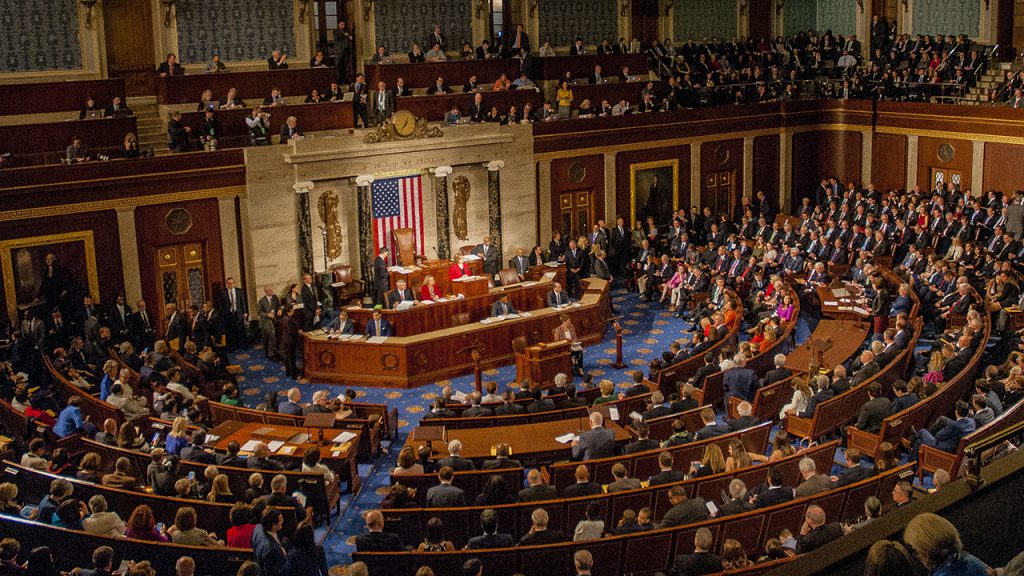 The US Parliament was presented with a classified briefing on the killing of Iranian army Chief, Qassem Soleimani on Wednesday by top administration officials.

The Democrats and Republicans were on ground to hear the briefing.

President Donald Trump was praised by his Republican for ordering Soleimani’s killing.

However, the Democrats said they were not convinced the “imminent threat” the administration claimed in its justification existed, Al Jazeera reports.

Senator Mark Meadows, who represented the Republicans, said, “Not only did the president make the right call but this was a clear and present danger for American interests and American individuals.”

He then described the US killing of Soleimani as “impulsive, reckless.”

Soleimani, who was the Commander of the Quds Force of Iran’s Islamic Revolution Guards Corps, was killed in a US airstrike on his convoy at Baghdad airport on Friday rising the tension of another World War.

The airstrike, which was an order from US President Donald Trump, has since generated a lot of controversies and reactions from world leaders.

Just yesterday, Iran launched over 15 missiles on US targets in Iraq in retaliation to the death of Qassem Soleimani, who was buried on Tuesday.

Iran had issued another warning that any US retaliation to the missile attacks in Baghdad would lead to an all-out war in the Middle East.