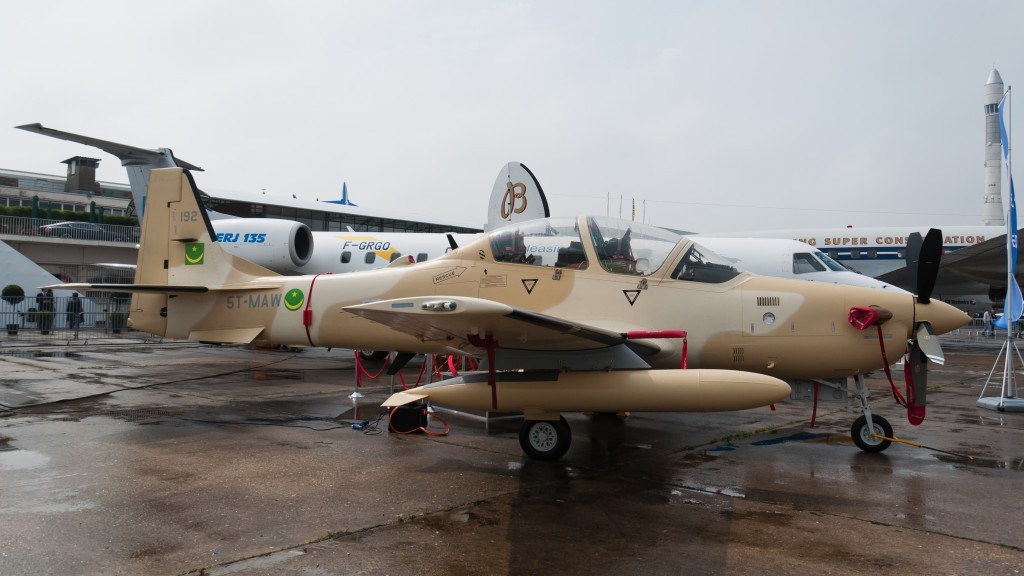 The United States Department of Defence on Wednesday announced it has awarded the contract for the manufacturing of 12 A-29 Super Tucano combat aircraft on behalf of the Nigerian Air Force.

The contract was awarded to Sierra Nevada Corporation, an American aerospace contractor, for an initial sum of $329 million. A clause, described as “undefinitised contract action (UCA)”, was, however, added that the contract sum could be varied, but not exceeding $344.7 million.

A defence contracting explainer said the UCA involves contracts whose terms, specifications, or price are not agreed upon before work commences.

This could be because the negotiation of a definitive contract action is not possible in sufficient time to meet the government’s requirements or a government’s interest demands that the contractor be given a binding commitment so that contract performance can begin immediately, and shall be as complete and definite as practicable under the particular circumstances.

Six of the aircraft would be equipped with Forward Looking Infrared System, a technology that senses radiation which is then converted to video output.

The aircraft would be built in Jacksonville, Florida, southeastern United States, and is expected to be completed May 2024.

“Foreign military sales funds in the amount of $220,167,735 are being obligated at the time of award,” the department added.

President Muhammadu Buhari placed order for the aircraft in April, following extensive discussions with the U.S. government that led to the relaxing of a moratorium placed on military equipment sales to Nigeria.

The Nigerian government transferred $469.4 million to the U.S. government in April, according to a letter he wrote to the National Assembly.

US To Manufacture $329 million Worth Super Tucano Combat Aircraft For Nigeria was last modified: November 30th, 2018 by Damilare Salami