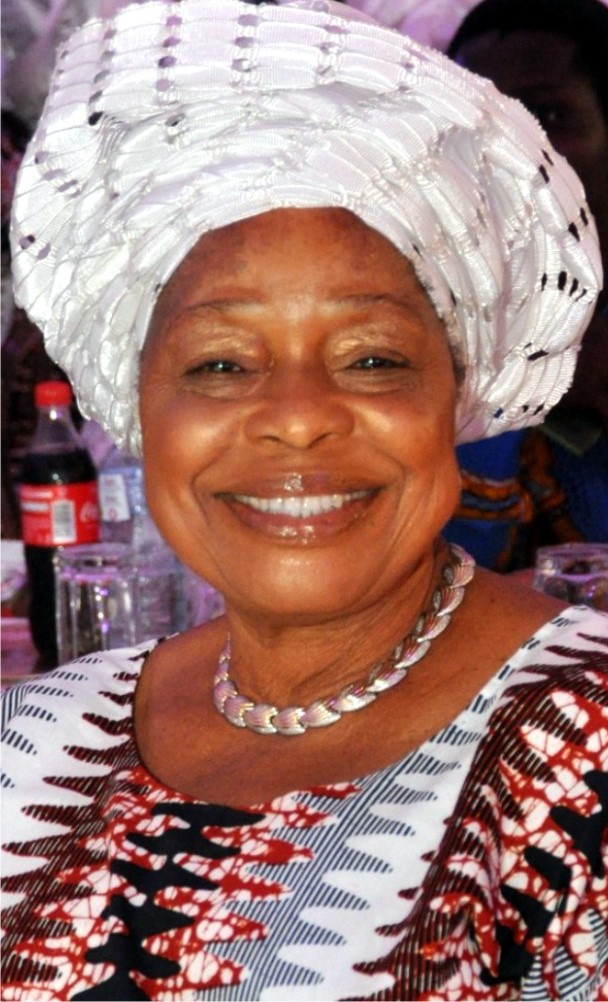 •Details Of The 2-In-1 Classy Event In LAGOS

On Wednesday, 8th May 2019, the National Association of Chambers of Commerce, Industry, Mines and Agriculture, NACCIMA, held a valedictory ceremony in honour of its 19th and first female outgoing National President, Iyalode Alaba  Lawson, a woman of virtue, whom God had helped to change the face of NACCIMA.

Iyalode Lawson took up the baton from Dr Bassey Edem in 2017 and within 2 years, she has proved her mettle and demonstrated that she is a beacon of hope, educationist, philanthropist, industrialist, community leader, opinion leader and a tower of strength for womanhood. This epitome of beauty inside-out has proved to the world that ‘what a man can do, a woman can do even better’. Many testimonies were given about her sterling qualities, and how God has used her to change the face of the industry.

Chief (Mrs.) Alaba Lawson is not only a philanthropist but also an extremely sensitive character. A great leader who will render assistance when needed, without regard for such divisive notions as a tribe, language and religion. She has used her fair sense of justice to influence and resolve many disputes. No wonder, the Radisson Blue Hotel, situated at 34-40, Isaac John, Ikeja GRA Lagos couldn’t contain the large crowd that came to honour her. The hotel was literally busting at the seams on the day the Lord made to reward her dexterity, tenacity and indefatigable spirit.

The ceremony was a 2-in-1 event. The 2nd segment of the event was also dedicated to a great man, a big fish in the industry, a man who has, over the years, contributed his quota to the growth of the industry and comfort of homo sapiens, a man of many parts and sterling qualities, a man of great honour, Giwa Bisi Rodipe, FNIM; LMNIM. It was the night of his investiture, as Honorary Life Vice President of NACCIMA.

Giwa Bisi Rodipe, a man, who has made his passion a sustainable forest wealth creation, and endowed with considerable clout and experience, was the Chairman of Ogun State Agric Development Corporation as well as the sectoral chairman of the products and furniture sector of the Manufacturers Association of Nigeria, MAN. He was honoured for his contribution towards the growth of NACCIMA.

It is no more news that Giwa Bisi Rodipe, son of a Cocoa, Kolanut Plantation Farmer, belongs to the exclusive club of high-class activists, which includes the likes of a former American Vice-President, Al Gore, Kenyan Wangari Maathai, both Nobel laureates and former President Olusegun Obasanjo, who has planted more than 2.5 million trees. But what is new is that this great man has a private forest of over 600,000 trees, which include mahogany, Walnut (Sida), Teak, Opepe, Masonia and Appa to mention but a few.

City People’s Assistant Editor, SUNDAY ADIGUN, was there and brings you gist from the event.

It was, indeed her day. Many guests were already seated, awaiting the arrival of the celebrator. She came in at 4:45 pm. She came in looking elegant and beautiful, the 19th and first female President of the National Association of Chambers of Commerce, Industry, Mines and Agriculture, NACCIMA, Iyalode Alaba Lawson, MFR, F.loD, JoP. She was a cynosure of all eyes immediately she stepped into the beautifully decorated reception of Radisson Blue Hotel. One could not but easily notice an aura that perceptibly surrounded her. Her style stood her out. She spotted an expensive green skirt and blouse lace. Iyalode Lawson looked much younger than her age. She looked very active, beautiful and bold.

GUESS WHO THE CHAIRMAN OF THE DAY WAS

The chairman of the day was the outgoing Governor of Ogun State, Senator Ibikunle Amosun. One could easily tell that Gov. Amosun and Iyalode Lawson are very close. Or how would you describe an event that had the Governor already seated before the commencement of the event? It showed how close they are. The governor exuded joy as he greeted the dignitaries from one table to another. Though he left some minutes after delivering his speech, it was apparent that if he didn’t have a very important appointment to attend His Excellency, would have loved to stay till the end of the programme.

For the programme that was scheduled to start for 4:00 pm, Giwa Bisi Rodipe was there before 4 pm. That simply showed the kind of man he is. Gorgeously dressed in complete Lemon colour Agbada with a cap to match, Chief Bisi Rodipe quietly sat at the Radisson Blue Lobby, welcoming his friends as they arrived one after the other. As it were, Gov. Ibikunle also joined him where he was seated before the event commenced.

After the ushering in of the celebrator, Iyalode Lawson and His Excellency Sen. Ibikunle Amosun, the event kick-started as the Mc invited Chief (Mrs.) Nana Okuribido for the opening prayer.

And it was time for the Chairman of the day’s speech. His Excellency, Senator Ibikunle Amosun, in his speech, eulogized Iyalode Lawson for a job well done. He commended her efforts on how she managed and changed the face of NACCIMA. He also talked about the relationship they shared. He appreciated all the guests for taken out their time to honour Iyalode Lawson. He also commended Chief Giwa Bisi Rodipe for his commitment and passion towards a sustainable forest wealth creation.

AND GIWA WAS HONOURED

Behold! The moment guests had waiting for, the investiture of Chief Giwa Bisi Rodipe as Honorary Life Vice President of NACCIMA. It was a joyful moment for the octogenarian. Engineer Rufai Muhammed, Chief Odeyemi, Dr Ajayi and Iyalode Lawson were invited to the podium by the MC for the decoration and presentation of the Award Plaque. One of the dignitaries who decorated him said nice things about him. He also spoke about his relationship with Giwa Bisi Rodipe for over 46 years and cited many outstanding qualities of the man called Chief Giwa Bisi Rodipe.

WHAT GIWA BISI RODIPE SAID ABOUT THE INVESTITURE

The investiture was an overwhelming and unexpected honour for him. Chief Bisi Rodipe reminisced on his journey in life. He talked about his involvement and commitment to NACCIMA. He also emphasised that NACCIMA gave birth to Ecobank. He didn’t forget to appreciate all his friends who graced the occasion and also thanked the National Association of Chambers of Commerce, Industry, Mines and Agriculture, NACCIMA for the honour.

After Giwa’s remarks, the presentation of the publication in honour of Iyalode Alaba Lawson: ‘SERVING THE CHAMBERS was done. She gave her valedictory speech and the event was brought to a close after the goodwill messages from friends and families.

How City People Covered Over 500 Parties...