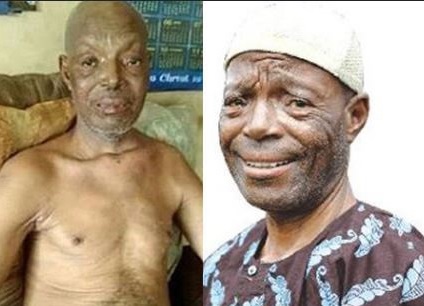 The news of his death was announced on Sunday and confirmed by many actors. According to source, the Nollywood actor died at Hopewell hospital in Ikorodu, Lagos State

Alabi Yellow’s ill-health was first made known last year. He was said to have suffered stroke after his wife’s death in March, 2018 . His condition was so bad that he moved to his hometown Ikorodu to live with his mother.

His last known movie role was in Kunle Afolayan’s Mokalik.

The fair-complexioned thespian hailed from the Olowo busan-busan family of Ikorodu. He was also a leader in the Celestial Church of Christ.