Veteran Nollywood Actress To Be Buried In March 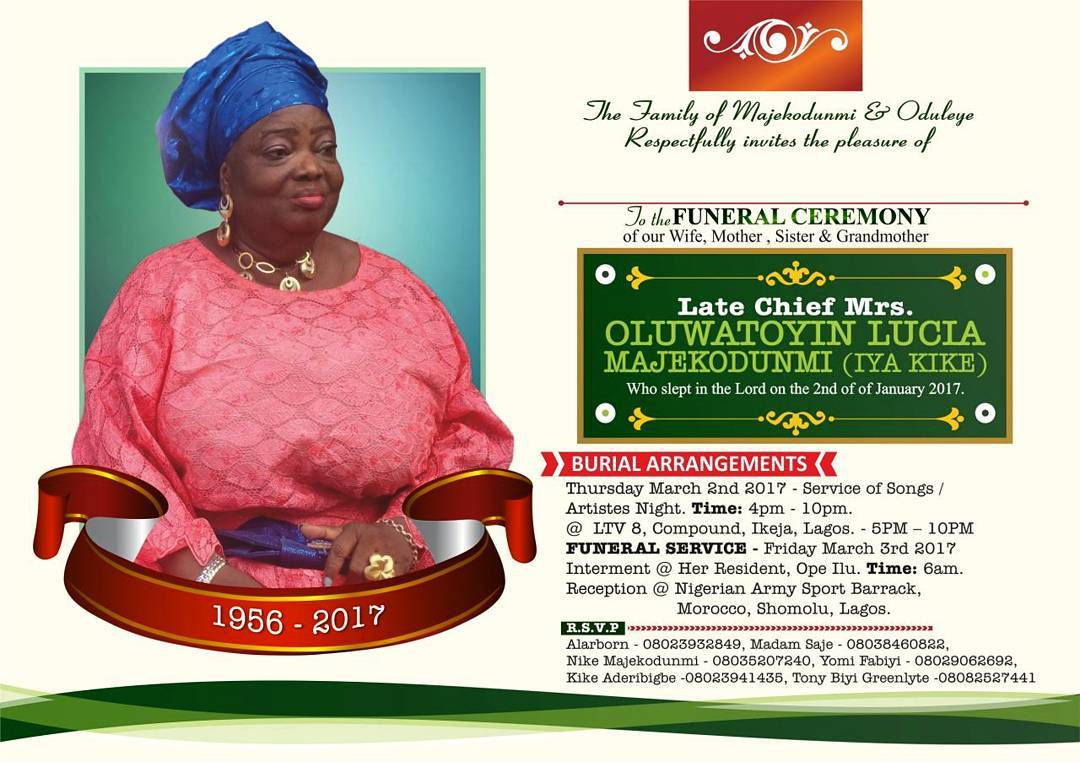 Popular Nollywood star fondly called Iya Kike and wife of BabaKeere aka Adalu-epo, Mrs Oluwatoyin Lucia Majekodunmi who died sometimes Last year due to health-related issues is to be buried. The burial plan was announced by Nollywood star, Yomi Fabiyi on his Instagram handle a few minutes ago. It read“

Veteran Nollywood Actress To Be Buried In March was last modified: January 19th, 2017 by Abiola Orisile